THE CURIOSITY GAP – By Paige Nick

I tried to divorce myself last week, citing massive disappointment.

If Albert Einstein were alive, you do think he’d ever click on a listicle showing what the children of our favourite famous actors look like now?

Does the guy who invented Bitcoin, or the woman training to go into space or searching for a cure for cancer, glance over both shoulders to check nobody’s watching before they click through to an illustrated piece detailing what Goldie Hawn and Kurt Russell don’t want you to know about their marriage?

I’ve made it through two decades on the internet managing to smugly and stoically avoid all the ‘you won’t believe want happeneds’ and the ‘things were going so well until she did thises,’ which is why I was so sickened to find myself clicking through to a link to ‘Ellen Degeneres sells her house (again) for 9.9 million dollars.’

Was it worth the clicks? I’m not sure. It’s a week later and I still feel dirty, brain dulled and self-loathing. Maybe this is what caused all those people to vote for Trump. Although I enjoyed seeing what the chat show host and Portia’s house looked like, there’s something morbidly fascinating about wealth and excess, and a roller rink next to the kitchen. Even as you click you know you’re being played, you’re complicit, yet… you. still. can’t. stop. looking.

The psychology behind why we click is called the ‘curiosity gap’. Damn you for making me curious, internet. Plus, there are a lot of baddies out there right now, so maybe we need the odd listicle to dull the pain.

Saying you didn’t know what you were doing is always a good excuse if you get caught in an infinite Who Wore It Best? circle of clicking hell. If you don’t know where you are on the net, and the ‘Oh my god, you won’t believe this headline’ isn’t a dead giveaway, then the comments sections are also a good indication that you’ve strayed into clickbait territory. Just look out for digressions that lead to angry, accusing or trolling back and forths over race, patriarchy or veganism. Do we really hate ourselves this much?

If only I’d just stopped clicking on the Fifty Grown Up Children of Superstars, before I’d seen the first ten I barely recognise, and the thirty-six ads for cellulite blasting secrets, and nine products I never knew were diet foods, which is really why this fluff piece was published in the first place. But now I’m too far in and I can’t stop. And if I don’t get to see what I ultimately came for, which is the only semi-interesting grown up kid of my favourite superstars, the one they hinted at in the ad (which obviously comes last, because it’s a stupid tax) then all of this is for nothing, and I’ve squandered the last ninety seconds of my life, and will have to perform hara-kiri with the sole of my shoe.

But we can’t just blame the advertisers here. I have to ask myself why I wanted to see what Demi Moore and Bruce Willis’ kid looks like now anyway? What sad thing happened to me during my childhood to make me care even remotely?

Everybody knows that when we click through these things we’re no better than a person who buys a magazine with the headline about the woman who gave birth to an alien baby or the man who woke up one day with a penis growing out of his thigh. From here it’s just a hop, skip and a jump into a trailer park, a Ninja or Baby hair cut and wearing shorts that show your underbutt.

Although I did feel slightly less ashamed after I pitched this piece to my editor, Stephen, and he admitted to watching 1000 Ways To Die.

I’d never seen it before, so I dipped into an episode on Netflix, which showed re-enactments of a bunch of idiots causing their own senseless and gruesome deaths. I judged Stephen for watching it of course. First quietly to myself, and then right here openly and publicly in this column. How can you watch this drivel, I thought, as I clicked through for my weekly dose of the Real Housewives of Some Awful City Where they Shout A Lot and Have Too Much Money and Privilege.

So I may fall right into Satan’s evil trap every now and then, and click through to ‘Oh my god you won’t believe what brain numbing nonsense and rubbish comes next’. But I reckon I can still hold my head high. At least I’ve never ever clicked on a Kardashian. Times are tough. But they’re never that tough.
@paigen 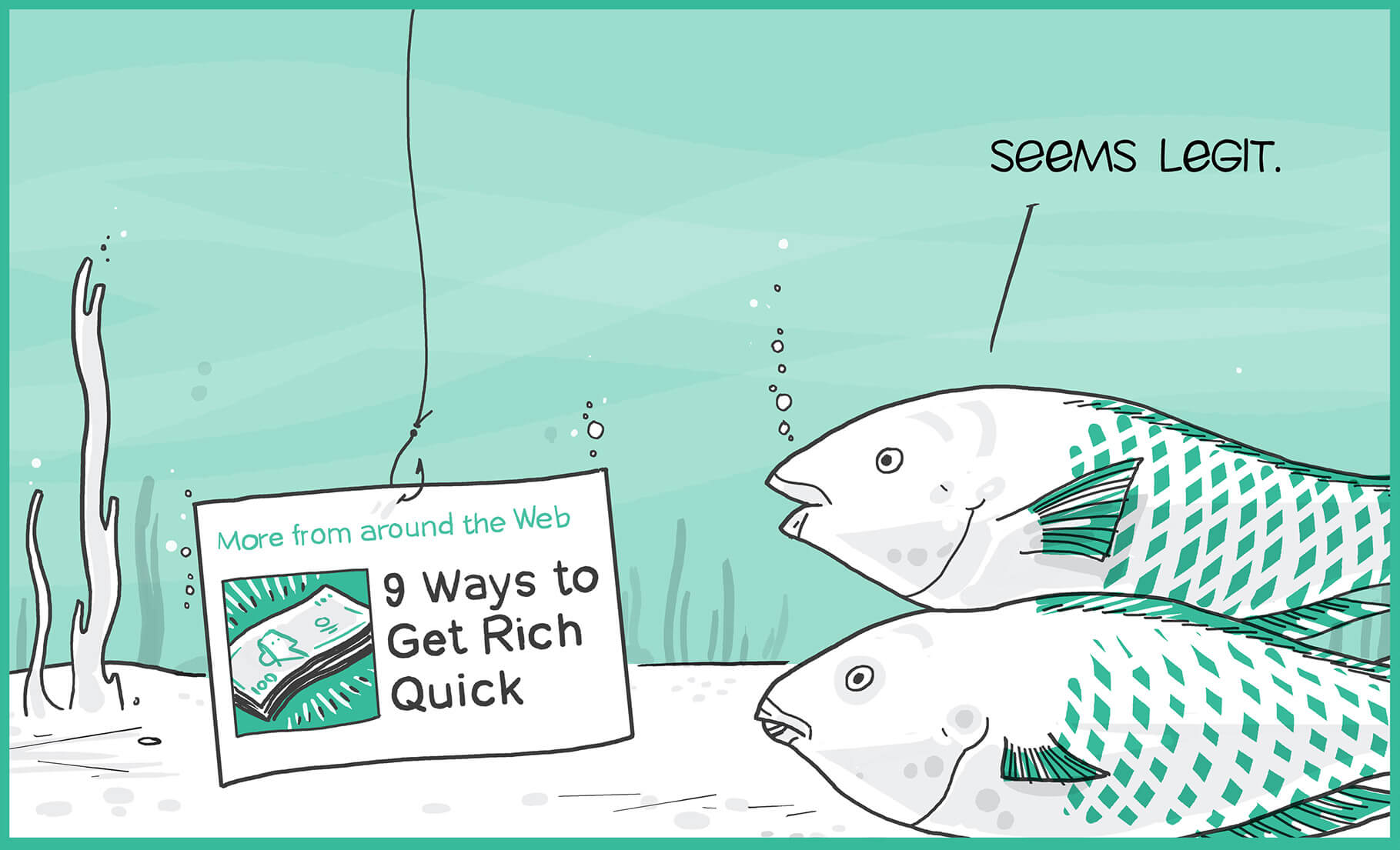