sometimes every now and then something comes along that just makes everything ok.

– paying taxes.
– being smsed pictures of strange men’s penises.
– dating men who refuse to use cutlery.
all these hard things in life can be cancelled out instantly by just one small other thing. like this thing i am about to show you now.
a lady named Julie Jackson woke up one day and decided that she loved her cat, Boone so much that she would design a series of wigs, specially for him (as one does). and that’s exactly what she did.
here are some of them modelled by boone the cat and some of his friends. 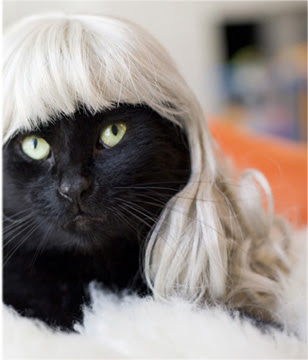 wigs for cats. why didn’t i think of that? 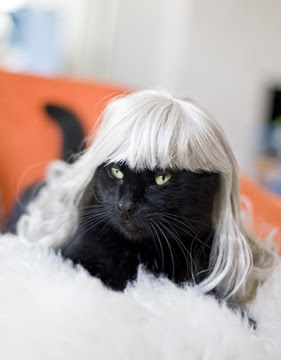 boone’s friend: dude boone, i thought you said we were going to chase mice today.
boone: we will, later. first just sit there and wear this.
boone’s friend: boone are you sure nobody will see these. i feel like a twat!
boone: of course, i promise. trussssst me, i’m a persian. 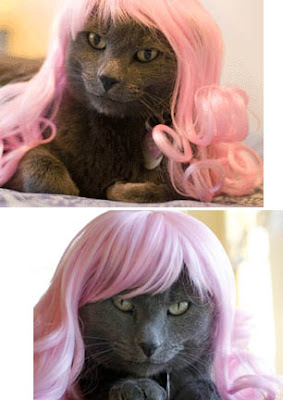 i must admit old kitty cat looks a little pissed off in that one. not sure i can blame him though. what self respecting persian boy cat wears a pink wig? (OMG! apologies Prussia and Pea, aparently this is a burmese, not a persian!) 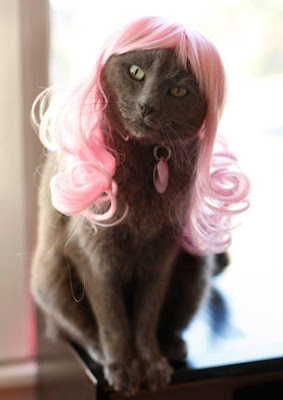 here he’s more curious, like he’s thinking por quoi? are you insane Julie Jackson?
and speaking of which, where’s the fricking tuna steak you promised me if i sat still in this fricking thing? 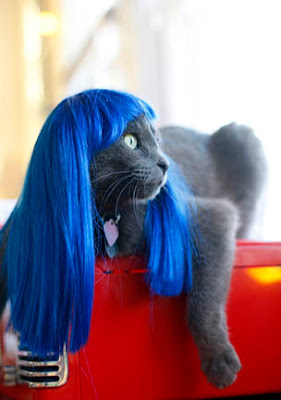 and then after a while the cats seem to just kind of get resigned to their fate. 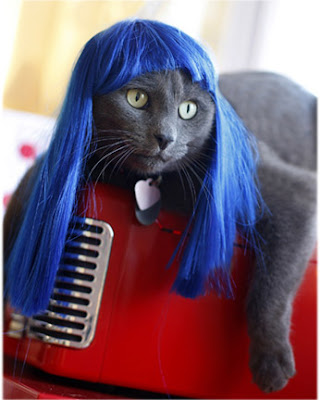 either that or he’s been stuck down onto that red thing with a roll of double sided tape. 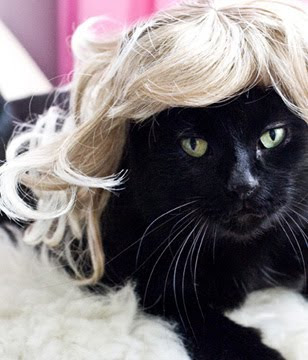 or they’ve been given drugs, that’s another potential explanation for such surprisingly still sitting cats. 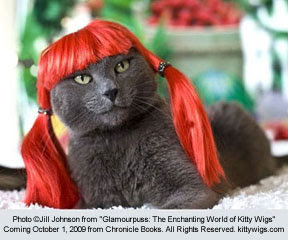 is it just me or does this red one look like an asian prostitute or a transvestite or something? 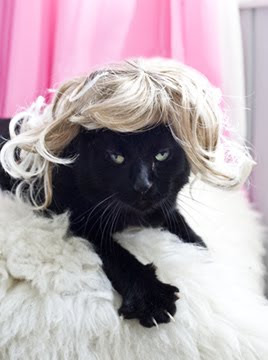 yeah, claws are out now.
in cat’s mind: if that julie jackson lady just comes one inch closer i’m gonna slash her in her human face.
ooooh boy, it’s so funny i laughed till i weed a bit, and milk came out of my nose, which is wierd cos i wasn’t drinking any milk at the time. Julie Jackson over at kittywigs.com i don’t know what your parents and siblings did to you when you were a little girl, but man am i grateful that they fucked you up enough for you to come up with this. it’s priceless!

5 responses to “wigs for cats”