This column first appeared in Sunday Times on 7th January 2018, in a slightly condensed form.

Guy* thinks his wife is cheating. I know this because he read my column a few weeks ago and then wrote in to ask my advice. He became suspicious when after seven years of ‘X’, his wife suddenly started doing some new weird kind of ‘Y’ in the bedroom, plus he says she’s commented twice in the last year on the size of his penis.

You have to wonder how little help there is out there, that a stranger like Guy has to resort to a newspaper columnist who has had a longer physical relationship with a bag of chips than any other human being.

But where else can the average Guy turn? The internet obviously, but this morning my query, ‘How to make my penis bigger’, spat out over seventeen million results in less than half a second. That’s a lot of unsolicited penis pump ads on your timeline and in your inbox till the end of time. And even if you did bravely click through some of those articles, whilst covering your eyes with three widely spaced fingers, how would you know where to start finding honest answers in amongst all of that?

But I didn’t want to let Guy down, so when the internet failed me (I accidentally clicked on ‘images’ and then had to throw my laptop out the window), I turned to the self-help section in my local bookstore.

The irony is that I had to ask for help finding the self-help section. Not a great start. Apparently that section isn’t called ‘Self-help’ anymore, now it’s called ‘Psychology’ or sometimes, ‘Mind, Body, Spirit’, and it’s located very close to ‘Religion’, which isn’t helpful. Guy and I can pray all we want; it won’t make his penis bigger or his wife stop cheating.

The first self-help book I picked up was called, ‘The Cosmic Power Within You’, by Joseph Murphy Ph.D., D.D., but disappointingly that turned out not to be about sex with a large penis at all.

I couldn’t find a single sex advice self-help book on the shelves. Thanks to the internet, kids no longer need to page through those and National Geographic Magazine, to see pictures of boobs, like we did in the eighties.

I’m sorry Guy, I tried. Your wife may well be cheating and have size issues, or maybe she just heard about that kinky ‘Y’ thing in a magazine. Or she could have overheard other people talking about it in the queue at the bank, and decided to give it a try. In which case, the polite thing to do would be to return the favour by trying something new yourself. Where to find something new to try in the bedroom? I was going to Google it for you, but luckily I threw my computer out the window. 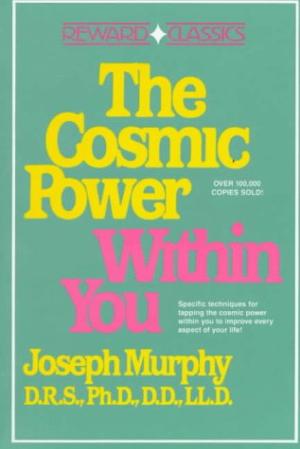