the ugly bridesmaids dress is the ultimate revenge.

guys you may not know about this. but if a girl is getting married, the trick is to make her bridesmaids look worse than her on the day. you see, nobody is supposed to look nicer than the bride. them’s the rules.

some girls just manage to take it a little further than others.

some brides do it on purpose. others don’t know they’re doing it and really think they’re designing amazing creations. it’s not their fault, it’s their wedding, they’re stressed.

so ugly dress dot com is an awesome website. full of the tragedies of weddings. i shall model some of these disasters for you below, shield your eyes if you haven’t had your coffee yet, there are some beauts! 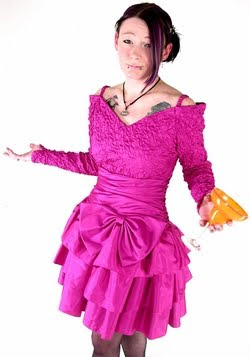 no wonder the bridesmaid is drinking. she would have to! 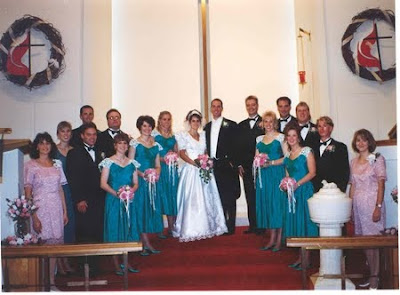 now these turquoise (can we call them turquoise?) creations above were clearly designed by the bride, who i believe actually thinks they’re beautiful. see, she made the two mothers wear the same dresses too. but maybe she’s colourblind? pink and turquiose? really? 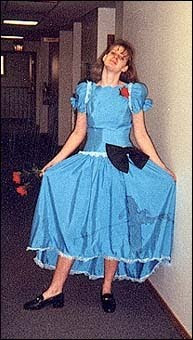 now this one is pure revenge. there’s no way the bride thought that was pretty. maybe the maid of honour (shown above) fucked the bride’s boyfriend in the 8th grade or maybe she read the bride’s diary when they were twelve. i don’t know what she did, but now it’s payback time! and there’s nothing the maid of honour can do but grin and bare it and then drink too much champagne and sleep with the best man. it’s the only way to make the night bearable. 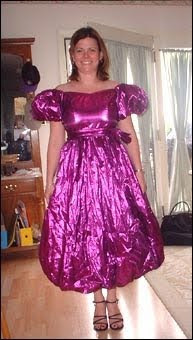 not quite sure what to say. other than i don’t know what this bridesmaid’s got to smile about. 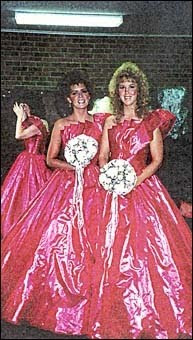 by the styling i’m guessing this was in the eighties. but still is that any excuse! 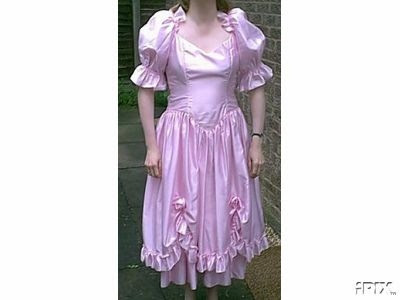 bwahahahahahahhaa jen, amanda, sam, chryssa, tee, karin, tamara, kathi, if i ever get married that pink dress above is what i’m making you girls wear! bwahahahahahaha without a doubt! 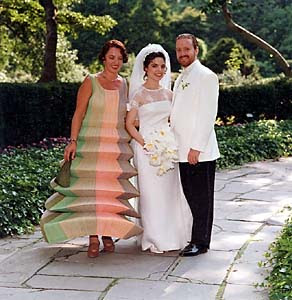 in retrospect she should never have told the bride her hair was too poofy, now she’s paying for it. 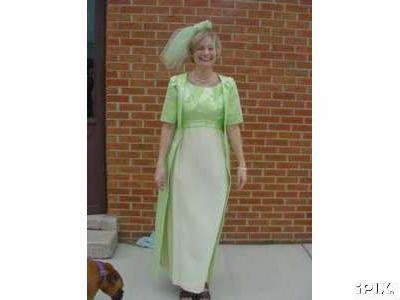 bet in the case above the bride told her, you’re going to love the dress i’ve had designed for you. it’s gorgeous. and you can totally wear it again some time! 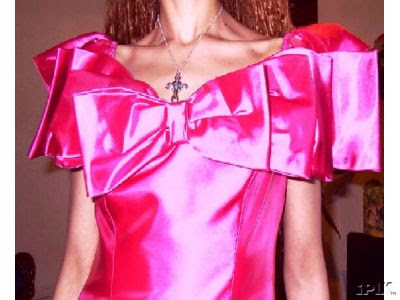 i believe that colour is called ‘pole dancer pink’.
and finally, i think this is a wedding dress, not a bridesmaid’s dress, but still it’s just too good to leave out.
it’s what to wear to your shotgun wedding: 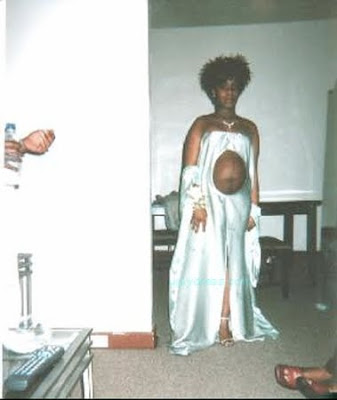