This first appeared in the Sunday Times Lifestyle section on 24th January.  But here’s the uncut version: 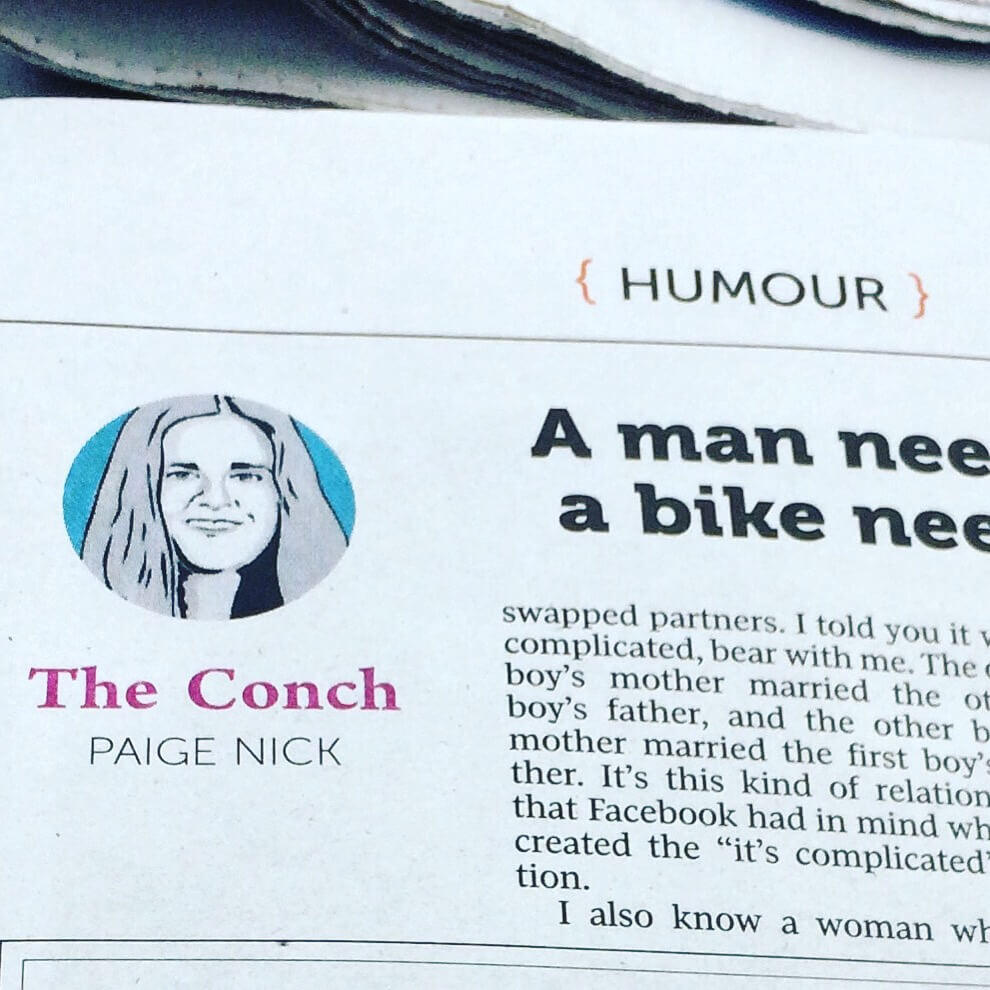 A HORSE FOR A HUSBAND

‘Trou is nie perdekoop nie,’ the woman said to me at the end of her divorce story, nodding and shaking her head at the same time. I’d never heard that saying before. It means getting married isn’t like buying a horse.

The saying struck me because a few days earlier I’d been chatting to a friend who knows a woman who just got married for the third time. To the same guy.

Either she has a very short memory or he has a very long penis. Trick me once shame on you, trick me twice shame on me, trick me three times, and you’re not getting one more wedding present out of me. I guess it’s a good scam if you can maintain it, but how many Carol Boyes gravy boats does one couple need?

Or maybe third time’s the charm, and a leopard can change its spots. When it comes to relationships, the clichés abound. The reason the cobwebbed sayings are still around is usually because they’re true. Well mostly, we seem to be dropping some along the way. Ask any fisherman. There may well be plenty more fish in the sea in dating, less so in the actual ocean.

There’s no simple way of telling this story. When I was in high school a billion years ago, two boys in my year’s parents swapped partners. I told you it was complicated, bear with me. The one boy’s mother married the other boy’s father, and the other boy’s mother married the first boy’s father. It’s this kind of relationship Facebook were considering when they created the ‘it’s complicated’ option.

I also know a woman who divorced her husband and then married his identical twin brother.

The interesting thing about these bizarre relationships is that they all seem to have finally found their happy endings after the false starts. Except for the third time lucky gang, who’s to say how that will end? Will their third try at the same marriage go the distance, or do they need a couple more divorces in their pockets? Hey divorce lawyers have to buy Porsches too.

First marriages have such a high failure rate, if I ever lost my mind and decided to get married, I’d definitely skip the first one and go straight into my second. Maybe second marriages are more successful because they come with the benefit of hindsight. Or perhaps when you go in for a second helping you’re a little more selective about what you put on your plate.

The truth is, they’re right, trou really isn’t perdekoop – I know because I’ve seen people buying a horse. The research is exhaustive. They check its teeth, feel its rump, look under the hooves. They find out who squired it and research its parent’s track records. They want papers and medical checks and guarantees. And then after all those hurdles have been jumped, they spend a truckload on it, and even more on insurance. Hey, maybe if trou was actually more like perdekoop these days, they would last longer.

Previous post
SHE SAID/HE SAID
Next post
What does Star Wars have to do with Valentine’s Day?