The Order of the Flying Spaghetti Monster

Happy Monday! Well sort of Monday, tomorrow’s a public holiday, so it’s a little like a mini Friday. Here’s yesterday’s Sunday Times column, and it’s illustrated, hope it brings even the tiniest smidgen of light to your day.
enjoy. x

Well, somebody had crack for breakfast, and it wasn’t me. (At least not this time.) A dude named Niko Alm from Austria, recently kicked up a massive stink with his local Department of Home Affairs until they eventually gave him permission to have his driver’s license photo taken while wearing a colander on his head. You know a colander, it’s that thing you use in the kitchen to drain your pasta. He said it was for religious reasons.

This is a true story. I read about it in the newspaper. This chap figured that since Jewish men can wear their yarmulkes, and Moslem men can wear their taqiyahs in their driver’s license pictures, that he should be allowed to wear his religious headgear too. 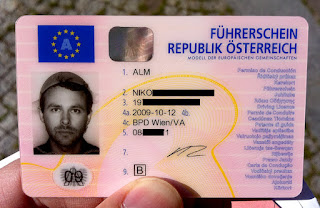 And so he wore a colander. He did this because he is a Pastafarian. Which is like being a Rastafarian, only a lot more ridiculous, and potentially with the same amount of weed. I checked and Pastafarianism is actually a pretty real religion. They worship at The Church of the Flying Spaghetti Monster. And celebrate Pastover (which falls over Passover), during which they eat masses of pasta. They also celebrate Ramendan (which happens over Ramadan), when they gorge themselves on Ramen Two Minute noodles. 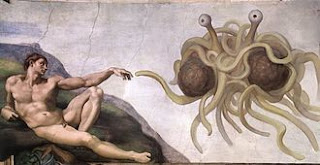 I know all religions can seem a little odd if they’re not yours, and I’m all for being tolerant of other people’s beliefs, but this one does seem a little on the kooky side.

But let’s not talk about religion, shall we. That always ends in tears. Rather let’s discuss the phenomenon of the driver’s license photo. Has anyone in the history of the world ever thought they looked good in their driver’s license, ID, or passport photo? I bet even David Beckham isn’t crazy about his, and Kate Moss probably thinks hers makes her look a bit like a drug addict.

So you have to wonder about this guy begging to wear a colander on his head. Why would you choose to look any more ridiculous in your driver’s license photograph than you already do? I read in a recent study published in my imagination, that they actually use a specially manufactured kind of film in driver’s license photo cameras. It’s designed to make you look awful. The film itself gives you crazy eyes, a strange gray complexion, and a somewhere in-between snarl and fake smile, and the camera literally does add ten pounds. In my ID photos I somehow always manage to look like I spent the night before in a prison cell.

In fact, I always feel a bit offended when the dude at passport control recognizes me from my passport photo. I want to shout at him, ‘What do you mean I can go through? Do you really think I look like that, you bastard! I look nothing like that I’ll have you know! The lady who took it had it in for me! And they used that special film that makes you look ugly!’

But I generally try to hold my tongue, contain myself and pass through customs quietly. Nobody wants to start their holiday off with a full body cavity search. Except maybe the guy with the colander on his head. 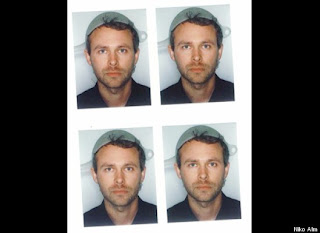