is it just me or is this weird…

i got an sms from this bloke, mr big. we’ve been flirting a bit recently, nothing’s actually ever happened between us. we flirt, it’s fun, a bit sexy. i’m not too sure about his vibe or his intentions. i’m open to checking him out, but recognise he’s a bit of a player, so my ‘weary metre’ works overtime with this guy.

anyway. it’s after 10pm on sunday night when the sms arrives.

i haven’t heard from him in a week or two, so it was odd and slightly out of nowhere.

five minutes later i get another sms –

says: ‘sorry that was meant for another paige. but nite anyway 2 u 2.’

1. and here i thought we had something unique and special going on. thanks mate! that makes me feel great! nothing a girl likes more than being some guys second choice after-thought paige.

2. this dude is flirting with two different paiges at the same time! how many single, elegible, local paiges can there even be out there? like i said, player of note.

3. i hate this 2 u 2 business – really. can’t stand it. i can kind of forgive it on twitter where you only have 140 characters to make a point, but it’s not acceptable in an email or sms, especially if you’re over 30 and managed to matriculate. 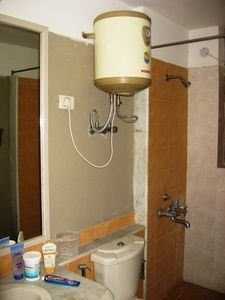 7 responses to “the dodgy geezer.”