We haven’t visited The Devil’s Dictionary in a while, so I thought it was time.

A quick update for those of you who have been doing crystal meth with a B-Grade TV star in Hillbrow for the last year and don’t know about The Devil’s Dictionary.
Ambrose Bierce was a writer who lived around the mid 1800’s to early 1900’s.
He rocked a rad moustache. 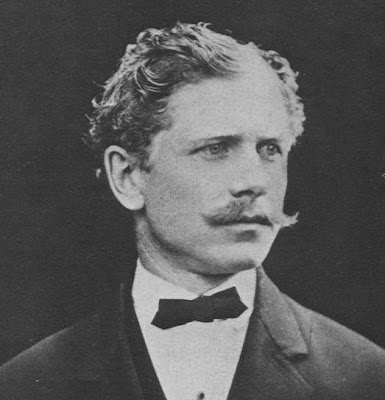 and he wrote The Devil’s Dictionary. 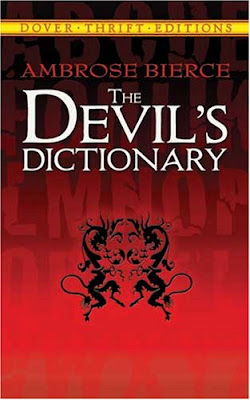 He was possibly the biggest darkest, satiricallist, dirtiest cynic to have ever lived. And that’s kind of what i dig about him.

Since I started writing this blog we’ve been systematically working our way through all the letters of the alphabet and some of his finer definitions.

We’ve gotten as far as the letter ‘P’ which with ‘poes’ and ‘penis’ and ‘penetration’ has been such a busy letter, I’ve broken it into two parts.

Pigmy, n. One of a tribe of very small men found in many parts of the world. The Pigmies are so called to distinguish them from the bulkier Caucasians – who are Hogmies.

Plagiarize, v. To take the thought or style of another writer whom one has never, ever read.

Plunder, v. To take the property of another without observing the decent and customary reticences of theft. To wrest the wealth of A from B and leave C lamenting a vanished opportunity.

Police, n. An armed force for protection and participation.

Politeness, n. The most acceptable hypocrisy.

Politics, n. The conduct of public affairs for private advantage.

Portuguese, n. pl. A species of geese indigenous to Portugal.


Pray, v. To ask that the laws of the universe be annulled in behalf of a single petitioner confessedly unworthy.

Prerogative, n. A sovereign’s right to do wrong.

Prescription, n. A physician’s guess at what will best prolong the situation with least harm to the patient.

Price, n. Value, plus a reasonable sum for the wear and tear of conscience in demanding it.

Push, n. One of the two things mainly conducive to success, especially in politics. The other is Pull.

And therein endeth the ‘P’s’

And just to finish off, here are some things that you may or may not know about Ambrose Bierce.

– His middle name is Gwinett.

I love you Ambrose, you beautiful, cynical bastard.

One response to “The devil's dictionary – 'P' PART TWO”