Today we’re talking about bad-asses from the 1800’s. 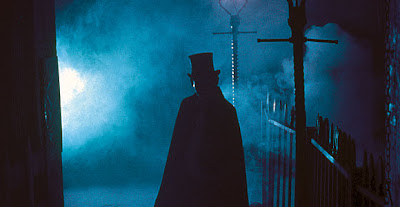 There was Jack the Ripper, a serial killer who slit prostitute’s throats and then mutilated them.

He was never caught, and they have no idea how many women he actually murdered, but the number is rumoured to be right up there in double digits. 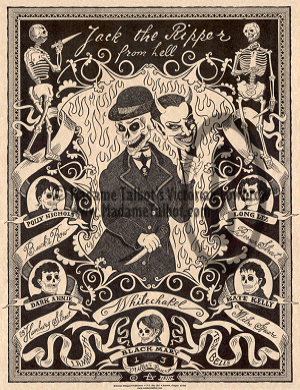 Then there’s Ambrose Bierce, another bad-ass from the 1800’s. He didn’t murder anyone but he did write a pretty dangerous book called The Devil’s Dictionary, a dictionary so evil, so dirty and so disgusting (in 1800’s standards of course) that it’s rumoured to have made good women swoon, and bad women drop to their knees and give him a blow job.
People have said of him that he could kill with a comma, so maybe not a murderer like old Jack the Ripper, but right up there as a bad-ass. 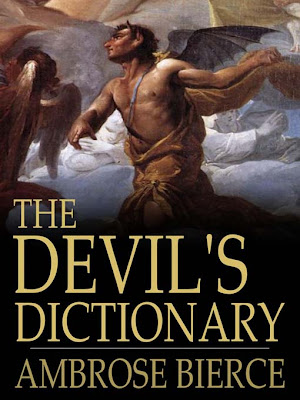 And hot too. In an early nineteenth century kind of way.

see they’ve even made a t-shirt with him on it over here. 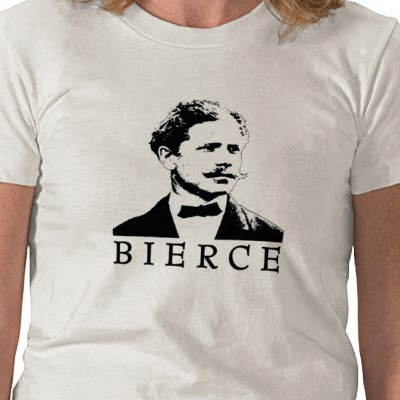 You don’t see anyone making Jack The Ripper T-shirts.
Ambrose Bierce kicks Jack the Ripper’s ass!
Maybe the pen is mightier than the sword, after all.
Enough rambling, herewith the ‘O’s from Ambrose Bierce’s Devils Dictionary:
Oblivion, n. The state or condition in which the wicked cease from struggling and the dreary are at rest. Fame’s eternal dumping ground. Cold storage for high hopes. A place where ambitious authors meet their works without pride and their betters without envy. A dormitory without an alarm clock.

Obstinate, adj. The popular type and exponent of obstinacy is the mule, a most intelligent animal.

Ocean, n. A body of water occupying about two-thirds of a world made for man – who has no gills.

Old, adj. In that stage of usefulness which is not inconsistent with general inefficiency.

Olympian, adj. Relating to a mountain in Thessaly, once inhabited by Gods, now a repository of yellowing newspaper, beer bottles and mutilated sardine cans, attesting the presence of the tourist and his appetite.

Omen, n. A sign that something will happen if nothing happens.

Opiate, n. An unlocked door in the prison of identity. It leads into the jail yard.

Opportunity, n. A favorable occasion for grasping a disappointment.

Oppose, v. To assist with obstructions and objections.

Opposition, n. In politics the party that prevents the Government from running amok by hamstringing it.

Orphan, n. A living person whom death has deprived of the power of filial ingratitude.

Ostrich, n. A large bird to which (for it’s sins) nature has denied that hinder toe. The absence of a good working pair of wings is no defect, for, as has been ingeniously pointed out, the ostrich does not fly.