so i’ve been dating online for a while now. and i have the freaks and lunatics on speed dial to prove it.

since charts and graphs have become a bit of a theme here this month, i thought i’d make my own online dating pie chart of my experiences so far. here it is: 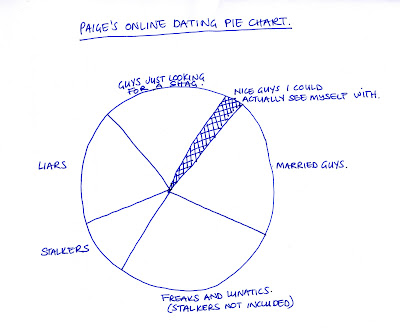 i would say this is a fair depiction of the state of the dating nation as i’ve found it.

but on reflection, maybe i’m the dodgy common denominator here. plenty of other people seem to meet nice guys, often even the guy online. either that, or i’m doing it all wrong. yes that must be it, i’m obviously doing it all wrong.

perhaps i’m casting my net a little too wide. maybe i need to target a little better. find more of a niche market or something.

so with this in mind i did a bit of research into the various dating websites available out there to a girl like me. 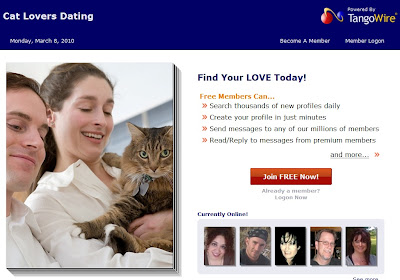 that girl in the main picture looks like she’s more interested in that cat than she is in that man. led me to thinking that maybe she’s barking up the wrong tree and she’s actually in the market for a little pussy?
ok, so i could sign up to catlover.com and find my purrrfect match there. (that’s their pay off line. clever hey.)
well i like cats, but not that much. i don’t even own one. so maybe that’s not really the site for me.

then i found this: 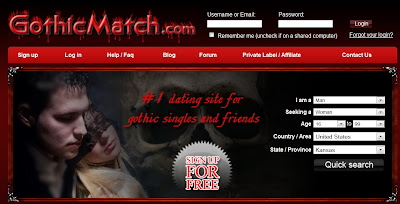 gothic match dot com is the #1 dating site for gothic singles and friends.

check this out, i thought this was super impressive – not only is it already a dating site specifically for goths, but then within the site you can also be a bit more specific and choose which flavour of goth you would like:

and what’s the diffs between a goth hunk, a goth male, a goth dude, goth guy and goth men? sheesh.
i just thought goths were dark and twisty, cousins of the emo, i never realised there were so many different versions of the goth.
being a goth is complicated. no wonder they’re all so miserable.
so i moved on, and found this third niched dating website: 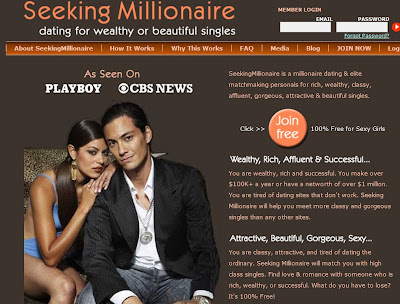 here’s their splurge up close:

lose a couple of those zeros off your requirements, then maybe we can talk.

so niched dating websites? maybe not for me after all.

unless there’s one for normal, plain, ordinary single white girls?

7 responses to “the crazy mad world of online dating”