Ever heard of Shipping? Not the kind that involves bearded seamen in knitted jerseys sucking on fisherman’s friends and freighting stuff around the world, I mean the other Shipping.

The term comes from ‘relationship’, ‘friendship’ or ‘worship’, and it’s a huge enterprise. Which is a bad pun because Kirk and Spock are some of Shipping’s earliest subjects. Shipping exists on thousands of pages and chat groups where fans fill screens imagining what it would be like if two (or more) fictional characters hooked up. It’s full-on fan fiction and there are a few reasons why we should take it seriously. Fifty Shades of Grey is one of them. The runaway hit that sold almost more books than the bible, started life as a Ship between Edward and Bella from Twilight. Written under the pen name ‘Snowqueens Icedragon’.

Characters invade Shippers’ lives so intensely they can’t bear to be without them when the series ends, the book closes, or the credits roll, so they take things into their own hands and continue the stories in worlds of their own imagining. Who’s your favourite fictional character? Right now, somewhere on the net someone is pimping them out.

This phenomenon tells us two things; firstly the world is so couple verskrik that we even want our fictional characters to pair up. And secondly, we all just want the happy ending that most fiction can’t give us, in whatever shape or form that takes.

I blame writers. Great plot is built on great tension; the longer characters are kept apart the better. We’ve been fuelled to near frothing for so long by all the ‘will they, won’t they’ storylines, that we’re practically gagging for it. In the X-files, there’s so much sexual tension between Scully and Mulder, they both have permanent blue balls. And I’ve never read a Harry Potter yet even I’ve wondered if Harry and Hermoine will ever get it on.

But these are the tame starting points for the Shipping community, this is the internet after all, where things like to get out of hand quickly. Fans Ship characters across shows, gender lines (hence Kirk/Spock – or as I like to call them, ‘Kock’), species and even scientific possibilities. This is fiction without borders. Characters are Shipped despite being underage, twins, mortal enemies, separated by centuries, inanimate objects or cartoons.

There are even ‘Crack Pairings’, where more bizarre relationships happen. Think The Incredible Hulk shagging Tinkerbell (Hulkerbell), or Mr Darcy from Pride and Prejudice in love with Lady Gaga (Dargag). Crack pairings because these creators must be on crack at the time.

Most of the stories start with sex, and it all gets a bit dodgy (I really hope in Hulkerbell, Tinks is on top), but then the couples usually settle down and find some form of normalcy. Sherlock and Moriarty, (Sheriarty? Sharty? Morlock?), adopt a baby and get a house in the countryside. It’s an indication of what we as a species consider a happy ending. This is fiction, so you could make your fave character from Isidingo, and your ex Generations bestie hook up and have an orgy with the cast of Glee, go shopping in Rome, then jump out of a plane or find a cure for cancer, but instead we’re programmed to crave domesticity.

Ever wonder if Superwoman and Spiderman had a baby, which one of them would hang up their cape and stay home up to their spidey-senses in baby vom? Although mom should be able to juggle stopping the toddler from sticking a finger up the cat’s bum and saving the Brooklyn Bridge from exploding, she is Superwoman after all.

If they’re taking these Ships into domesticity, since half of marriages end in divorce, some of our imaginary ones should too. I want to know who gets custody of the kids, who keeps the vinyl collection, and who gets Jessica Rabbit as a trophy wife?

I tried to think who I’d like to Ship, but I could only think of characters I’d like to see unship. Chandler and Monica from Friends are annoying, let’s put them into litigation. And Hank Moody and Karen from Californication have made each other miserable for seasons. Let’s unship, who’s with me?

Cynical as I am, in a time when the world is in tumult, Shippers give me hope. We want our happy ending so badly that we’ll even write it ourselves. I wonder what another Helen Zille and Jacob Zuma’s (Zilluma) love child would be like? If it’s anything like their first child, Julius, we’re in big trouble. 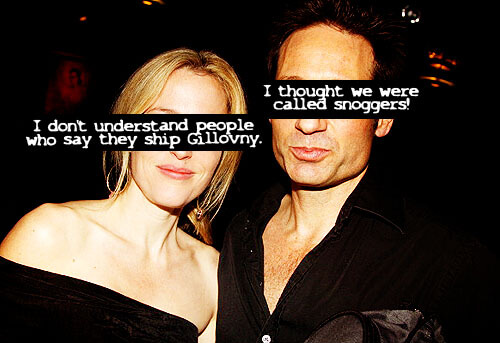