This first appeared in The Times on 8 May.

The first is that with seven billion people on the planet, whatever mad fantasy you can come up with, in the dirtiest or most bizarre reaches of your imagination (back where you keep the banana clips), I’d be willing to bet there’s at least one person out there who has that fantasy.

I sometimes entertain myself in traffic trying to come up with really weird ones, then wonder how many people picture exactly that to get their toes curling.

And my second theory is that we all have two different kinds of fantasies. The first kind is fantasies we would like to experience, and all we have to do is pluck up the courage to verbalise it to our partners. The problem is, if you don’t casually bring up the fact that you’d like to take a roll of saran wrap or a slinky into bed at some point in the first year of the relationship, it becomes too awkward to suddenly bring it up in year three. Like where did that come from, mate, and is there anything else you’d like to tell me?

And the second kind of fantasy are those that are only sexy in your imagination. Sure, the IDEA of sex in honey might bring you to climax in nano-seconds, but in your rational mind (back where you store your tax returns), you know it would never be hot in real life, and honey is impossible to get out of percale.

So if someone convinces you to tell your fantasy, be careful which one you tell them, you might just get what you wish for.

And then there’s other people’s fantasies. I once dated a guy who wanted to role-play he was a cabana boy and I was the leisure-resort customer. Like I said, I only dated him once. I mean I’m as good an actress in bed as the next woman, but that took it a beach towel and some SPF too far. 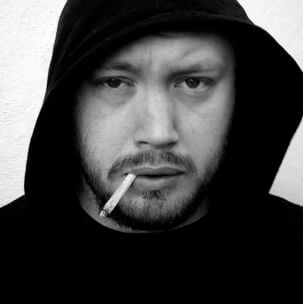 HE SAID – By Jason Mykl Snyman

The phrase ‘I’m open-minded’ usually translates to something like; ‘My fetishes are pretty intense. How weird can you get?’

I’m pretty vanilla myself. I mean, I’m happy to put on a pair of fishnets and spank a naughty girl. Hell, I’ll even put her in a headlock, if that’s what makes her happy. I’ll pretend to have a paper bag fantasy for the ugly ones and I’ve got a roll of duct tape for the chatty ones… But in the end, it’s a crying girl in boots that really gets me.

People sure do have some strange fantasies, though, and some of them make me fear for the future of humanity. I blame 50 Shades of Grey for this. For those who have been living under a rock and haven’t heard of 50 Shades – the book is basically about some young woman who gets a job right out of college. Talk about unrealistic fantasies.

It’s all around us now. The Twilight franchise was about this girl who’s got a thing for necrophilia and bestiality, but hey, that’s none of my business. Remember, what two adults choose to do to one another in a bedroom does not make them morally good or bad, but the difference between ‘fetish’ and ‘felony’ is Googling it beforehand.

Luckily for all you plushophiles and cucks and weirdos out there, most sexual fantasies have become more and more socially acceptable as pornography has grown more and more mainstream over the years. Accessible is the key word here. Try searching for Sandra Bullock Nude online some twenty years ago with your noisy dial-up modem and you’ll know exactly what I’m talking about.

That’s the quicksand, though. A fantasy wouldn’t be a fantasy at all if it were an everyday thing. The more we embrace, as a society, the further we’ll have to go to get our rocks off.

Jason is a very clever and funny writer, who is also a little mad, but in a good way. Although if you get to know him well, you may have to bail him out of prison at some point. You can read more of his stuff here. It’s only a click away, do it, you won’t be sorry. A bit ashamed maybe, but never sorry.