Recently it was my BFF’s daughter’s fourth birthday. (BFF stands for Best Friend Forever, just in case you aren’t still in high school and you don’t follow Paris Hilton.)

For four she’s certainly a girl who knows what she wants. She only had three requests. A Princess Party, a pretty dress and a Barbie Cake. I’m impressed, it took me to the age of thirty to figure out exactly what I want, and even then the list still changes, depending on my mood.

So the Barbie Cake is where I came in. I like to bake, you see. I can’t cook for shit. And have been known on occassion to burn both air and water, but I can bake. So we set to work.
We baked.
And we baked.
And we decorated, and we decorated and we decorated.
Let me tell you, it’s about a million times trickier than you would think.
You think ah, a Barbie Cake, how hard can that be, right? You just make a big roundish shaped cake, then you pull off Barbie’s legs and shove her torso into the cake, and then you ice. Using the colour pink liberally.
Well yes in theory, simple. In practice, not so much.
Before I started my Art Director/Life Saver and I went online and downloaded some references, and in the process found some examples of what NOT to do when making a Barbie birthday cake: 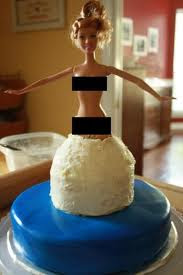 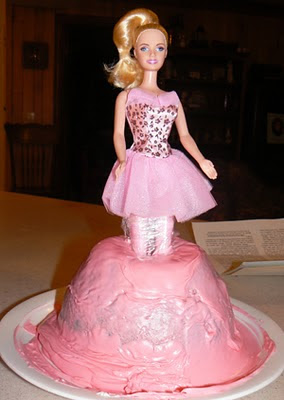 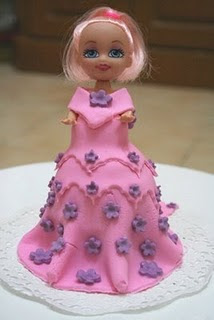 ‘Retard Barbie’ is particularly scary. What’s with those short strange zombie arms? Shame, let’s rather call her ‘Special School Barbie’, it’s way more PC.
This next one isn’t so bad, but does illustrate one of the tricky areas of making a convincing Barbie Cake, the skirt has to be deep enough to be realistic that she’s standing under there, otherwise you get into this weird sitting down scenario: 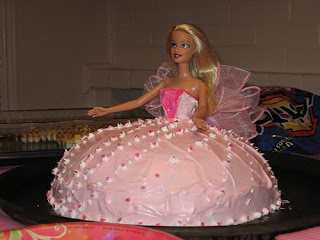 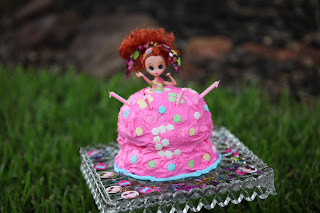 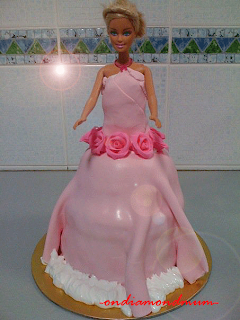 ﻿
So with these mistakes to avoid, we set to work. Terrified we were going to make something awful, and with Charley’s Bakery on speed dial, just in case we needed to put in any last minute orders, we set to work.
I bring you: Pinkie’s 4th Birthday Barbie Cake: ﻿ 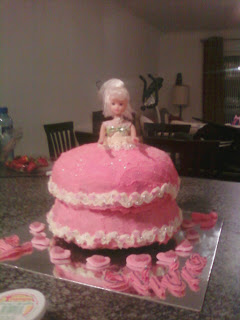 Okay, so it’s no major masterpiece, but I was super relieved that it wasn’t an horrific monstrosity that would give those little girls nightmares, or be responsible for years worth of therapy when they grow up. 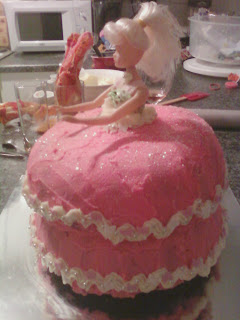 There was a scary moment, when we pulled off one of Barbie’s arms by accident and then couldn’t get it back on again. She was almost ‘Special Needs One-armed Bandit Barbie’ Cake. 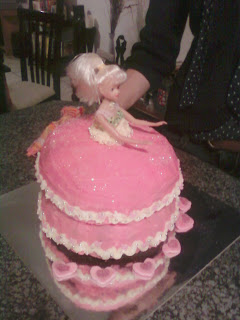 But thanks to a pair of tweezers, a bottle of wine and some super glue, we were good to go in the end.
So, what’s it going to be next year Pinkie? Cell phone cake, mermaid cake, Manolo Blahnik cake? Bring it on. I’ve still got Charley’s Bakery on speed dial.