Everyone said when you get to Melide, try the Pulpo. It’s a local delicacy, they said. You will like it a lot, they said.

So after schlepping 15km through mud, uphill both ways, I dragged my weary ass out into the streets of Melide to track down this big crowd pleaser.

I quite liked the look of this place. It’s a Pulperia, which is like a pizzeria, but for Pulpo. 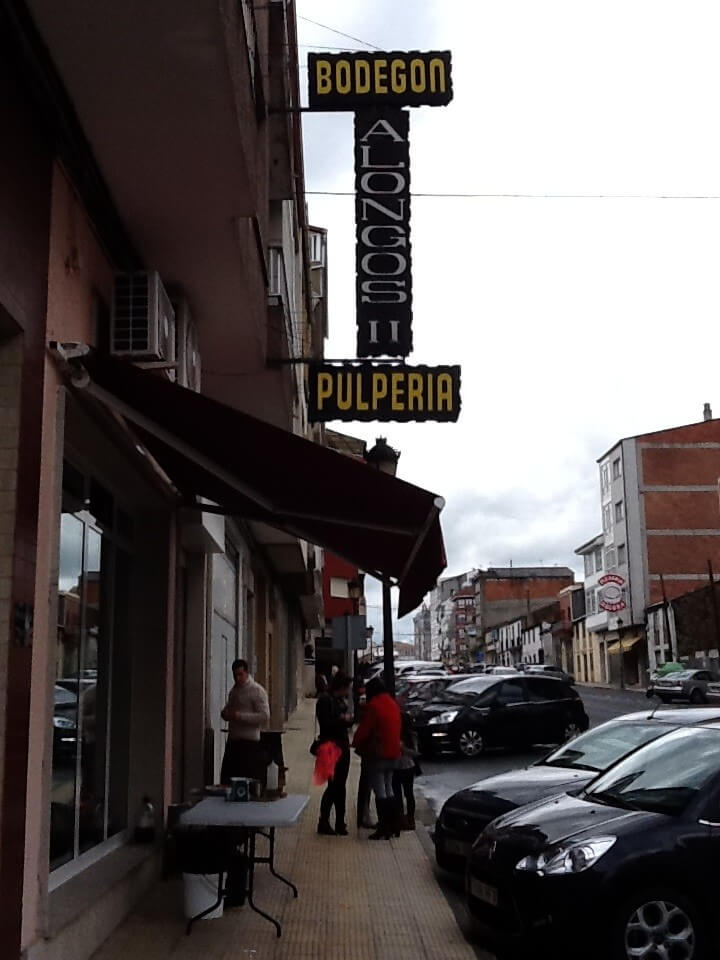 They were even cooking it outside, so I could get an idea of what I was in for, 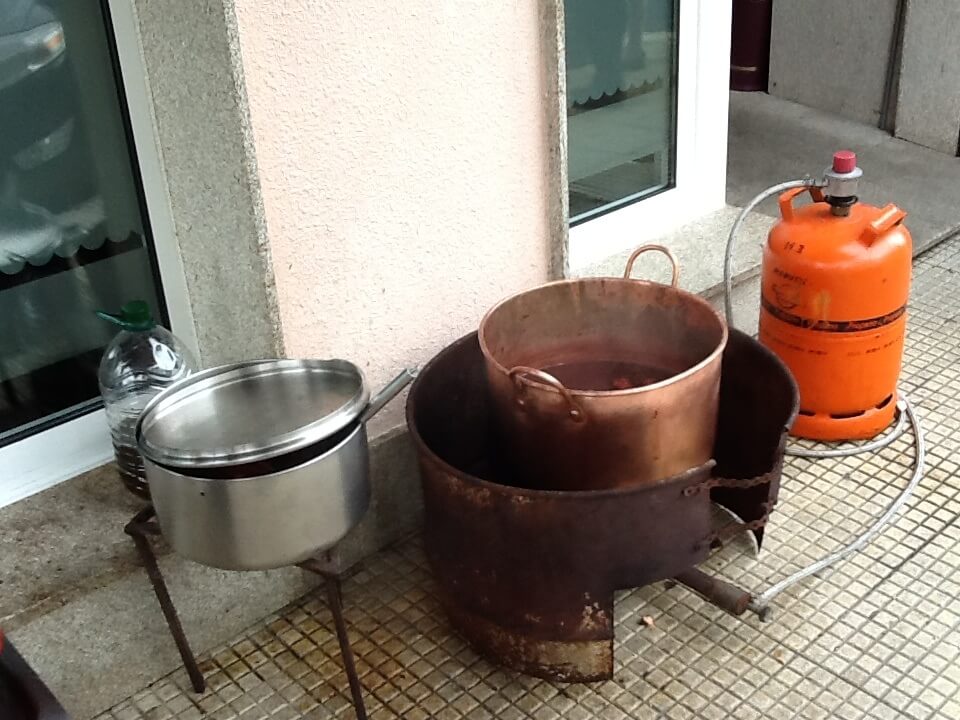 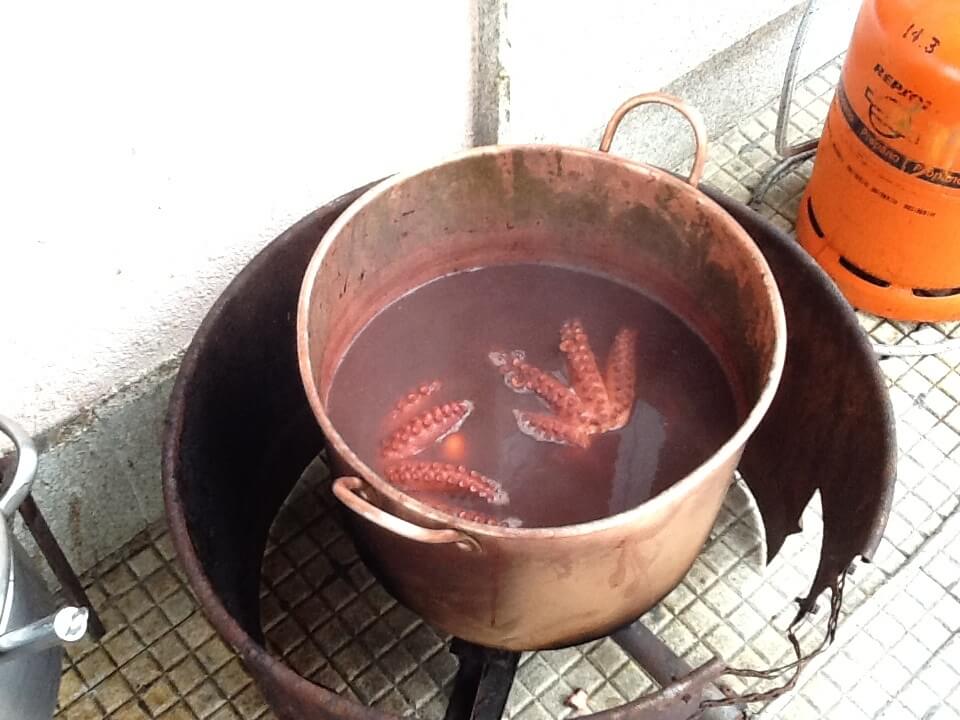 They cook it, cover it in olive oil and paprika and serve it with hunks of bread. (The beer/cervesa is an optional extra.) 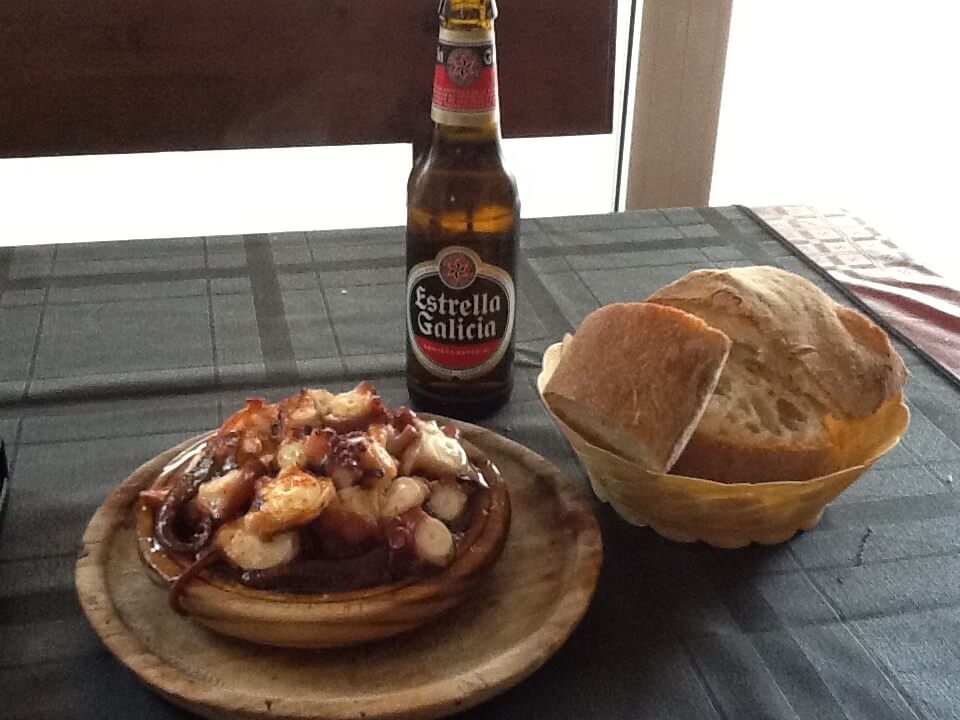 Personally I thought it tasted a little like cooked eyeball. That’s the last time I listen to ‘they’.