i had this weird thought the other night.

i’m not quite sure where it came from, but it’s definitely from the part of my brain that scares the crap out of me.

i was wondering whether there are any people out there named ‘adolf hitler’.

i mean there are a ton of people who name their children jack daniels, or salvador dali, or even now barrack obama, but do any crazies out there ever call their children after the baddies?

so i approached google on the subject.

google threw out a couple of articles. as it does.

there was one about this family with three children named after nazis. three year old adolf hitler campbell, his sister jocelyn arian nation campbell, and his other sister honszlynn hinler jeannie named after heinrich himler.

i actually remember this story from back in 2009. the parents ordered a birthday cake from the local supermarket with their darling, blue-eyed boy’s name printed on it in blue icing. but the store refused to do it and handed them over to the authorities, who removed the kids from the home temporarily.

dad campbell says he just liked the sound of the name and he reckoned nobody else in the world would have that name. then he jumped around like a baboon, grunted a couple of times, picked his nose, and ran off eating a banana and dragging his knuckles along the ground.

but wait, this subject becomes even more bizarre as i track it.

it turns out that there’s a lady named Nina Maria Klevian, and she’s a photographer. Basically she took pictures of her daughter (her name is Faustina) dressed up like a bunch of baddies.

here are some of the images from her controversial collection entitled ‘Potency’. 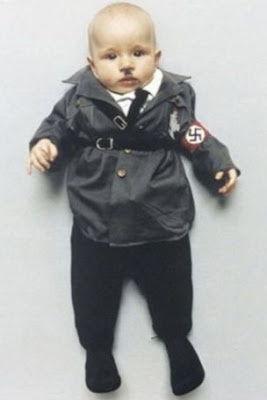 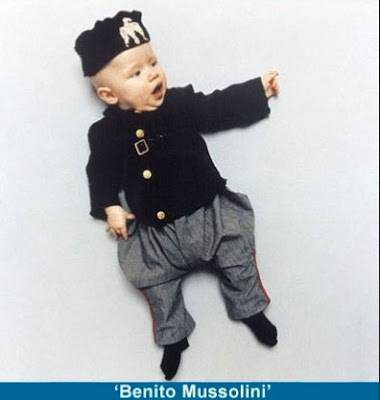 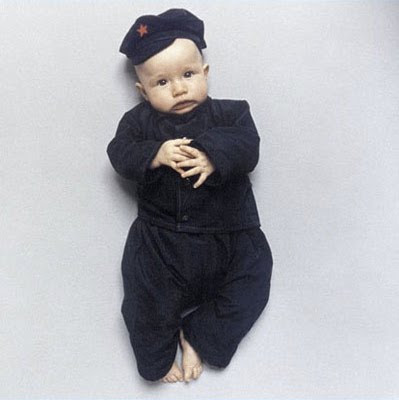 it kicked up a right stink, as you can imagine.

in interviews she claims that she was exploring the definition of evil. And the inspiration came from her belief that everyone has a little evil in them.

‘Even my daughter could end up ruling Denmark with an iron fist,’ she states, reminding us that the ‘possibility is still there. You never know.’

wow mom, that’s some hectic stuff. perhaps an anti-depressant is called for in this situation. 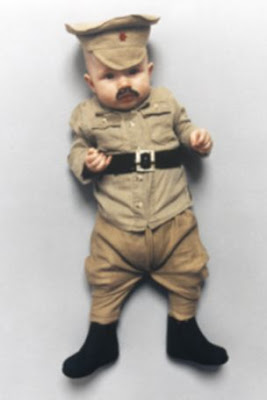 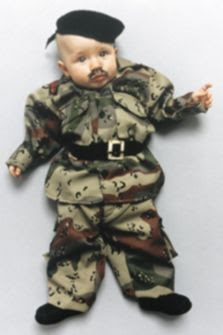 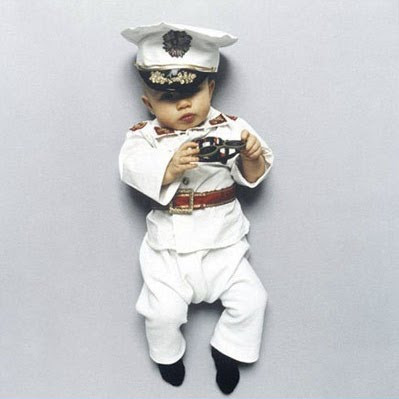 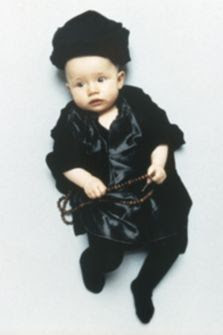 you have to ask yourself, is it an honest exploration of the nature of evil, or is it just a bit of sensationalism, with the photographer mom trying (and succeeding) to put herself on the map.

the artist claims that: ‘this is not a deliberate provocation, it calls for reflection. even though comical, you’re not supposed to only laugh at these pictures. You need to contemplate them, ponder where this evil comes from.’
oh were we meant to laugh at these pictures? i didn’t get that memo.
personally this kind of madness is not for me, but it did get me thinking, and i guess that was ultimately her point.