Well I didn’t HAVE to. Nobody held a gun to my head and threatened to pull the trigger. But still, no self-respecting peddler of smut, no person who has a blog which highlights the craziness of the human race on a daily basis, can avoid posting about this for too long.

It’s The People of Walmart. If ‘people’ is the correct term.

For those of you who’ve been shooting up heroin at Ponte Towers or living under a rock for the last couple of decades, Walmart is a supermarkety-type chain store in America.

You can buy anything from a pair of pants, to all your groceries, a small turbine engine (whatever that is), a revolver, some nail clippers, a chimpanzee and a canister of nitrous oxide, all at Walmart.

And all for the very lowest imaginable prices. There’s pretty much nothing you can’t buy at Walmart. Except for good taste. That’s the one thing that one cannot find on any of the shelves at Walmart.

People of Walmart is a website where people post pictures they snap of people/crazies they see shopping at Walmart.

here are a few I pulled off to give you an idea of the vast craziness that is this world. 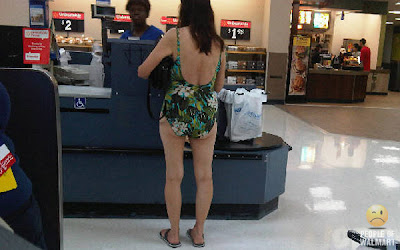 Not even a t-shirt lady? A sarong? A towel even? 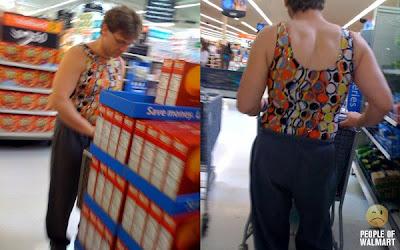 at least he had the decency to throw on a pair of pants over his one-piece. 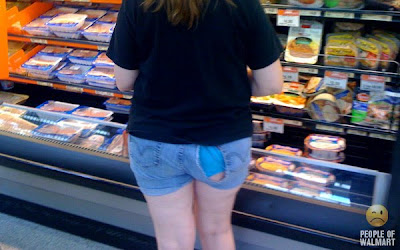 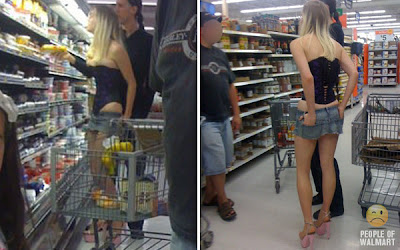 that’s some belt she’s got on. 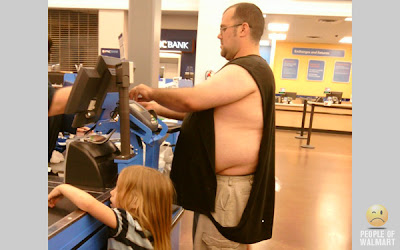 Dude, I appreciate the effort you made in actually putting on a t-shirt. But seriously, what’s the point? 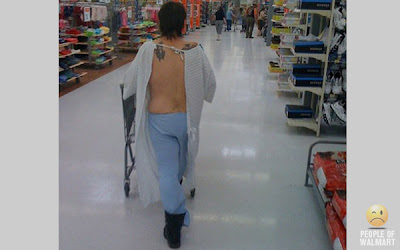 literally straight from the psych ward. 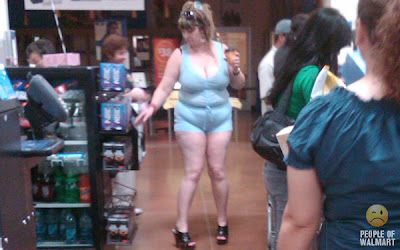 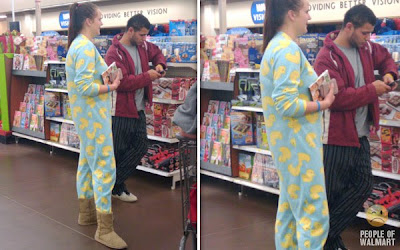 one-piece duckie pyjamas? in another place/time/planet, that could almost be cool. 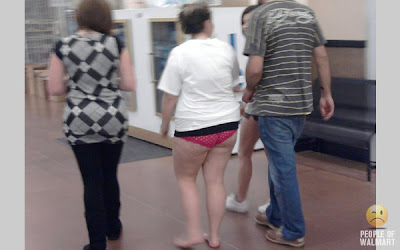 Ow, eina! my eyes! my eyes. Thank goodness this shot isn’t from the front, hey! 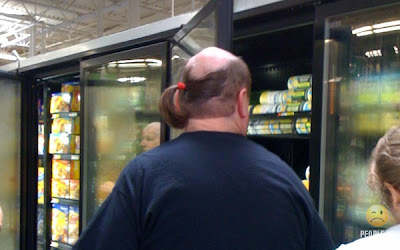 short back and sides, and a little off the top. 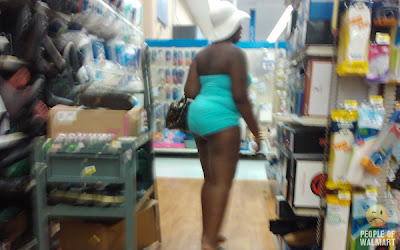 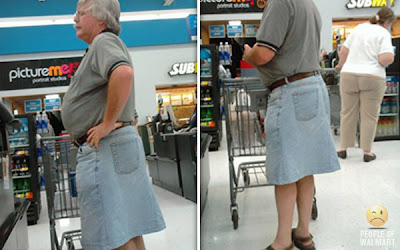 Man in a skirt? Fer sure! Why the fuck not? I don’t even have a problem with men in skirts, it’s just he looks so unlikely! Waist up he’s the dude leaning over the fence chatting to his neighbour about his John Deere lawnmower. Waist down he’s borrowing your favourite stilettos and shagging your boyfriend. 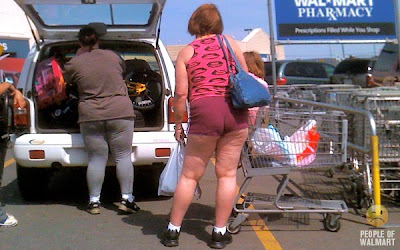 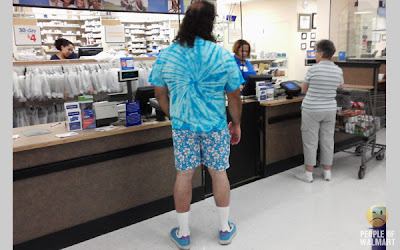 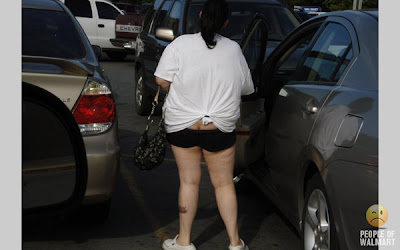 lady, could those pants be any smaller? 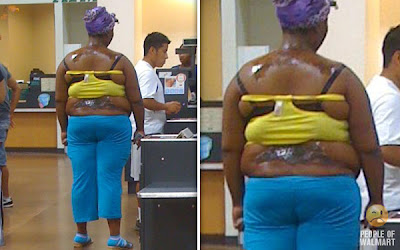 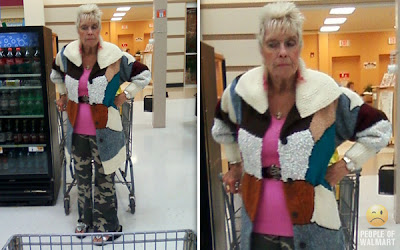 See, money can buy you five television sets for a dollar, but it still can’t buy you style. 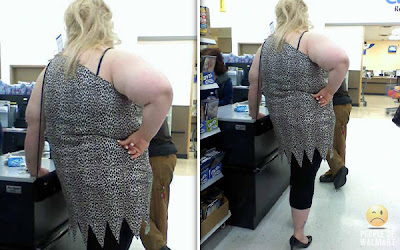 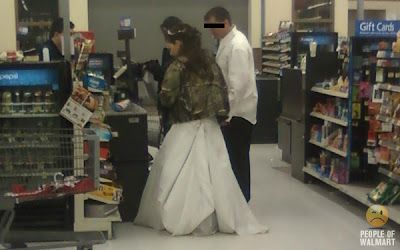 I do. Really? Well I do not! Surely he should have thought to buy the condoms earlier. That’s really the romantic first memory of your marriage that you’re looking for? 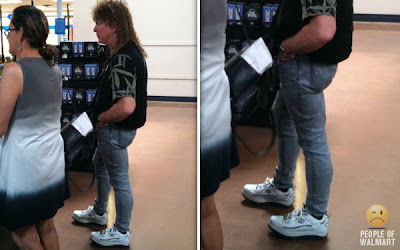 And finally, it’s the ultimate ‘look’, the permed mullet! Wow, it doesn’t get more crazy than that. Hook me up with one of those puppies, immediately please. Although somebody should tell him, no matter what, the mullet may be here to stay, but the perm is NEVER coming back!

9 responses to “people of walmart”