I don’t know if writers are the only people who feel this way, but there is something incredibly pure and true about the pencil.

In my opinion it’s one of the most perfect inventions ever.

And it’s not just pencils I feel passionate about. Stationary just does something to me. Glitter pens, clutch pencils, the fountain pen… let’s just say I’m a fan.

So when I saw this I felt a swoon coming on.

Dalton Ghetti is an artist who sculpts pencils. 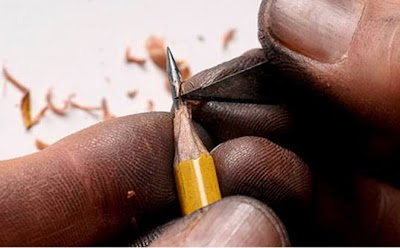 Here’s his alphabet series – there are 26 in the set. One for each letter of the alphabet. 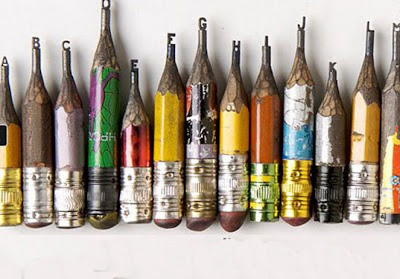 He says it took him about a month to make each one.

He’s from Brazil and I think his work is unbelievable. 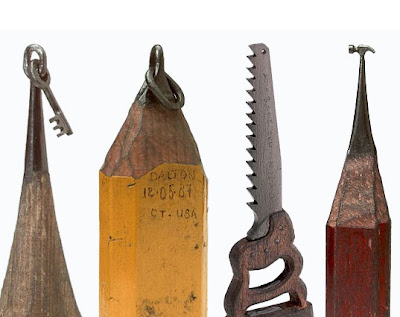 He can craft the nib of a pencil into just about anything. 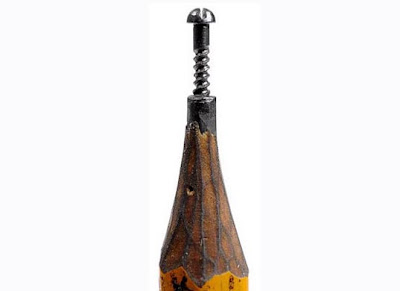 Even Elvis gets a look in. 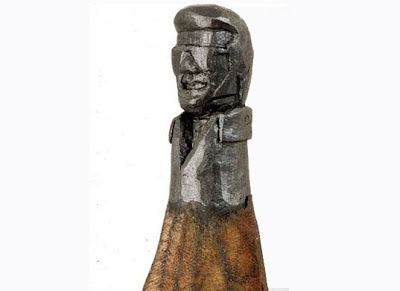 According to an article I read on him over here, he refuses to work with a magnifying glass and he only ever uses three tools – a razor blade, a sewing needle and his sculpting knife. 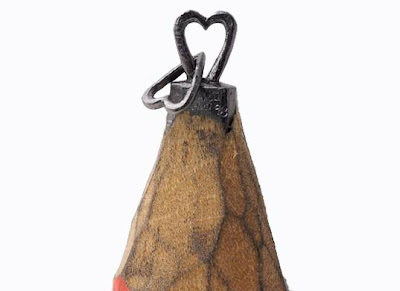 Discussing his process Dalton says: ‘I use the sewing needle to make holes or dig into the graphite. I scratch and create lines and turn the graphite around slowly in my hand.’ 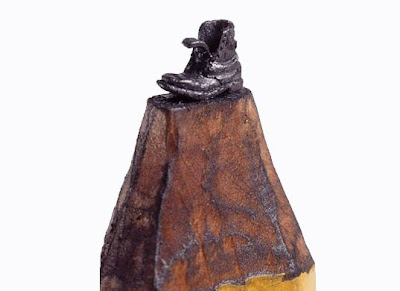 The article also says that he’s never sold any of his pencils. He’s only ever given them away to friends as gifts.

I’m so wishing that he was one of my friends right now. I’d so kill to own one of these pencils. 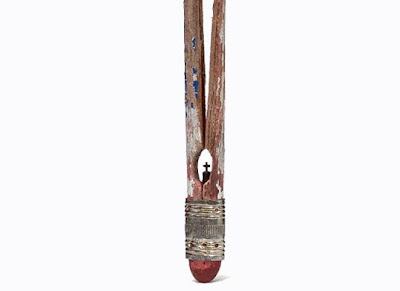 Each project takes him several months to complete. He says this pencil below with the interlinking chains took him two and a half years to finish. It’s so intricate that people often don’t believe that he only used one pencil to make it.

Must have good eyesight, this guy. 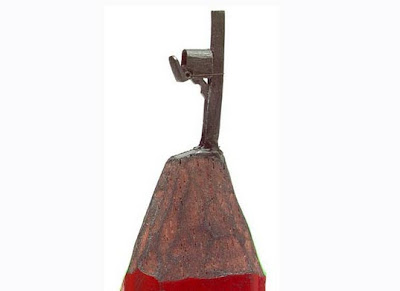 In another interview over here, Ghetti (49) says; ‘It’s like I’m removing specs of dust at a time because the scale is so small. If there’s a little bit of dust on my table at the end of the day and I didn’t break it – that’s a good day’s work.’ 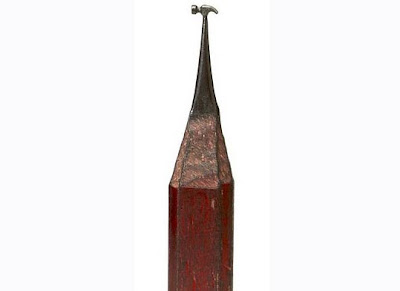 When Ghetti was a young boy in Brazil he used to sharpen his pencil at school with a pocket knife, but when he finished school he started working on bigger pieces. Working with wood and stone. Then he spent some time honing his craft on soap and candles, and even broom sticks, and then eventually found his niche carving pencils about 25 years ago. 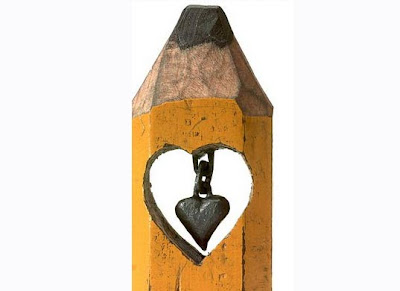 ‘The pencil has been kind of like a challenge to myself,’ he said. ‘I can do anything really big, but the small stuff is really difficult, so I was like, let me see how small I can go.’ 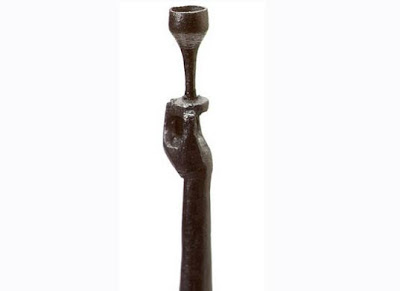 The tragedy is that his day job is as a carpenter and he carves these pencils in his spare time. 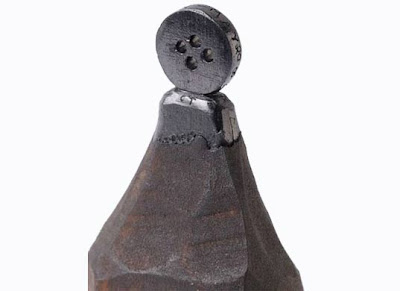 ‘When I’m inspired, I can sit down and things just flow,” he said. “You can’t force yourself to do those things. I do it just for fun, it’s pretty much like a hobby, a kind of meditation work that I do.’ 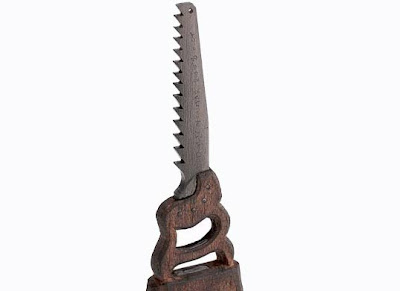 His work is so intricate that many of his pieces never make it to the finish line intact. So he has a box which he calls the cemetery collection, made up of all the damaged, broken and unfinished pencil sculptures he’s worked on. 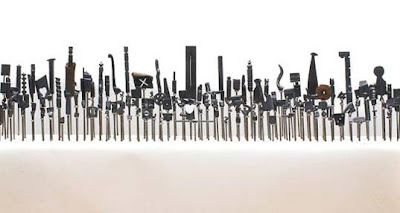 I even heart these little fallen pencil soldiers.
It reminds me of this crazy art director I once worked with. He believed that each pencil only has one really truly brilliant idea contained in it. So he kept a jar of brand new, perfectly sharpened pencils on his desk, and once he felt he’d had a great idea from each pencil he would fling it across the room and be done with it, then start with a new pencil.

I couldn’t stand it. I think every single pencil is full of infinite possibilities. I used to crawl around our office floor on hands and knees collecting abandoned pencils and resharpening them to their former glory.

You’ve got to love a pencil.