My twitter feed tells me that Paris Hilton was arrested for smoking dope at the Netherlands – Brazil game in PE this evening.

Well if twitter says so, then it must be true.

Now please don’t judge me by what I’m about to tell you, but I actually follow Paris Hilton on Twitter. Hey, what can I say, she fascinates me.

So this is what she tweeted about two hours ago (around 8:30pm): 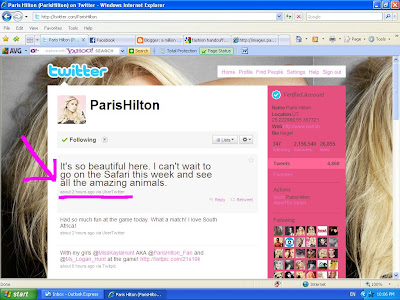 Before the bust? After the bust? In the back of the cop van on the way to the station? Your guess is as good as mine.

So another exciting development at the world cup. Will be interesting to see what happens and how it plays out.

Thinking about Paris getting bust made me think about Paris in handcuffs, I bet she’d rock those biatches.

Only Paris could turn the handcuff into a fashion accessory. 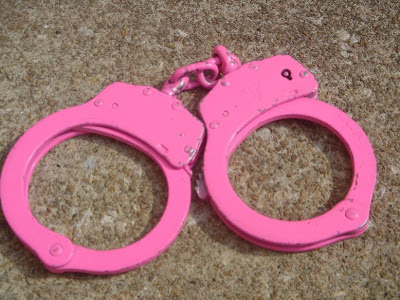 Next thing you know everyone will be wanting a pair. 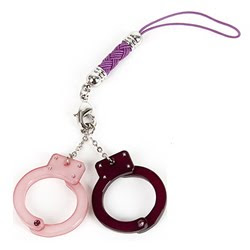 In fact, I’m sensing that the birth of a new Paris Hilton range of jewelry is imminent: 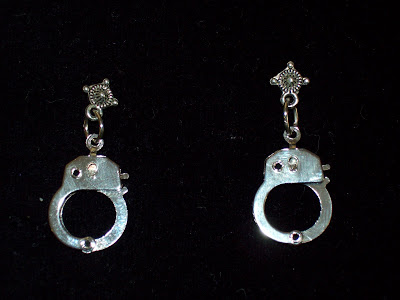 ‘The Locked-up Look’
It seems only fitting that the queen of fashion has her very own range of bracelets.
Although you just know the ones she’ll be wearing in Polsmoor will be diamond studded at the very least: 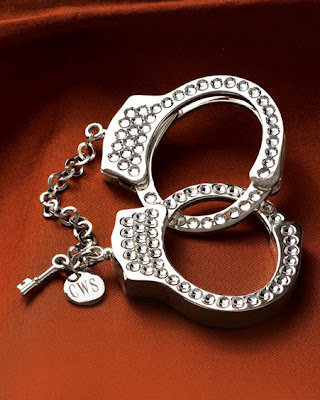 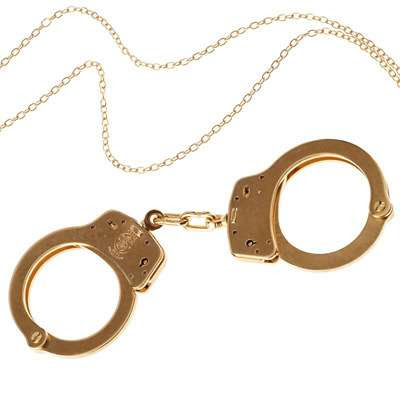 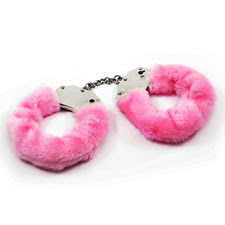 Or perhaps in the spirit of that game drive that she may or may not be going on next week, animal print:

Welcome to the Jungle Paris. Hope you enjoy your stay.
A NEW DEVELOPMENT: Newspapers report this morning that one of Hilton’s entourage was fined R1 000 (eighty bucks) for possession of a bit of weed, and all went free. Paris was not charged. Yay now she can go game driving.
ps: At first post of this story I got the game wrong, and said it was the Ghana game, when in fact it was the Brazil/Netherlands game. Thanks to Teresa for pointing that out to me. And apologies for the dodgy research.