I thought quite hard about it and then accepted the job, in the hopes that erotica might be a gateway drug for some magazine readers, leading them on to other kinds of fiction, preferably the type that I do usually write.

However as we made our way through the writing, editing and approval process, and my client asked me to add in more and more explicit sex scenes (it’s in a sealed sex-issue, so they wanted it to be as raunchy as possible) I got to thinking quite a lot about the concept of writing under a pseudonym. A nom de plume would give me the freedom to write the hot lady-porn my client was after, and not have to worry too much about my friends, family and colleagues disowning me when they read that I’d written the words ‘heaving’ and ‘thrusting’.

Throughout history tons of writers have made use of pen names for one reason or another. Even some of the greats like Mark Twain, George Orwell and Lewis Carroll weren’t actually themselves.

Some authors do it to conceal their identity so they can genre-hop without alienating their market, others want to free themselves from the perception of gender that their name brings, and some just want to pay the rent without doing too much damage to their personal brand.

And of course the Bronte sisters all used male pen names for their early work, until the dark ages passed and it became slightly more acceptable for women to be writers.

Richard Bachman, who you may know better as Stephen King, even did it. He was incredibly prolific and his publishers doubted fans would buy more than one new book from the same author in a year.

Besides changing their names, authors have also been known to abbreviate, anagram and initialise their full names, mostly to disguise their gender. It wouldn’t do to be a man writing romance, or a woman writing guy-spy’s.

Some of the original episodes of Star Trek were written by D.C. Fontana, (Dorothy Catherine). And let’s not forget J.K. Rowling. Abbreviating has hardly done her any harm. And it would be wrong not to give a nod to E.L. James here, or rather Erica Leonard, author of the 50 Shades series.

It’s pretty sad that even today some female authors still need to make their names as gender neutral as possible to improve sales. Jane Austen would frown politely.

Acclaimed French author Romain Gary started to publish books under the pen name Emile Ajar, because he wanted to see if his new book would be well-received without him having to lean on his already established reputation. (It was.)

But the master of writing as someone else has to be Portuguese writer and poet, Fernando Pessoa (1888 – 1935) who wrote under at least seventy-two different names, and became the creator of the heteronym.

While a pseudonym is simply a nominative disguise, each heteronym comes with its own personality, appearance, biography and writing style. Pessoa created whole worlds for his writing alter egos, all seventy two of them. It’s pretty impressive, I’m just one person and I sometimes struggle to remember who I am.

Fascinated with astrology, Pessoa spent ages creating detailed astrological charts for his writing alters, to help figure out their personalities down to the finest detail. Creating and writing as these different ‘authors’ was more than just a cover up or marketing tool for him, it became part of his art, a way of allowing him to write in different styles.

In a complicated family tree-type web, some of the characters Pessoa wrote as even knew each other, or were relatives, and he often had them translating each other’s work, or corresponding with one another, commenting on the others works. In a letter to an Editor, one heteronym ruthlessly criticised another heteronym’s writing, calling it ‘appalling and rigid’. And one of Pessoa’s heteronyms wrote a letter to his lover in a fit of jealousy. In on the joke, she wrote back.

This behaviour is hardly surprising, your average writer is pretty schizophrenic already. Our characters chatter away in our heads, hanging out holding their own conversations, arguments and adventures.

Pessoa created his first alter-ego as early as the age of six, named Chevalier de Pas. Other children have imaginary friends, child authors have heteronyms.

So if all of this is anything to go by, I certainly wouldn’t be the first writer to consider disguising my identity. But it’s a tricky decision to make. With the book market in the current state it’s in, anything you can do as an author to get your name out there and get people reading can’t but help, and all publicity is good publicity, isn’t it? Even publicity of the hard, throbbing variety.

So in the end I decided to go ahead and publish it under my own name, but attempt to make it the best damn pornography I could write. Then I took a deep breath, covered my eyes with my fingers and sent it off. 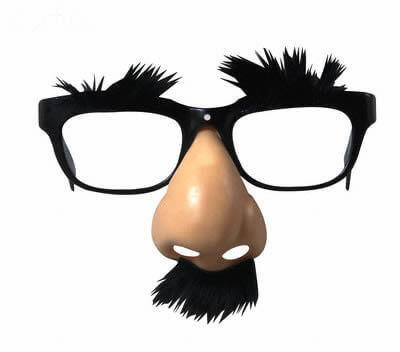 2 responses to “Naming and shaming”