the world is a seriously crazy place. if you don’t believe me, check this out:
this is matthew.
he lives in LA. 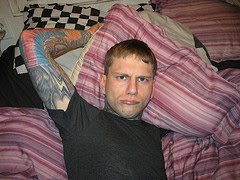 so far so normal right? not really. look here:

Matthew decided to get his glasses tattooed onto his face.
s’true story. here’s some visual evidence if you don’t believe me.
as usual when you get a new pair of specs, first you select your frames: 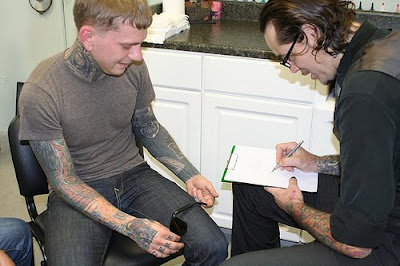 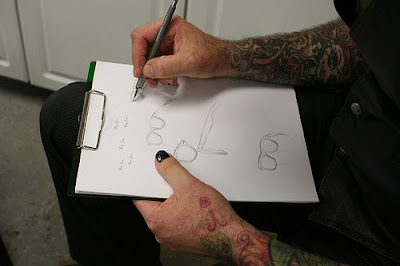 then the tattoo artist drew them on: 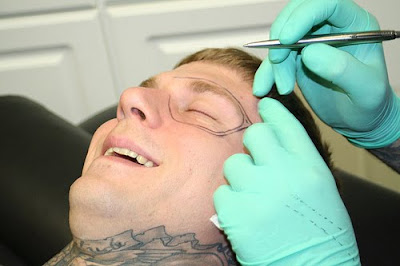 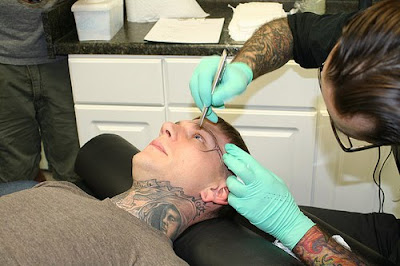 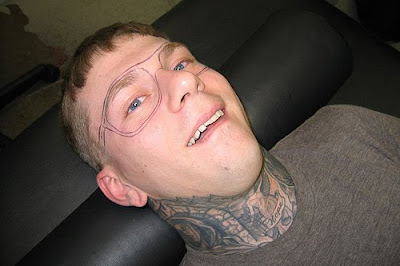 and then they started with the actual tattooing. 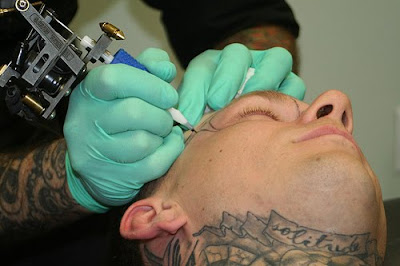 i’ve interspersed some of the comments these flikr pics illicited from internet viewers around the world. this is what someone called ‘derrickito’ has to say about the whole thing:

see the comment above, even spanish people think it’s a little loco! 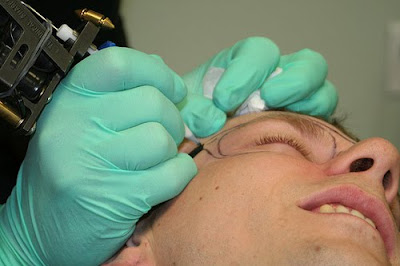 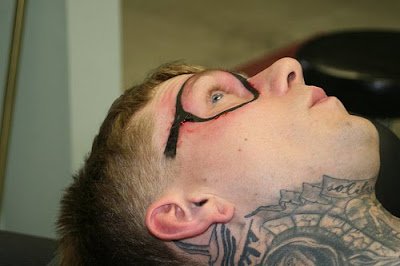 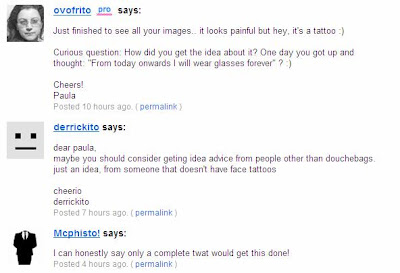 and voila, whether the commenters like it or not, there you have it. one pair of specs tattooed onto face permanently and forever. 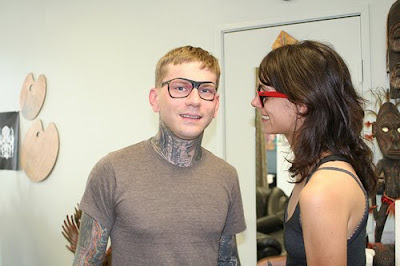 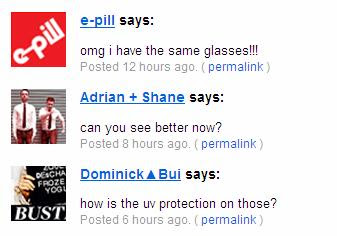 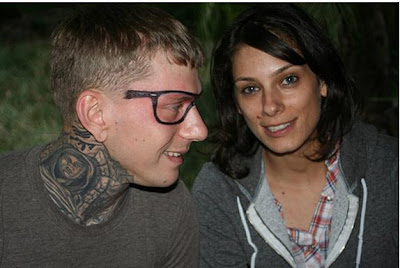 ouch! rylamar!
that’s what i love about the internet, every one’s either a fricken critic or a flippen comedian! 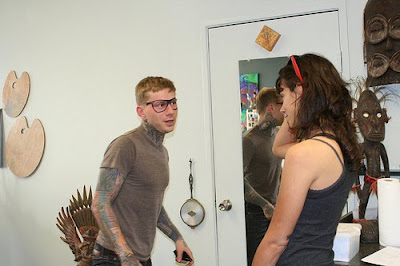 what happens next season when tortoiseshell frames come in fashion?
and how weird is it going to look when in a couple of years time his sight degenerates and he actually really has to wear a real pair of specs over his tattoo?
and so at the end of all of this i’m left wondering – if the internet didn’t exist at all, do you think this guy would have still done this?
a big thank you and an even bigger cocktail with umbrellas and pineapple fronds in it goes to the clever and funny dorothy black for spotting this.

2 responses to “man gets glasses tattooed onto face. sirius!”