Add to that the fact that everyone seems to be having book sales right now and it’s the Cape Town Book Fair this weekend, and I’m physically salivating.
Last week we looked at local author, Henrietta Rose-Innes. So I thought we’d try another one.
This is Sarah Lotz: 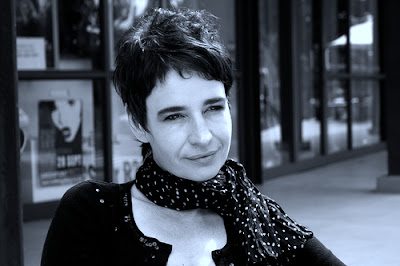 I met her for the first time at the Franschhoek Literary Festival last year, and instantly went out and bought her first book, Pompidou Posse. 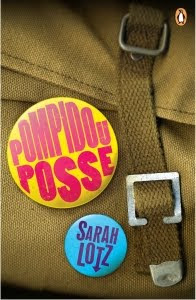 It’s about two girls, Vicki and Sage who go on the run in Paris. They live on the streets, smoke, drink and cause hell. They basically do whatever they can to survive on the mean and dirty streets of Paris.
It’s dark and twisty, a little morbid and very dirty. (I mean dirty gritty, not dirty porny, although it does have it’s fair share of sexual predators etc.)
I really enjoyed it. I’ve spent some time in Paris, so it had that familiarity, but that’s where the similarities to my travel experiences ended. It’s kind of cool to get to dip a toe into how the other half lives and see a little of the dodgy, dirty side of Paris, as opposed to the glitzy glamorous side you usually see.
Next Sarah brought out Exhibit A last year: 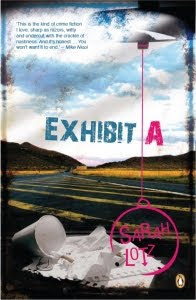 And as we speak, her latest book is just launching around the country, it’s the next in the Exhibit A series – it’s called Tooth and Nailed: 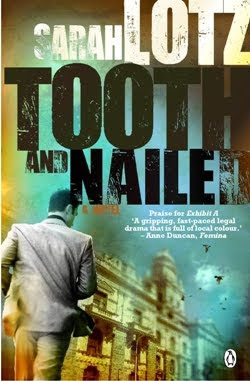 (There’s a launch for it tonight at Kalk Bay Books, and another launch at The Book Lounge on Thursday the 5th August if you’re interested and in the hood. Should be fun.)
I’ve done things a little arse about face, as usual, and haven’t read Exhibit A yet, but I just finished Tooth and Nailed last night.
It revolves around George Allan, a lawyer a bit down on his luck, and his dog, Exhibit A. It’s their adventures and misadventures.
New clients and new story lines make it different to Exhibit A, the first in the series. But I never felt like I was in the dark, so it’s clearly not one of those series where you have to read one before you read the next.
I’ve heard rumours that they’re turning the series into a local television series, which I think would be very cool.
It’s light reading, funny and interesting. George’s clients are a strange bunch – a BEE author who’s being blackmailed, a rich gay man going through a bit of an ugly divorce and a fascinating case where a small child is attacked by a hyena.
There are some great attacks on masochistic cyclists which had me giggling, and just the right amount of use of the word ‘scrolfing’.
It’s rather moreish and has a very sneaky ending.
I recommend.
Enjoy the Cape Town Book Fair if you’re going.
Read on and rock on.