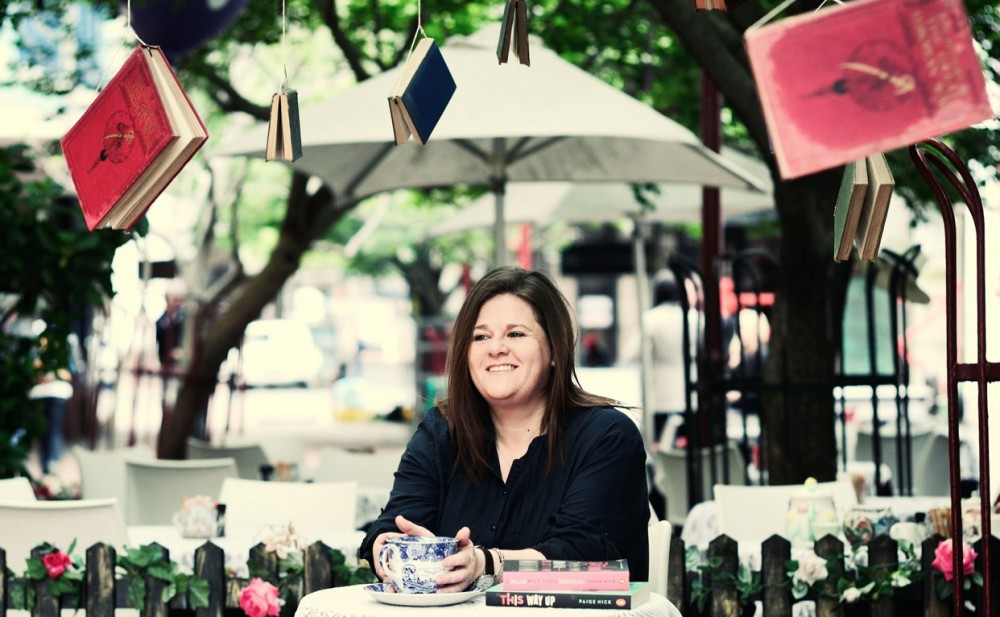 Morning teamsters, welcome to your Monday.

Here’s yesterday’s Sunday Times column, hope you enjoy.
It has to do with con artists, men with small feet and time machines. And hopefully that’s exactly what your Monday ordered.

A MILLION MILES FROM NORMAL – BY PAIGE NICK

DO NOT DATE HIM

Out of my five most recent dumps, one was an ‘I’m getting back together with my ex-girlfriend’, one was an ‘I’ve met someone else’, two were ‘I’m just not feeling it’ and the fifth one was an ‘It’s not you it’s me, I’m a douchebag!’ That’s not actually what he said, but he just stopped calling, so I’m guessing that’s his reason.

It’s never nice being dumped, it stings like crazy at the time. But nature has a great way of weeding out the losers, and I usually find that a couple of months down the line when I look back with a more critical and less emotional eye, I’m pretty grateful it didn’t work out in the end.

Towards the middle of last year I realised that the guy I had been dating for two months was a con-artist. I finally managed to get rid of him, after much conniving and stalking on his part and snot, trane and restraining orders on mine.

The whole disastrous experience made me want to invent a time machine, not only so I could go back in time to make sure it didn’t happened to me in the first place, and also maybe knee him in the nuts immediately on meeting him. But also so I could travel into the future to warn every woman who ever crosses his path. So I Googled ‘time machine’.

Unfortunately I didn’t find four quick and easy ways to build your own time machine using a lightbulb, some bubble gum, a coat hanger, a jar of jam, and a couple of old mother boards (where’s MacGyver when you really need him?) but I did find something almost as useful.

It turns out, we’re women, we don’t need time machines, all we need is each other. There are a bunch of websites out there, mainly in America, that have been created to protect women from men who may not have the greatest track record, the cleanest underpants, or the purest motives.

For a while there was a crowd-sourced website called donotdatehim.com, but these days there’s an app you can download to your phone or tablet, that uses collective information to offer insights on some of the guys out there in the dating pool. At the moment it’s only big in The States and on Facebook, but it’s hilarious and hopefully coming here soon. When a girl meets a guy she uploads his vital statistics to the app, with or without a photograph, and then she can rate him based on a number of criteria. Then other girls who have dated him can join the party and add their own opinions. All for the greater benefit of those poor unsuspecting women out there who have yet to date him.

Women can rate the men they’ve dated based on things like whether he’ll go see romantic comedies with you, whether or not he opens your door, if he pays for you, whether mothers generally love or hate him, and the size of his feet. Which we all know is actually code for the size of his… shoes.

Adam Smith is one of the good guys I found rated on the app. According to the women who have dated him in the past, some of his upsides are that he can cook, he has big feet, and he’s smart and sexy. He also calls on time, he’s great listener and he loves babies, who is this guy, Daniel Craig? But on the downside, he has a fear of commitment. He gets an average score of 9.2, and he has 19 reviews. Adam Smith gets a dating A+. Nice job, dude. You win a series of all-expenses-paid shags with some random girls out there that you haven’t met yet. Way to go. Imaginary high five.

It doesn’t surprise me that someone finally thought to do this, I mean we’ve cracked sweaters for dogs, sea monkeys and ant farms, so why not this too? Although can you imagine the sheer fury, the unspeakable damage and the ultimate deaths that would occur if something like this existed out there for men. I suspect most women out there who aren’t titty-mag models would not take kindly to being rated, while men seem to kind of like it.

Another website I came across is called ‘Are they really single?’ You simply type in a person’s name, and the city in America that they live in, social security number if you’ve got it, and you can find out within five minutes whether they’ve ever filed a marriage or divorce licence.

The world is getting smaller and smaller. On the downside, chaps if you have a small um… er… foot, people are going to know about it, but on the upside, all you con-artists, crooks and dogs, if us ladies get lucky, pretty soon there will be nowhere for you to hide.