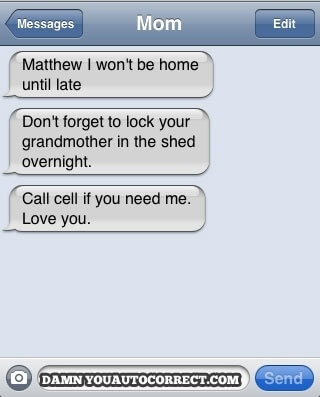 And suddenly it was the last column of the year. It’s been a fun year. Text you all next year. Have fun, be safe, don’t be good.

Take a deep breath. Ah, can you smell the booze on the air? It’s that time of year again. You blink once and it’s February, blink again and you’re buying your secret Santa gift for Shamiela in accounts. All because you pulled her name out of the bag brought around by someone on the ‘fun committee’ (‘fun committee’ being the biggest oxymoron since the beginning of all morons).

It’s the time of year that Chinese five rand shops, where everything is fifteen rand or more, do a roaring trade. When Abba’s grandchildren rub their hands together with glee at the prospect of their annual royalties to cover Porsche payments, gold-plated onesies, platinum-plated caviar, and trips to Waterloo via the South of France. And when the costume rental companies pull out their Father Christmas suits and decide whether or not to wash them before putting them back out on rotation again.

Spoiler alert; Shamiela you’re getting silly string, and no, they won’t wash the Santa suit, someone’s sure it already got washed at some point in 2014, maybe before Christmas in July.

If you’re like me, then you get low-level anxiety at the thought of going to company Christmas parties (the ones with free booze are bearable I suppose, I’m talking about the ones with a cash bar).

You have to make small talk with strangers, near strangers, clients and soon to be ex-clients, and generally bulldoze your way through your own body weight in slightly stale canapés and cheap champagne.

At one ad agency Christmas party this year, I discovered a game called ‘Swapsies’. Other than a particularly good salsa dip, it may have been the only thing that rescued me from a chronic case of SSBS (Silly Season Boredom Syndrome) which is like IBS, only it’s brought on by Gangnam Style and small talk.

Swapsies is a party game that can be played by two or more players. You gather a posse, and then everybody swaps phones. If there are three or more of you, be sure to really pass the phones around so nobody knows who has whose phone.

Players then text anything they want to anyone in their opponents phone book. If you’re in an industry that’s less debauched then advertising or if you actually like the people you’re playing with, then each person can veto two of the names in their phonebook, like Granny Myrtle, The chairman of your body corporate, or your boss. This small veto doesn’t exactly save lives, but it does save jobs and avoid conversations like this one:

Player: Hi, I wanted to tell you that I’d very much like to have sex with you.

Aunt Zelda: Since we’re related, that’s probably not such a great idea. See you at your brother’s Barmitzvah next weekend dear.

This game isn’t without it’s risks, but then that’s what makes it so entertaining. One of the guys who played with us has an ironic way of labeling the people in his phone book, which may have saved him from treading the unemployment line this January.

Player: I quit, you impotent, dried up old hag.

He says now his mom won’t do his laundry anymore.

During the course of the game, somebody sent the following text to an ex boyfriend of mine. A man who cheated on me for four out of our six-month relationship:

Okay I lie, I actually sent that to him. But here’s the thing, as well as this being a fun game to play at a boring party, or a mean trick to play on someone when they leave their cellphone next to the guacamole, it also doubles as a phenomenal alibi.

Just say, for example, hypothetically of course, you drink too much Chianti, in order to make a certain end of year party more bearable, and to make yourself more beautiful. And when you wake up the next morning you discover that you’ve texted someone (a cheating ex for example) something wildly inappropriate. Then you can just quickly email that person and tell them that the incriminating text didn’t come from you, it was just a bad case of The Swapsies.