okay so, A Million Miles from Normal, the novel, should now be available at your local bookstore, should you feel inclined to pick up a copy.

it’s a light romantic comedy, about a copywriter from joburg, forced through some horrific (and hopefully funny) circumstances, to relocate to new york city.

i’ve posted more info and a bit of a blurb on the blog over here.

check, proof: here it is in store at Exclusive Books Bayside Centre.

my sister kindly took these pics, thanks jan: 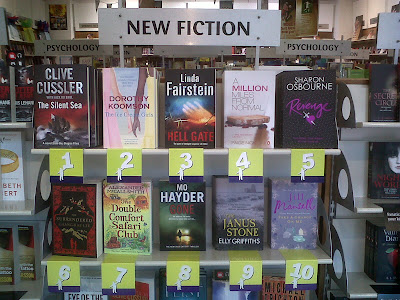 and of course, a close up. in these circles what we would term – the money shot. 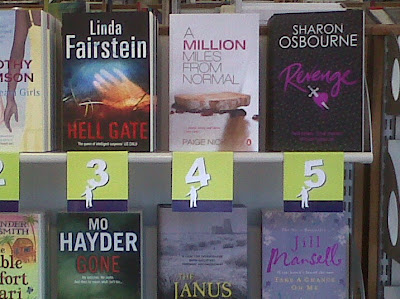 hell, be sure to avoid domestic violence and pick up two copies. like my wonderful friends, Hylton and Fran did: 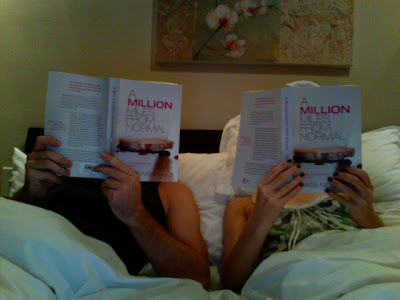 classic. smart pair, hey? although if that was me i’d get all competitive and want to be the one who reads just a little bit faster, and then it would all go downhill because i would be trying so hard to read that much faster and turn the page first. but that won’t happen to you, promise.
if the recession has gotten you down and you’re not in a buying mood, head on over to http://www.bizcommunity.com/ where they’ll be posting a new excerpt from the book every day this week, so you can check and see if it’s your vibe. and then they’ll be giving away a couple of copies at the end of the week. here is a link to the very first excerpt. page one of the book.
hey all this got me thinking about a completely and entirely less stylish kind of his and hers.
those couples who wear his and hers outfits. so i did a little trawl and i bring you these beauties. 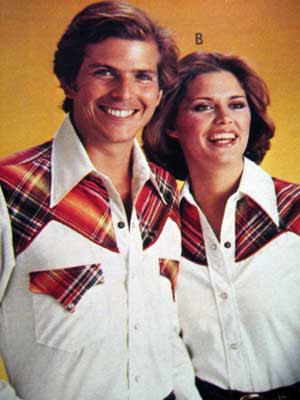 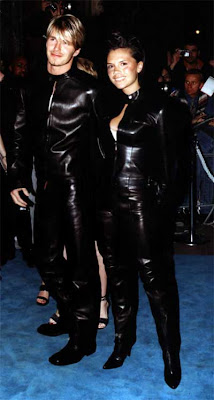 posh and becks did it once, yet somehow it remains uncool. 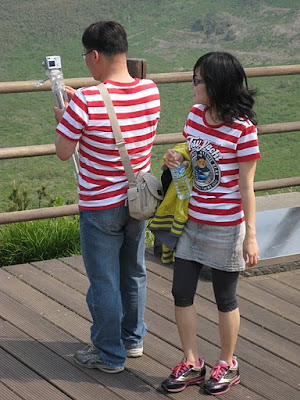 is it so you don’t lose your better half in a crowd. look if you can’t recognise the person you’re shagging, or pick them out of a police line out if they’re not wearing the same clothes as you, then you’ve got bigger problems. 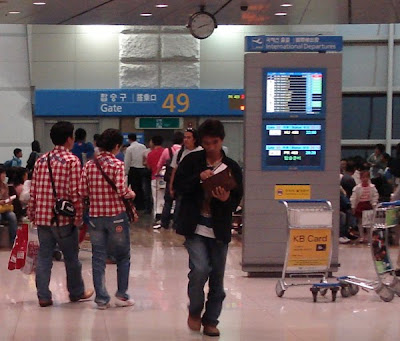 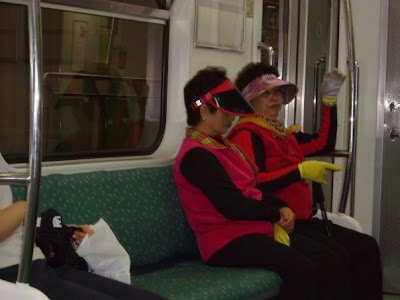 i mean, whose idea was this? one of the pair at some point must have said, babe, today i think we should wear the same clothes. won’t that be cute?
at that point the other should have bashed him/her over the head with a frying pan and made a run for it. 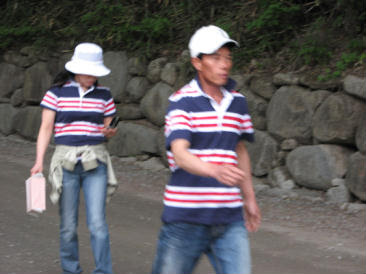 see, he’s trying to get away from her, but she has those blue and red stripes in her sights, he’s not going anywhere. poor fucker.
apparently according to Mr Internet, it’s a trend that’s big in korea (i wanted to say big in japan, but although satisfying, that would have been inaccurate.) 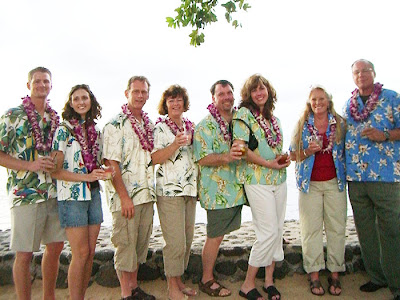 but look, the yanks do it too. i don’t know those are yanks for sure, i’m just guessing here, but reckon it’s a pretty safe bet. look, there’s ‘crazy suzy‘ over there, second from the left. she just refuses to toe the line. shortly after this pic was taken the rest of the group descended on her and bashed her to death with their cocktails and strangled her with their flower necklaces. that will teach her not to be matchy matchy with husband, bob. 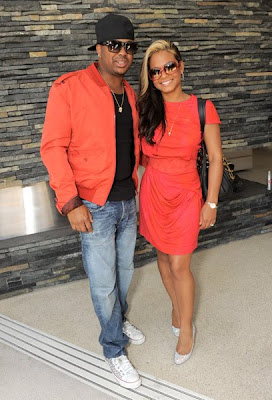 see, it’s not quite his and hers, but actually, it is. one for the ‘
unacceptable’ series i’m thinking. 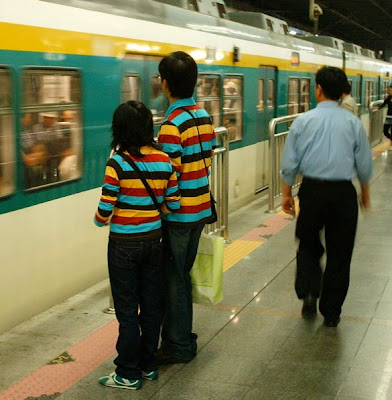 they’re waiting for the train that will take them back to individuality. sadly it left a week ago. 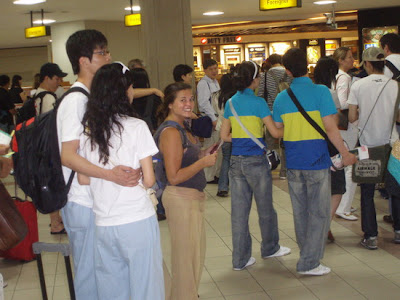 shame, the girl in beige pants and grey vest is stuck in a his and her sandwich. run girl, run for your life! 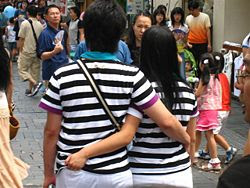 ah the old ‘his and hers’, hand in back pocket routine. 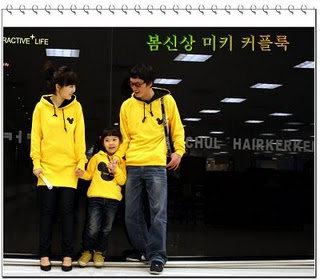 that kid is going to need an awful lot of therapy one day.
hope you have a good fake monday. it’s always hard to get back into the week after a long weekend.
and if you manage to pick up A Million Miles from Normal, let me know what you think.

a million miles from normal

10 responses to “his and hers”