What is a hipster?

Well other than becoming a sort of catchphrase that’s developed over the last couple of years, it’s also a kind of sub culture.

They like to think of themselves as counter-culture-revolutionaries and dig themselves a bit of art, culture and indie-rock. And I’m pretty sure many of them write poetry.
They generally think they reject the mainstream attitudes of your average consumer, and you’ll usually find them in skinny jeans, old-school sneakers, thick rimmed glasses, and maybe even a hat. And since that’s what they’re all wearing, the irony is that they may not realise it, but they’ve kind of become mainstream themselves. 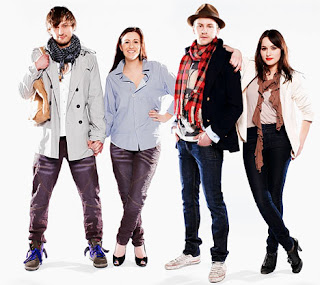 This is a Hipster Trap: 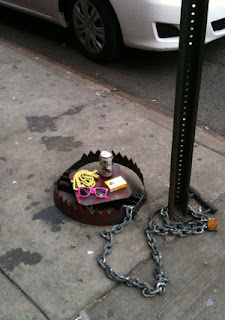 Somebody in New York City set it.

It contains: one brightly-colored bike chain, one pack American Spirit cigarettes, one can of Pabst Blue Ribbon beer, and one pair of plastic glasses.

As the website where i found this says: ‘It just needs a Moleskine notebook to lure in more hesitant prey.’ 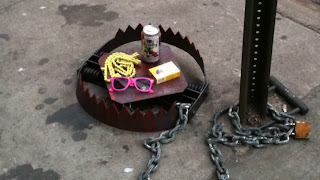 ﻿I think it’s hilarious, and genius.
We could recreate all sorts of our own traps for here.
BEE Traps – they could contain sushi, a woman to eat it off, expensive shoes, and a couple of tenders.
Or what about SA Man Traps? They would only need to contain a big stuk of beef biltong, rugby tickets and a couple of beers.
A woman trap? What about… hmmm…. a pair of Manolo’s or Louboutin’s, and your bollocks. There, we should be sorted.

One response to “Hipster traps”