oh how nice it would be if i could get this image to just go a little bigger and still wave, but not get cut off by the border of the pic thingy.

see, i’ve tried a bunch of times, but i just can’t get it right.

thanks to andrew the most great, for sourcing and sending me this cool wavey new followers image. i do love it, but it did almost make me cry.

i mean, we put people on the moon for christsake! this should be easy peasy japaneasy!

so chris, you get two options. the teeny tiny little waving version, or the normal sized waving cropped off version.

there’s a third option too, but it involves me picking up this monitor and throwing it out the window, then going outside (i’m still in my pajamas) and kicking at what’s left of the computer with my bare foot. then jumping up and down screaming and swearing and clutching at my now bleeding foot as a horrified crowd of onlookers starts to gather. yeah, i thought you’d be happier with those other two options.

that’s just life right, nothing ever goes quite as planned.

hey (in an attempt to change the subject and distract myself from my ever-growing frustration at being a complete fricken laggard) remember bingo? i’m not entirely sure why it’s been relegated to old people and losers. it’s a fucken scream of a game. 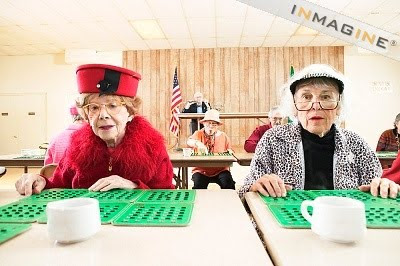 they’ve got that funky way of calling out the numbers.

it’s usually some dodgy old geezer in a sparkly jacket doing the calling: