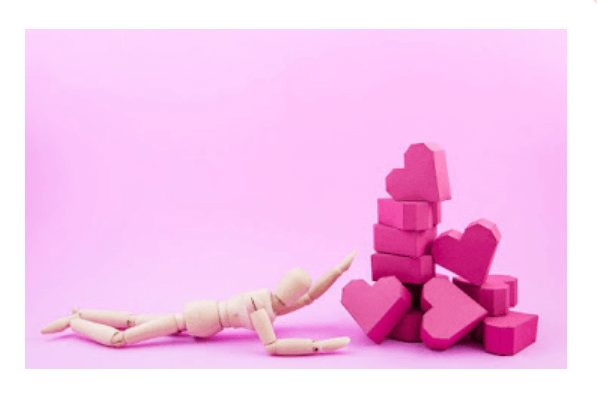 “What do I know about love? How am I supposed to write about it?” I whined to my partner the other night, after being invited to write this column earlier that day, and accepting immediately, with enough fake confidence to run an NEC conference.

My partner rolled his eyes and went back to his iPad as I grabbed a pair of tweezers off my nightstand and plucked a stray bristle I’d just discovered on my chin. I’m a 40-something year-old woman, if I’ve learnt anything during my time here, it’s that you have to blast those buggers the second you find them. He rolled his eyes again, and offered to make tea.

Wait, maybe I know something about love after all. Not crazy Hollywood movie love, but the more simple, understated, everyday kind.

I paged through my mental Rolodex of all the couples I know and tried to do a headcount. I must know at least a couple hundred pairs, gathered from work and life and travel. And out of all of them, I could only think of two Hollywood-type loves.

One of those involved an extravagant marriage proposal. He was head honcho at Musica, and produced a sixty second video, cut to a rocking track, outlining the odds of him finding his one true soul mate on a planet made up of billions of people. At the end it named her and asked her to marry him. He then bought ad space at the cinema before a movie he took her to see on date night. As the ad finished playing and her eyes grew wide with surprise, he got down on one knee in the aisle with a ring, and the audience and his future wife went ballistic. But they live in Australia now, so see where that got them.

The only other real-life Hollywood love story I could think of are my friends Emma and Warren. Party-girl Emma was here from the UK to celebrate the millennium. Not wanting to leave when her visa ran out, she looked around half jokingly to see if any of her new SA mates would be keen on marrying her so she could stay a little longer. Warren, who she’d been on a few dates with, offered himself up, in his quiet, generous style. So they tied the knot with a couple of plastic rings and some flowers from the petrol station, at Home Affairs in the Airport Industrial Estate (opposite the Frozen Fairy ice-cream factory). Seventeen years and an amazing daughter later, these two are beyond happily married and about as soul-matey as couples get.

I also know a French guy who discovered that his parents were first cousins; they even had the same surname when they got married, but that’s love from a different kind of Hollywood movie.

The rest of the couples I know are all pretty regular – met at school, started dating, or met through a mate, or at work, or online, or after a divorce. Fell pregnant, fell married, or 35 and biological clock ticking. Just totally ordinary, non-Hollywood, non-glitz, no fireworks, no mistaken identities, no family feuds or running through the airport reunion scenes, no love at first sight, or love after a grand romantic gesture.

Because most of the time there’s not much that’s so spectacular about love. It’s just finding someone who wants to be next to you while you’re on your laptop in bed every night, and who doesn’t mind that you insist on an aisle seat everywhere, because you’re unreasonably claustrophobic, and isn’t bothered that you don’t like red peppers or Star Wars movies.

It’s love after four years, eight months and six days, not the kind that makes your heart race every time you see them. Nobody is standing outside my window with a boom box, blaring Peter Gabriel’s In Your Eyes, or getting my name tattooed on his butt, or buying me a castle in Scotland.

Should I want that? Am I settling for less than I deserve by being happy with someone who will just scratch my back on demand, but may never write poetry about me, or name a galaxy of stars after me? Maybe by not wanting a big, grand Hollywood kind of love, my expectations are too low. But then perhaps being in ordinary love, with someone regular, is about keeping one’s expectations low, because it goes both ways. And then when you inadvertently pluck your chin in front of them for the first time, you’re only disappointing yourself.

And anyway, grand Hollywood-type romantic gestures are all good and well, but where does your relationship go from there? Everybody knows that rom-com sequels are never quite as good as the originals.