Do you have the time?

I love a monday. I kid, I kid. Although there is an upside to it, I get to post yesterday’s Sunday Times Column. Enjoy.

HAVE YOU GOT THE TIME?

There are a ton of people out there in the greater world who seem to have an awful lot of spare time on their hands. And thank the Internet Gods for them.

At least a handful of times a week I find myself shaking my head as I watch a YouTube clip, or hear a story, or take a look at a picture that someone’s uploaded to either Facebook or Twitter, and I wonder, where on earth did they find the time to do that?

Take Simon Beck for example. He spends his days alongside the frozen lakes of Sovoie in France, where he walks through the clean, freshly fallen snow in snowshoes, carefully plotting his path, so that the footprints he makes with his snowshoes create enormous, elaborate geometric patterns in the snow, that can really only been seen from the sky. 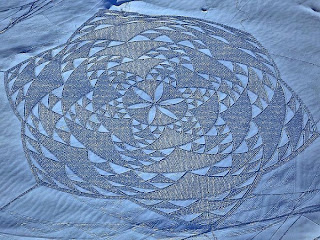 He plots them so carefully that some of them even look 3D from above. Most of his pieces are the size of three soccer fields and he works for five to nine hours a day, or as long as he has enough daylight to see where he’s going. The people flying over his masterpieces on easyJet, must be incredibly moved and grateful, that is if they stop watching reruns of Everybody Loves Raymond on the inflight entertainment system, long enough to look out their window.

His designs are completely at the mercy of the weather, of course, and three day’s work is often erased overnight by a heavy snowfall, yet on he plods. Fair enough the results are spectacular, but one has to wonder where he finds the time? While he’s off plodding through the snow, who’s doing the shopping, getting the exhaust on the car fixed, or standing in the queue at Home Affairs?

And the rest of the internet is home to millions more of these kinds of projects (this one is a MUST SEE). Some are certainly more futile and time consuming than others. For example, did you know that there’s a whole band of people who upload their favourite movies onto You Tube, but only once they’ve recreated the movie with their own soundtracks? It’s true. They mute the original soundtrack created by the professionals in Hollywood, and reimagine how they’d score the entire movie themselves. It’s the equivalent of making a mixed tape, and instead of giving it to a girl you’re trying to impress, you give it to a movie you’re trying to impress. The term, get a girlfriend, does come to mind.

Other bizarro projects out there, while still massively time consuming, are at least sweet and interesting, and stimulate some form of discussion. Michael and Lenka from the UK, woke up one day and decided to send a handwritten letter to everysingle person in the world. They started with a small village in England called Cushendall. So on one day every single person in the village received their very own hand written letter or postcard in the mail. The letters ranged from plain hello, how are yous, to long rants about what was on television the night before, or poetic missives about what an amazing person the recipient of the letter is. Every single one of the four hundred and sixty seven letters received were hand written and personalised. Even the local post office received one.

I don’t know about you, but some days I struggle to find the time to brush my hair and buy milk, let alone lie on the floor for two hours with my video camera poised,waiting for the cat to do something cute, or write four hundred and sixty seven personalised letters.

If it wasn’t for these strange and creative people, with far too much time on their hands, our world would be a much duller place, and what would we email to each other all day? Our inboxes would be empty, and half of Twitter-ville would be a ghost-town.

So, to the guy who decided to recreate an entire Eddie Izzard skit with Lego, in stop-frame animation, sixteen million hits later, we’re truly grateful you had nowhere to go, nothing to do, no commitments, no dates, no deadlines, no places to go or people to see for a couple of months of your life.

One response to “Do you have the time?”