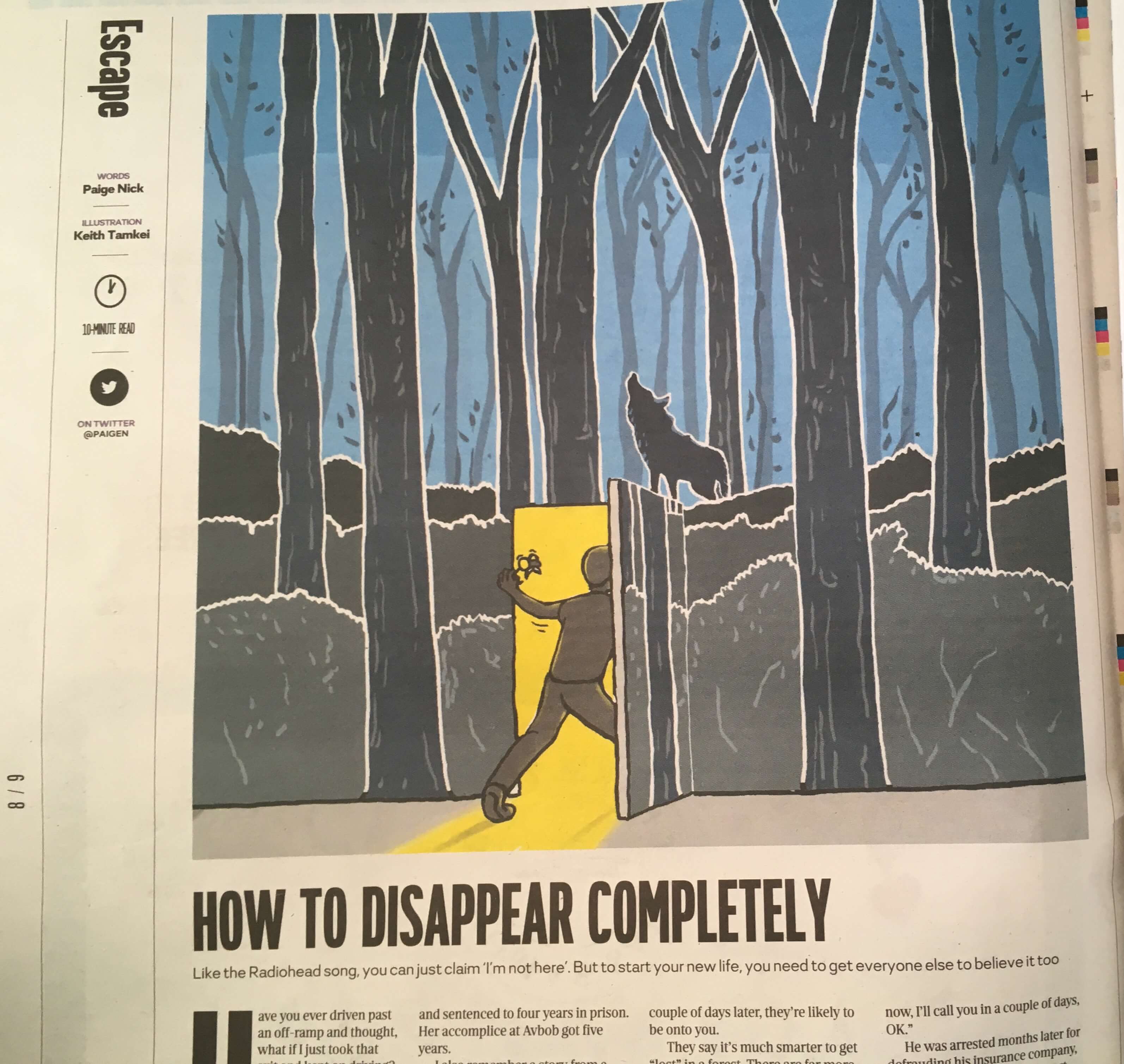 Have you ever driven past an off-ramp and thought, what if I just took that exit and kept on driving?

People do it all the time, especially at this time of year; tired, gatvol and swamped in debt. Although most of them put quite a lot more thought into it than just putting their foot down on the N2, or going out for a pack of smokes and never coming back.

That’s the fantasy when life becomes a bit too much; go somewhere where nobody knows you, you have no commitments and you can start all over again, rocking a pair of those plastic nose, moustache and glasses disguises.

There are a million and one ways to disappear, but for those thinking they can score a buck in the process, the two most common in South Africa are faking your own death or faking a kidnapping.

In 2009 a Capetonian woman took out life insurance on herself, then doubled it every year, until she managed to fake her own death by bribing an Avbob employee 100k to issue a fake death certificate, then she raked in the R3.6 million life insurance. Until discrepancies in place of death on different documents alerted officials and she was caught and sentenced to four years in prison. Her accomplice at Avbob got five years.

I also remember a story from a few years ago, when the wife of a DSTV installer in Bloemfontein received phone calls and SMSes to say her husband had been hijacked by armed men at gunpoint, and kidnapped for a ransom of R400 000. The man was later found and arrested with his ex-girlfriend at a bank in Richard’s Bay.

And it’s not just ordinary folk stuck in the daily grind who do it. More famously, in 2005, Olivia Newton John’s ex boyfriend disappeared on an overnight fishing trip (on his boat, ironically called ‘Freedom’). He was presumed dead for years, until he was spotted living it up in Mexico on all that child support he wasn’t paying.

But if you’re considering a sneaky exit, experts say the biggest mistake people faking their own deaths make, is going missing in the ocean. If your body doesn’t wash up somewhere wrapped in seaweed and barnacles a couple of days later, they’re likely to be onto you. They say it’s much smarter to get ‘lost’ in a forest. There are far more things that can go wrong in the woods than in the ocean, and if none of your bones show up they’re less likely to suspect you cried wolf, and more likely to suspect that you were eaten by one. Plus, if you’re really lucky, an over-zealous serial killer might take responsibility for your death, then everyone will stop looking for you and cough up even sooner, so you can have a happy after life.

The hardest part for people who fake their own death seems to be staying dead. You have to give up all your social media accounts, all those fans and followers you’ve worked so hard to get. You also have to put some effort into changing how you look, and then you can’t even selfie your new look on Instagram. And you can never return home or see your loved ones again.

An Australian man who supposedly died in a speed boat crash in Sydney in 2000, was strolling around Mt Maunganui five years later with his new fiancée, when he bumped into his older brother. “Is that really you?” his brother asked. “Of course,” he replied. “But look, it’s not convenient to talk right now, I’ll call you in a couple of days, okay.”

He was arrested months later for defrauding his insurance company, when he tried to use his passport.
It’s not as easy as you think to erase a digital footprint and live off the grid. You have to navigate years in a new place without bank accounts or credit cards, no ID, driver’s licence or passport. You can’t even FICA a cell phone, unless you decide to get a fake identity, which is the most common mistake faux dead people make, after defrauding their life insurance. You see there’s nothing illegal about just disappearing. It’s not a crime, unless you’re on parole, owe someone money or miss paying child support. Other legal difficulties also come with the fraud, identity theft or lying to the police, that often goes along with your garden-variety disappearance or fake death.

It certainly brings a whole new meaning to getting away from it all this December.