i see that ‘Digrace’, the major motion picture starring John Malkovich, based on the major award winning novel by J.M Coetzee (you sirs, both get capital letters, always) opens in cinemas this august. reminds me of something quite strange and interesting, but also true that i haven’t been able to stop thinking about since i first found out about it.

a lady named stacy hardy and a chap named francois naude have embarked on a project. at first i thought it was bullshit, then i thought it was genius, now i still think it’s genius, but i think their reasons for doing it are bullshit.

they took the (fucking fantastic) book, disgrace, and created a computer programme that translated it word for word using the number one search result on google images for each word.
and then they laid it out just like the book, so if there were ten words on a particular line in the book, they would put the ten correlating pictures in the same line. here’s page one of chapter one, so you can see what i’m rambling on about: 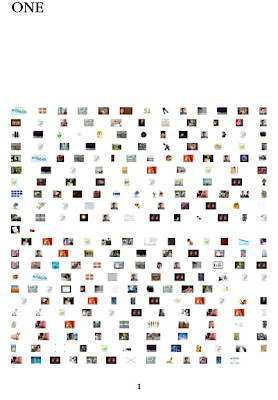 they also made it into a movie, by animating the images of each word over richard e grant’s narration of the book. part of the beauty of this project is that from what i understand it constantly updates itself, because the number one google image search for any given word changes from day to day.

take the word ‘penis’ for example. (ha ha i did manage to get it in.) search google images for ‘penis’ and this comes up (terrible puns, apologies):

but look again the next day (which i did) and the number one google search image for ‘penis’ will have changed to this: 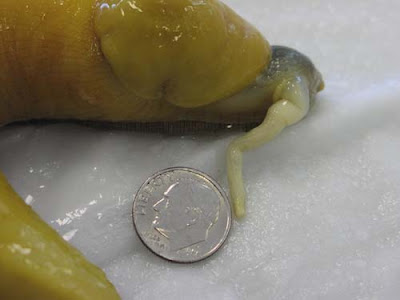 here’s a youtube link, in case you’d like to take a look. (the link is to dis.grace, the movie, not a slug’s penis.) http://www.youtube.com/watch?v=CRfAgahHTXc

awesome idea, don’t you think? but you have to wonder, why?

this is their explanation:

“dis.grace is a digital project that re-appropriates JM Coetzee’s novel, Disgrace (1999) in order to explore the failureof language to maintain its authority in the postcolony. The project translates the full text of Coetzee’s novel into images using the Google Search Engine’s “Image Search” functionality. It matches each word in the book with its equivalent No.1 Google search image* to create a new book, a visual text rewritten through the eyes of a global digital popular culture. It combines chance, play, bad taste, incomprehension, artifice, and a lack of truth to up-end the “disgraced” Western literary parameters of “white male writing” considering its history of ideologically (and sexual) objectification and predation. It shuns the authority of the author and the omniscient narrator used in the Western novel as the equivalent to the intruding phallocentric colonizer while at the same time questioning the amnesia and historical selfinvention of post-apartheid consumer society.
*Google images search rates pages according to popularity thus creating a seemingly “democratic voice”, based on the consensus of the majority of internet users.”

Yup, see, a whole lot of bullshit. they lost me at ‘postcolony’. i’m just not smart enough to get it. but i do think it’s a fucking cool thing and i’d love to see them do it to a whole series of books, whatever their reasons for doing it.