Dinosaurs shagging, cos they must have.

I’ve always claimed that some people have strange minds, not to mention too much time on their hands, and thank Beelzebub for those people. Without them the internet would exist solely on porn and spam and we wouldn’t find any of this kind of stuff:
Dr Beverly Halstead, an English researcher, has in my opinion spent way too much time (especially for a doctor) fantasizing about how dinosaurs must have had sex.
I suppose it’s a valid thing to wonder about, what with those bizarrely short arms, and bulks in excess of 30 tons.
So, Doctor Bev got together with some scientific illustrators and they’ve come up with some drawings that depict what the feat might have been like. 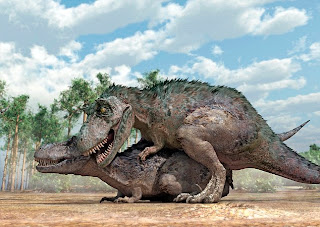 I’m surprised that lady dinosaur doesn’t look a little more shocked in that one, after all, the penis of a tyrannosaur is estimated to have been around 12 feet long. 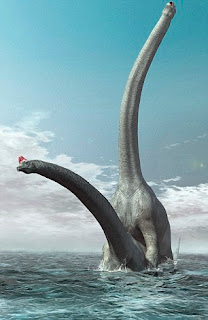 It seems they all pretty much did it doggy style, and since they were obviously the first to do it, perhaps we should call it dinosaur style instead? (PS: do my eyes decieve me, or is that lady dino wearing a fascinator? Stylish!) 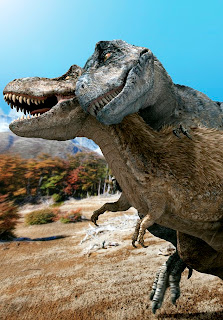 Another creature I imagine might have a hard time making love romantically, is this guy:

He’s soft and furry and all, but with those flippers there can’t be very much hugging going on. Especially since they’re such round creatures. I would imagine one of those flippers would barely make it quarter way around another penguin’s back.

And they don’t have the benefit of the dinosaur’s twelve-foot penis, although for these poor little guys that’s probably a good thing.