Confessions of a sex-toy shop owner

I was invited to do a podcast a couple of weeks ago with wonderful friend, author, and general all-round cool chick, Casey B Dolan. It was there I met fabulous 83 year old sex therapist, Esther Saphire and Paula Rubenheimer, the owner of Lady Fay’s Boudoir, an online sex-toy shop.

We got chatting and this is what came of it, published in the most recent Sunday Times Lifestyle, together with a gorgeous pic of The Lady herself (this is the uncut version):

SPANK YOU VERY MUCH

At 31, Paula Raubenheimer finds herself the owner of a Business Science (Law) degree from UCT, a post graduate diploma from the Red and Yellow School of Advertising, and an online sex-toy shop, called Lady Fay’s Boudoir. 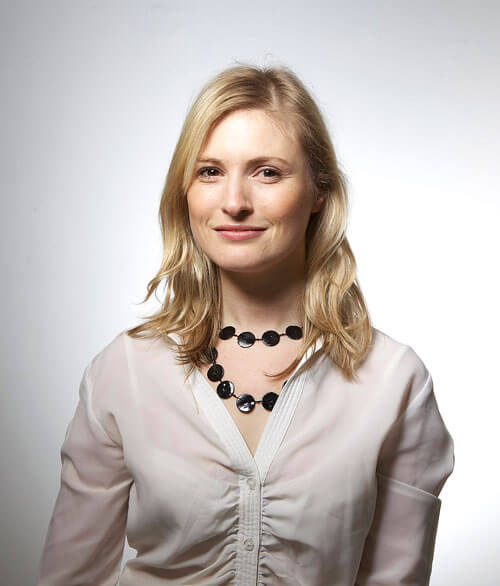 Sure it’s not a conventional career, most young girls grow up wanting to become princesses, schoolteachers, beauty queens, astronauts or ballerina-scientists. I’m sure very few grow up wanting to run a sex-toy shop. Which is unfortunate, as it turns out it’s a perfectly good career choice. And anyway, who wants to spend 40 years of their life doing conventional?

It all started when Paula went for a wax just over a year ago, and her beautician told her about an awkward experience at a local ‘adults only’ shop, trying to buy something for a DW (dirty weekend) away with her husband. Paula instantly saw a way she could use her experience at an online media company for good instead of evil. She would create a safe, inviting space where people wouldn’t feel sleazy or judged just because they wanted to buy a dildo, or a pair of crotchless panties every now and then. And so Lady Fay’s Boudoir was born.

Over the last year, Paula’s learnt a few things. Did you know the ‘We-vibe 3’ is one of the best-selling sex toys of all time? It’s the JK Rowling of sex toys. It’s a couple’s toy, which pulls the (butt) plug on the cobwebby myth that all sex toys are just a substitute for the real thing for loners, freaks and single 40-year old multiple-cat owners.

The We-vibe 3 is a u-shaped toy, made from medical-grade silicone (it comes in the cutest colours), with a vibrating motor in both tips. It’s 40% more powerful than the We-vibe 2, and infinitely more powerful than the We-vibe 1. Flip, by the time we get to the We-vibe 6 it will be able to drive you to work. You and it both come with a remote control, so you can use it during sex to stimulate both of you – with the one end working it’s magic on the inside, while the other gets busy on the outside. Or it would definitely make lunch at the in-laws more enjoyable, and suddenly vacuuming doesn’t seem like such a chore, does it? 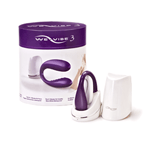 While the Boudoir was created to cater to women, Paula’s been surprised to discover that more than half her clients at this stage are men looking to spice up their relationships. Or maybe they’re just trying to apologise. Let’s face it, most guys are in trouble for something most of the time, and flowers are such a one-way gift. The smart chaps have figured out how to buy a gift that gives back.

An 85-year old man recently approached Lady Fay for advice on how to spice up his love life. He’s been married to the same woman for over fifty years, can you blame him? It’s nice to know that there’s no age-restriction on getting saucy. And people really are getting saucy. Lady Fay’s call logs show they get a lot of calls late at night. How many companies in the world would kill to have such enthusiastic customers?

Some of this new-found enthusiasm for sexual experimentation has to be attributed to Fifty Shades of Grey. E.L James has dragged sexual accessories out of the dark, seedy masculine underworld, and placed them squarely in the public domain. Without her it’s doubtful this would have become such a big topic of conversation amongst adults at school fetes, family gatherings, therapy and dinner parties.

But while we’re endlessly thankful, EL James needs a bit of a spanking too. She openly admits she’s never tried any of the toys she writes about, and it shows. She’s created some confusion around how a few of the products she uses as props in her books actually work, landing people around the world in compromising positions. The London and New York City Fire Brigades call it the Fifty Shades Effect. There’s been a marked increase in handcuff incidents, cock ring debacles, and a few pussies stuck up trees, although those may not all be related to the erotica.

And while it doesn’t require assistance from emergency services, there have been a couple of Ben-wa incidents too. Ben-wa balls are marble-sized balls you first insert, then clench your muscles to keep them in. Think of it as higher grade Kegels. A set of metal Ben-wa balls are the first sex toy Anastasia and the reader is introduced to in Fifty Shades of Grey.

Now they’re great if you’ve done this kind of thing before, but any sex-toy connoisseur worth their gimp mask, knows that one should really start with a set of much lighter silicone balls, and work ones way up to the heavier metal balls as your muscles strengthen, to avoid an awkward situation when you stand up to carve the roast and literally lose your marbles. So, EL, you get an A+ for creating awareness and demand, but a D minus for product research.

Besides knowing the ins and outs of Ben-wa balls, Paula wishes every woman knew about the Je Joue Mimi Clitoral Massager. You know how much women like toys that can multi-task (that’s why the Kenwood Chef is so popular) well, the Mimi looks like a bright pink computer mouse and will stimulate your special place, and works well as a back massager too. 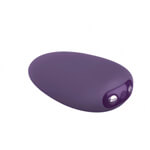 And she reckons there would be less war and violence in the world if every man got an Oden Cock Ring in his stocking this Christmas. It’s a small, innocuous, expandable silicone ring, which fits neatly in the palm of your hand, slips easily over the penis, and then vibrates on demand, thanks to a wireless remote control. Ladies, this might be the first time your guy won’t mind giving you control of the remote and you can finally show him how annoying it is when one constantly flips channels. 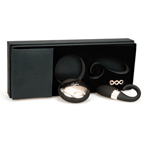 Of course it’s obvious where that stigma comes from, some of the toys are extreme, but much like Nando’s, you don’t have to buy the extra hot peri peri, they also come in lemon and herb, mild, or just a little hot, for those who don’t have an appetite for anything too scalding.

Until we’re comfortable enough as a society to pop into a sex-toy shop in the mall, set between the Dunkin’ Donuts and the biltong shop, Lady Fay will live in the anonymous online world. And if that’s still not inconspicuous enough for you, no worries, it will even read LFB Trading on your credit card slip, and not Wild-Sex-Pervert-Purchase, or Look-at-me-I-Just-Bought-A-Butt-Plug, as so many people fear.