I’ve heard of a gum ball, but this is ridiculous.

It’s a landmark in downtown Seattle. 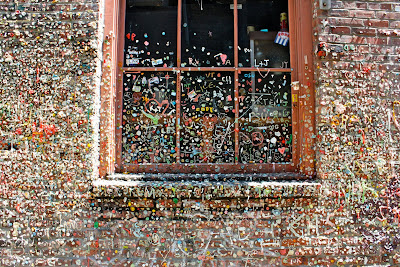 According to the internetweb it’s not the first of it’s kind, there’s also one in the aptly named Bubblegum Alley in California, too. This specific gum wall is located at the waiting line for The Market Theatre, and they say that the tradition began around 1993 when people waiting in the queue used the wall as a giant gum bin. At first theatre workers scraped the gum away a couple of times, but eventually they gave up, and in a smart move of genius spin doctoring they declared it a tourist attraction. 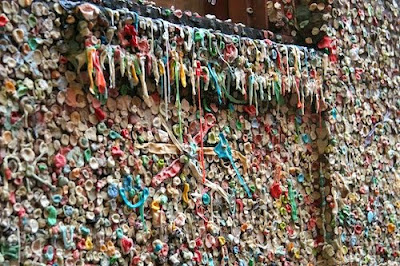 It’s somehow gross and beautiful at the same time. 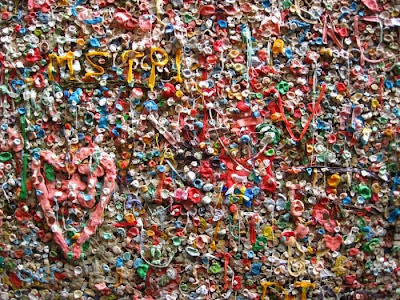 Whatever you do, don’t touch it. I’m not a major germ-o-phobe, but just imagine what this wall is carrying in the germ department. 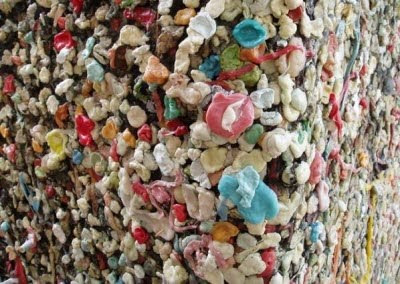 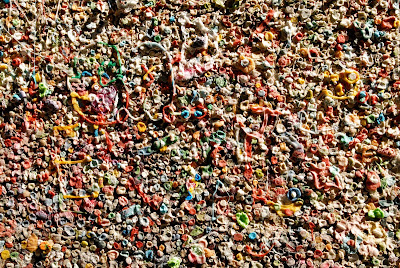 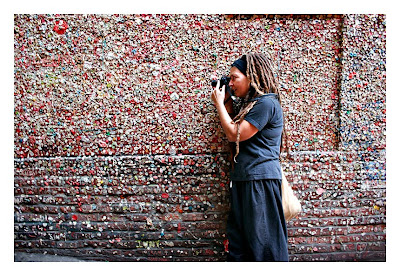 Chew, look, but don’t touch, people.
ps: I found this here. And I’m so grateful to them for finding it.

2 responses to “Chew on this”