I have this fabulous old friend (he’s not old, he’s younger than me, i’ve just known him for a long time, hence the old) anyway, I digress. His name is Wallace, and he used to say a very wise thing; ‘Every day is a school day.’

Too true, don’t you think? A wise old thing is Wallace. (Again, he’s not old, that’s a term of endearment.)

So today was indeed a school day and I learnt a couple of things.

But here is the craziest thing I learnt.

So we all know what a camel toe is, right?

You know, when a girl wears her pant too tight, like this: 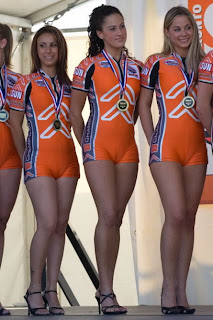 Yes, that picture was taken at the 2010 Camel Toe Olympics. And they all won gold medals.

According to our friends at Wikipedia (Oh my goodness, what would I do without you Wikipedia?) it’s:

Moose Knuckle is a slang term that refers to the outline of a human male’s genitals showing through clothes at the crotch. It is the male equivalent of cameltoe. 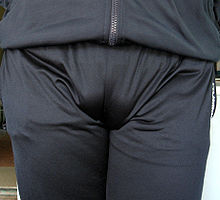 And at the Moose Knuckle Olympics: 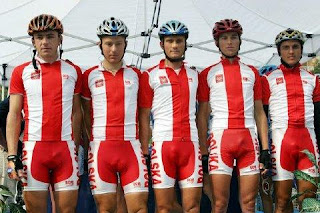 Oh my goodness, it couldn’t be any funnier if it tried.
Did you all know about this thing all along and nobody’s ever thought to tell me, or is this new to you too? Let me know.