This column first appeared here, in the Sunday Times, on 30th July 2017

I blame online dating for Trump and Zuma.

Remember what a huge breakthrough online dating was when it first hit the scene in 1995? Before that we had to meet the old-fashioned way; out buying melons, or your number got taken down off the back of a toilet door in a bar. A whopping seventeen years later, in 2012, Tindering was finally invented. In which you pick a match at best by their looks, at worst by the simple convenience of their location, directly proportionate to booty call hours and alcohol consumption. Since then, nothing new. Crickets.

We’ve advanced electric cars, invented cronuts and we should be living on another planet by next Thursday, but in the hooking up department, that’s all there is. So I’ve been wondering what the next big innovation in dating is going to be, and how much longer we’re going to have to wait for it.

Maybe it will be that your best friend picks your dates for you. My friend Jen, pulled a dress off a rail for me, that I would never ever ever have looked at twice, but I now love it so much, I wear it every day and twice on Sundays.

But that’s not much of an innovation. What if the new thing in dating was honesty? Imagine if it was suddenly frowned upon to lie, and honesty became prized and sexy for the first time since 1995. I believe dating websites are the original source of Fake News and I blame them for our current global political situation.

Before kissabillionfrogs.com or swipeadouche.co.za, or whatever portal you’re shagging your way through, it wasn’t acceptable to lie. Only criminals and con artists did that. Then suddenly it was time for us to describe ourselves to strangers online and all hell broke loose.

So could honesty be the next big thing? Are we all just moments away from openly admitting that we’re only average looking and our thighs rub together when we walk. Or that you posted a picture from Google, because you’re married and you don’t want your spouse to know you’re trawling for something on the side. You could finally admit to your porn addiction, or the fact that you’re looking for a blesser, and all that honesty would be sexy and appreciated. Your potential partner would admit they’d rather be with someone average looking, because being with a hottie is too much pressure. Or that their willy isn’t huge, but they have enough cash to make up for it. Just think of the time, money and energy we’d save not having to wait for the fourth date when all the wine and truth usually comes out? Okay, so honesty it is. Either that or we wait until Elon Musk comes up with something better. I hear he’s dating again. 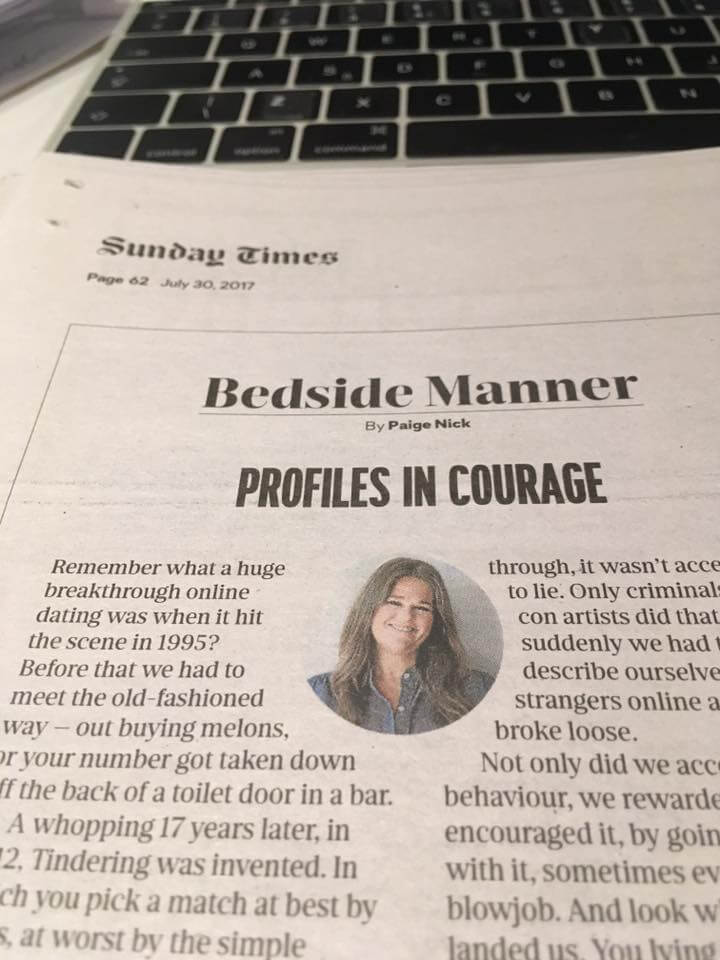