Would you ever be in the market for a walking, talking, intelligent sex robot? Industry insiders reckon by as early as 2050, intimate relationships between robots and humans will be as normal as going out for milk, in your hovercraft.

I’m surprised they only peg it for thirty-five years from now, I was having pretty robotic sex with this one guy I met online as far back as 2009.

There are already a bunch of sex dolls on the market, and they’re becoming more sophisticated by the year, as scientists figure out how to build them with artificial intelligence and skin that feels real. The robotics industry is obsessed with getting it right. Can you blame them? Every person who works for the company that figures it out first will retire early, with several yachts.

One of the tech companies in the running is currently developing a sex robot named Roxxxy, which they say will soon be a self-learning machine. It will talk to it’s owner, learn his likes, dislikes, how he takes his tea. Roxxxy 1.0, which has none of these features yet, already sells for around seven thousand dollars and has thousands of pre-orders.

Of course not everyone is racing out to put their names on a waiting list for a walking, talking vagina doll. An international campaign has been launched calling on governments to ban development of robots for sex. Campaigners are concerned these machines reinforce gender stereotypes, and further entrench the belief among some men that relationships need be nothing more than physical.

One of the CEOs who is set to make a gabillion if his company brings out the perfect robot girlfriend first, is quick to point out that these dolls aren’t supposed to be replacements for having a wife or a girlfriend, but are rather a solution for people who are between relationships, or who have lost a partner. I’m so glad he cleared that up.

At first glance, I wasn’t really bothered by the thought of a bunch of intelligent sex robots named Suxzy or Fitbit or Bambi 6.0 coming onto the dating scene. After all, isn’t a sex robot just a super high-tech sex toy with a bunch of extra bits? And sex toys have been around forever.

Surprisingly, the guy I’m dating right now feels differently. He is all for the ban. He thinks a doll with the ability to make all the sex noises and talk back to him is creepy. Or maybe he’s just saying that to my face, and he has two under his bed at home.

My only real worry is that there are already so many women and not enough eligible (read: straight) guys on the dating scene. And if guys won’t have to talk to her, call her back, or take her for dinner, and she’ll still put out for them, I reckon us human women won’t stand a chance. 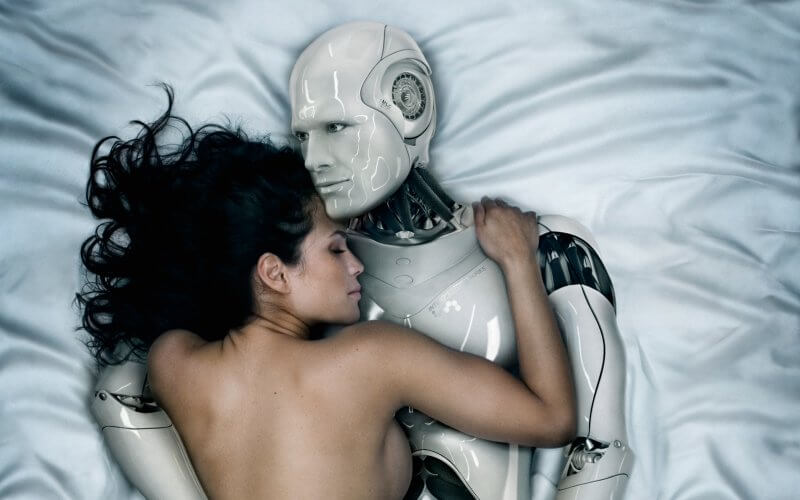