I must say I’ve always been partial to a bit of rugby. Any sport that puts men in shorts and has them running around getting all sweaty can’t be all that bad, but that being said, soccer’s really not my bag baby. I’m embarrassed to say that i don’t know very much, or anything, about our national side.

So I decided to put my soccer phobia asside and take a closer look at our Bafana Bafana boys who will be representing us in a couple week’s time. 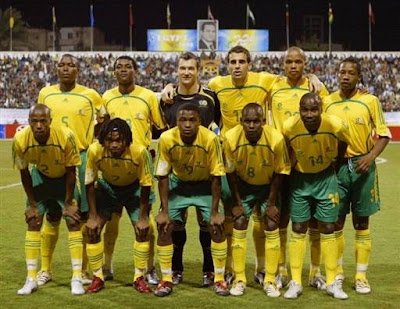 And I was quite pleased to discover that we’ve got some oddly named players. 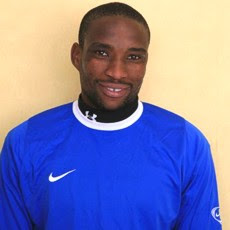 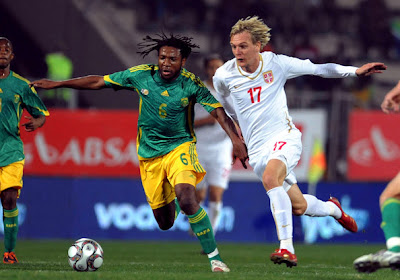 Both good names that I think bode well for the success of our team.

Surprise Moriri will no doubt sneak up on the opposition’s goal mouth and bash that ball in there before anybody even know’s what’s hit them.

And Macbeth, well Macbeth is simply gonna get medieval on all their asses! 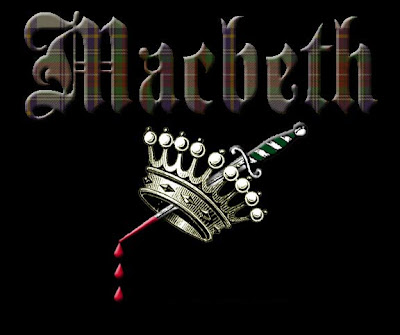 but i was sad to discover that this man: 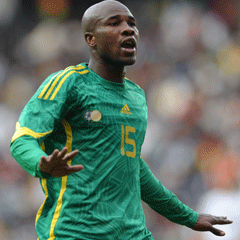 Innocent Mdledle, was dropped from the side yesterday morning.

Innocent, had he been included in the side, would surely never have gotten caught making illegal fouls.

I think it might be time for a strongly worded letter to coach Carlos Alberto Parreira. 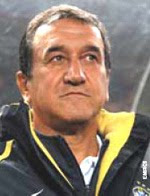 how can you drop Innocent from the side? He didn’t do anything wrong. Didn’t you see that he is Innocent!

You go Bafana Bafana, we’re behind you all the way, even us clueless soccer plebs.

Go whup us some ass!

One response to “Bafana Bafunny”