It’s here, and I now have to ask, how did we ever live without it?

The Naked News has arrived in Africa, according to an article in The Sowetan.

The Naked News is an online news channel that was launched ten years ago in Canada and has finally made it’s way south-side to sunny SA. (Brrr a bit cold in canada for all that nudity! SA is much better suited to it.)

It’s just like any other news programme you’ve ever seen, except for one small difference, the news readers (and weather girls) slowly strip off their clothes (all of them) as they read out today’s latest stories, until they’re stark, butt nekkid. 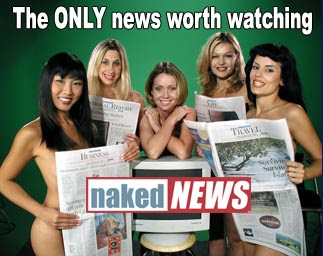 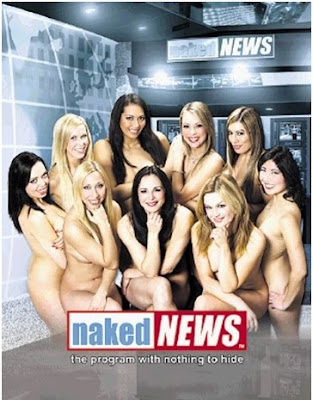 ‘…The white house called Thomas’ actions offensive and reprehensible…’ says the pretty blonde newsreader as she reaches behind her back and unclips her lacy bra, and reaches down to pull of the matching knickers. 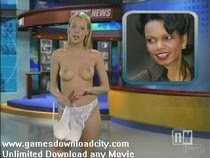 Are there no sane people left in this world?

Jo’burg based Amy-Leigh Murphy (34) is the first South African Reporter for The Naked News according to this article on News24. The subscription-based service, which is available online and on cellphones (at about R100 a month) launched its first locally produced news clip, presented by Murphy on 7 May. 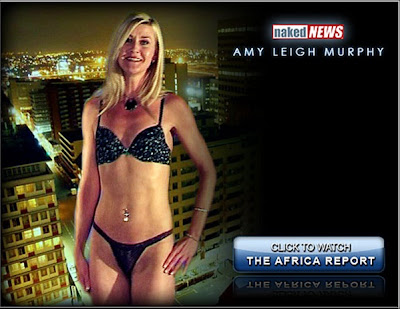 “I have a passion for news and a beautiful body. I read very well,” Murphy said in an interview.

Seriously, I don’t really have a problem with it, I think it’s kind of funny. Where I do take issue however is when stupid fucking idiots say stupid fucking things like this:

‘… Spokesperson Melissa Douman says Naked News will eventually add male presenters. But these anchors will not strip completely. “Full-frontal male nudity is not very neat. They would, for example, wear a sexy G-string or Jockey.”’

What the fuck is up with that? That’s just pure and simple bullshit. Chicks can strip and read the news, but dudes can’t. Who the fuck made up that rule?

Other dumb things they’ve been reported saying include this:

“It’s a tongue-in-cheek way of presenting the news. The aim is not to cause arousal.”

and this pure idiocy: 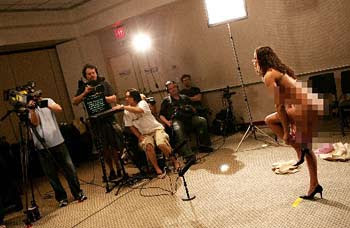 Short of having Ron Jeremy himself as a newsreader, you don’t get much more porny than this: 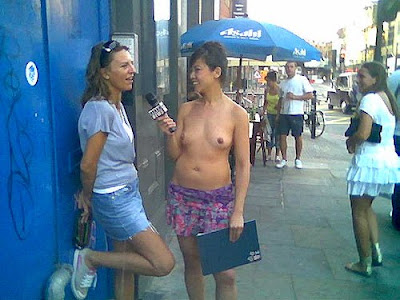 just insert a little ‘boom-chicka–wa–wa‘ music, stick your hands down your pants, and we’re good to go, right? 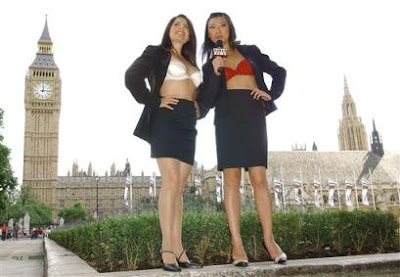 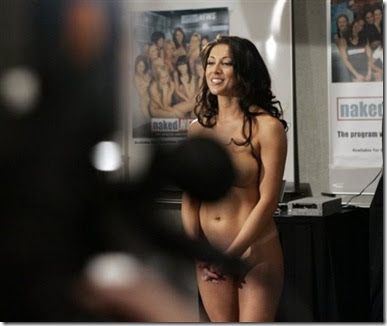 I can almost understand why and how they launched this initially in Canada all those years ago. First of all do they even have news in Canada? ‘Yesterday a Moose got lose in Winnipeg…’ No wonder the newsreaders had to get their kit off, they had to do something to get people to watch it.

Africa is an entirely different story.

‘…Yesterday twenty men, women and children were killed by a panga–wielding guerrilla terrorist…’ I’m just not sure we have the kind of news that should be read in varying states of undress.