Today’s post is a little bit (a lot bit) crazy. Somewhat freakish. And a tad mad.

But what the hell, it’s a monday.

You’ve seen this painting before, right? 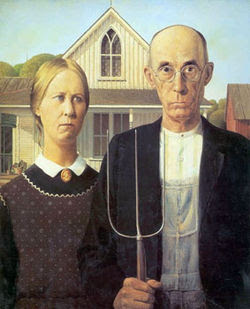 I think it’s one of those things that we’ve all seen but we don’t know much about. So I decided to do a little research. 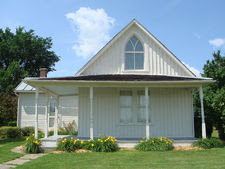 And he decided to paint it along with ‘the kind of people I fancied should live in that house.’
In Woods’ painting the farmer is actually standing next to his ‘spinster’ daughter and not his wife, which is kind of what you assume when you look at the picture, you just think man and wife. Well, that’s what I’ve always incorrectly assumed, anyway.
I think the painting creeps me out, but mostly it just fascinates me. It’s an incredibly familiar image. And it makes me wonder what makes one image, like this one, stand the test of time, while hundreds of thousands of others don’t.
It’s one of the most familiar images in 20th century American art. It’s also one of the most parodied.
And that’s where the fun starts.
People have done just about everything you can imagine to this image, and then they’ve done some more. Check it (these have been sourced randomly from all over the internet): 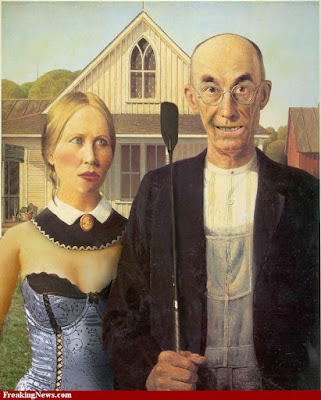 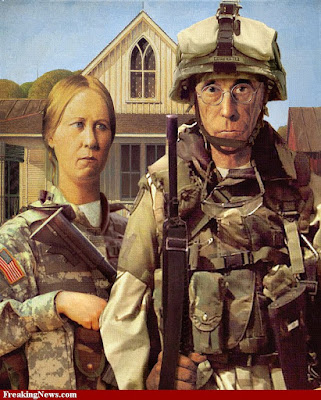 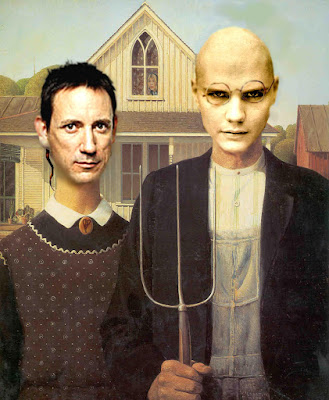 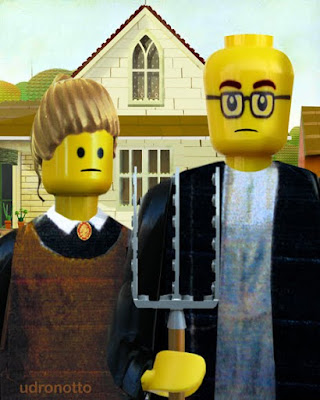 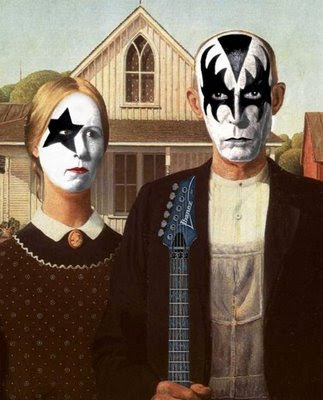 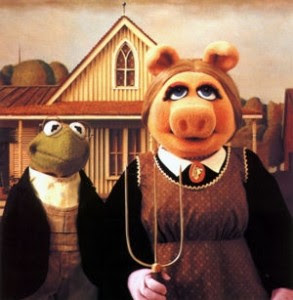 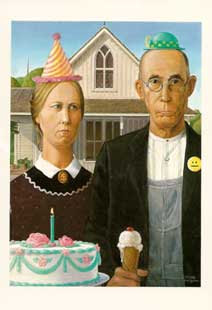 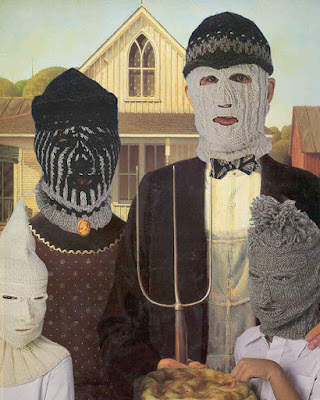 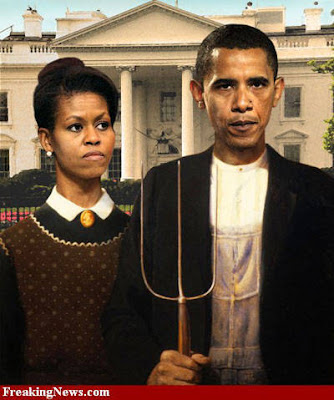 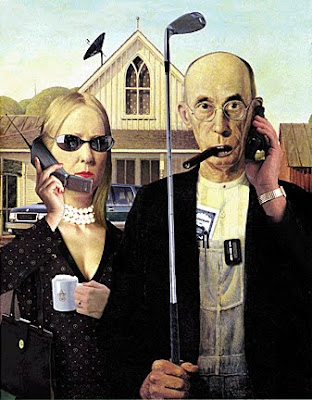 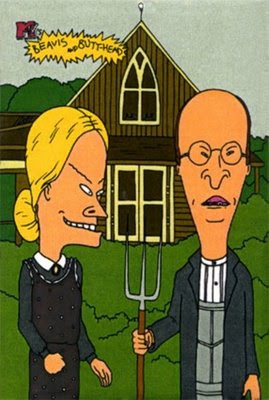 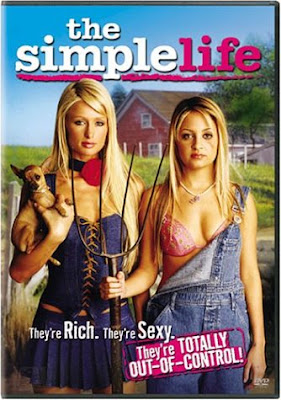 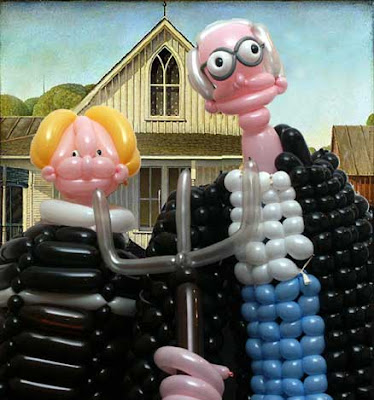 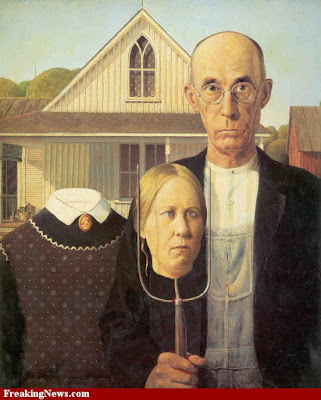 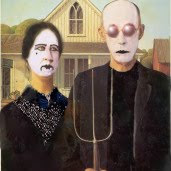 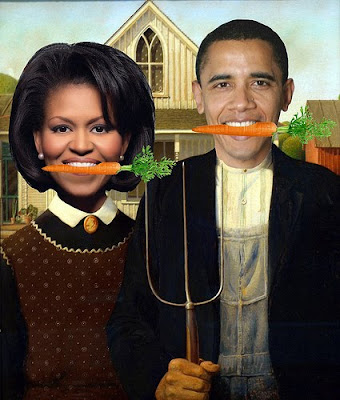 Classic hey? And there are hundreds more out there. Man am I glad I made it into a generation with the internet.
Some more history and a bit of geography for you, Wood entered the painting in an art competition at The Art Institute in Chicago, where he won the bronze medal and a $300 cash prize. The institute later bought the painting and it still hangs there today.
I’d love to see it some day.
Happy Creepy Monday folks.