Do you remember what you dreamt last night? Considering what we’re living through, there’s a greater chance it was a nightmare.

A Turkish study shows a correlation between exposure to violent content and bad dreams. In fact, test respondents shown severe images, were thirteen times more likely to have intense dreams. The same with pornography; people who indulge in boobtube before lights out are more prone to wet dreams.

It’s an obvious outcome; of course what you put in is what you get out. But think of it in terms of our experiences. Who needs cheese or Stephen King before bed, when you’ve got taxi strikes, out of control crime and soaring rape statistics? The state of South Africa’s collective dreams must be apocalyptic.

We spend more time sleeping than doing anything else, and we dream for at least ninety minutes to two hours every night. Essentially we produce two episodes of Game of Thrones behind our eyeballs daily. With that much brain activity, it’s no surprise that dreams play such a big role in our waking lives too. Especially in South Africa, where dreams hold massive cultural significance, influencing everything from people’s physical and mental health, to decisions related to love or careers, and even how people gamble.

Fa-fi is a game of numbers, where the numbers the player selects are determined by what they’ve dreamt and what the spirits tell them. A dream about robbers could lead you to bet on the number seven. A dream about a big fish means you need to bet on thirteen. And a dream about the sea could guide you to the number three for ‘big water’, or twenty-nine for ‘small water’. Twenty-six for bees, thirty-six if you dream about a stick. The list goes on.

So back to the dreams at the core of all of this, could more violent dreams, as a result of a more violent society, impact our behaviour and outcomes? I’d bet on it.

The only way I could think to measure whether our dreams have become more violent was to ask someone who deals in dreams. Sangoma Umphilise is a Traditional Healer and dream analyst in East London. He also has a Facebook page, Twitter and Instagram feed, so he can reach your ancestors, and the 18 – 25 demographic.

Sangoma Umphilise has definitely seen an increase in violent dreams in his clients. He says we’ve neglected our cultures and customs, so the dream spirits are angry.

Gogo Ntombi, a Traditional Healer and psychology student in Cape Town, has also seen an increase in negative dreams in her clients, but is quick to point out that it’s natural for people to go through stages in their lives where they’re prone to more hectic dreams.

Dreams guide all Sangomas in their path to becoming traditional healers. Eighty percent of Umphilise’s guidance comes from the spirits who have possessed him, and communicate with him when he’s sleeping. Umphilise will also consult with his clients’ ancestral spirits, and sometimes he throws bones to confirm the messages that are received in his and their dreams. While Gogo Ntombi believes that dreams are an ongoing conversation with the other side.

I used to have this recurring dream where my teeth were falling out, and another where I would press my foot on the brake pedal, and it wouldn’t work. Both are textbook scary dreams, relating to a feeling of lack of control.

I know this because dream dictionaries abound in Western culture. They’ll tell you that if you dream about being pregnant, it represents the birth of a new project. Being naked talks to vulnerability. Dreams of snakes, exams and falling are also all symbolic.

But according to Umphilise, dream imagery isn’t as clear-cut for Traditional Healers. Your dreams are based on your clan, although there are a handful of common dreams, which cut across every clan. For example, a dream of dogs is related to your ancestors. Dreams of bank notes speak to a fortune, coins mean death. Goats symbolize a ritual that needs to be performed.

But for many Traditional Healers, dream analysis is based on what your specific ancestors have to say, or the slaughter of a chicken, or the way the bones fall. And Gogo Ntombi believes that dreams are specific to whatever her clients are experiencing at that point in their lives. Which takes us back to how the violence we experience impacts us on every level, even subconsciously. But then this is South Africa, we do things differently here. We even dream differently.

Only when Technicolour was invented in TV and movies, did people start dreaming in colour again. Which suggests that there’s a critical period during childhood, where what we see or watch has a major effect on the way our dreams are formed.

If you watch a dog sleeping, you’ll notice that their eyes do the same thing humans eyes do, indicating that they go into REM sleep cycles. Both sleeping dogs and cats eyes twitch, their lips move and they make small sounds, that lead us to believe that they dream just like we do. What they dream about though, is another story.

We forget about 60% of all our dreams within five minutes of waking up. 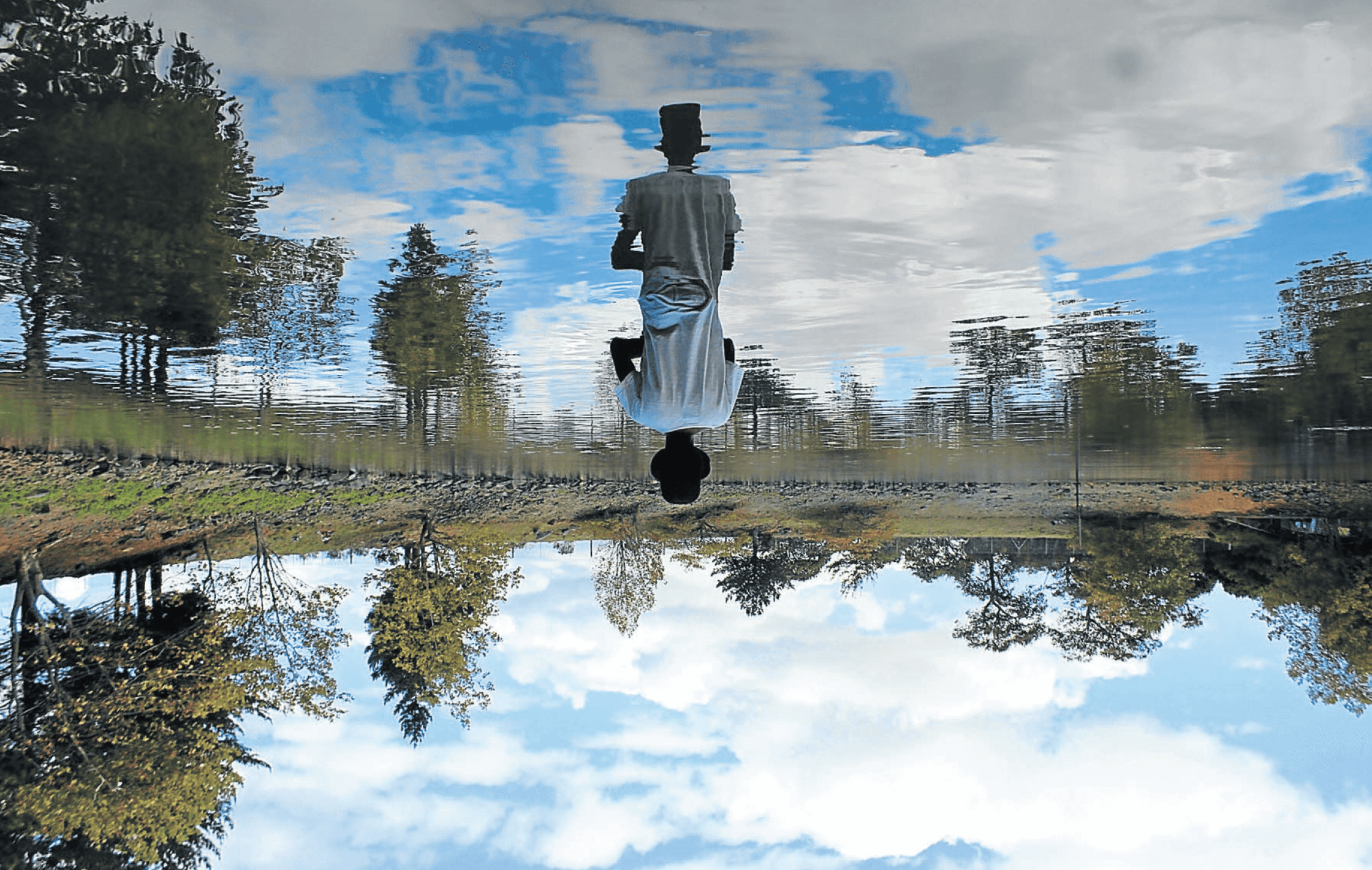 “I took this image titled ‘Inside Outside’ all alone as the photographer and the subject. I was inspired by a documentary I saw about lucid dreaming and I wanted to portray being a dreamer who is conscious both in ‘his’ dreams and reality.”