I wrote a letter to my love – Feb Conch

So you arrive in space. It’s 11:32 on a Tuesday morning. The aliens gather round and you have to explain how and why we date. And it’s the most awkward hour of your life, then they send you home again. Nobody even offers you a cup of coffee.

Have we really thought this pairing-up system through properly?

Two people find each other through a random hit and miss strategy, based largely on timing, location and alcohol. Then they bumble around for a bit, to see if they can make it work. Combining lives, families and genitals. Sometimes it goes well, sometimes it goes apocalyptic. It’s like a wild stab in the dark with a Taser.

And it’s not just modern dating. In December, I found a stack of letters in an antique shop in the middle of the English countryside. I suppose you could call them love letters. They were sent from 1954 to 1957, between Peggy, a schoolteacher with hypochondriac tendencies, and her long-distance and slightly dreary beau, Charles, a researcher, interviewing to get into the civil service.

Peggy and Charles wrote to each other during the week and spent most weekends and holidays together. My friend Sarah and I sat by her fireplace and she read the part of very serious Charles, and I played Peggy, with a headache, then backache, then something inexplicable that kept her off school for weeks.

I wish I could tell you the letters were romantic and beautiful. But relationships were clearly no less complicated in 1954 than they are today. Sure, one of two of them were sweet, even sexy. In one, Charles says, ‘… for instance traveling in on the bus this morning I suddenly found myself recollecting the sight of your reflection in the driver’s mirror of the Morris…’

But on the whole their romance was littered with spats, accusations and negotiations, as well as the minutia of a relationship. Two of the envelopes have Peggy’s shopping lists scribbled on the back in pencil, she needed to remember ‘hair pins, hair lacquer, pearl nail varnish, an unbreakable comb, white gloves, laurel razor blades, 6 eggs, tea, sugar, Tide and small cornflakes.’ And at some point Charles felt the need to tell Peggy how hard it was to push his bicycle up a local hill, for four pages.

They seemed to spend the first two days of every trip fighting. After one scolding letter, I wondered why they stuck it out? I wanted to shout at them; come on, get a life. Charles, you need to find someone who doesn’t always have a headache and mentions marriage in every second letter, and Peggy, surely you’d be better off with someone with a sense of humour?

I could understand if they stuck it out because the sex was stratospheric, we’ve all done that. But by the end of 1957, over three years into their relationship, they’d still only ever held hands and kissed.

Maybe it was as hard to meet someone good back then as it is now, so they decided to hang on and hope for the best.

A smart, funny woman I work with has been seeing a guy who hasn’t been able to make up his mind between her or his ex, for five years. We settle, because in the moment, maybe something, anything, this thing, is better than nothing. And I reckon that’s the point at which the aliens collectively roll all three of their eyeballs at us.

Finally in the third-last letter, Charles included a list of family to invite to their wedding. I don’t know if they had a happily ever after, but I hope the sex was worth the wait. 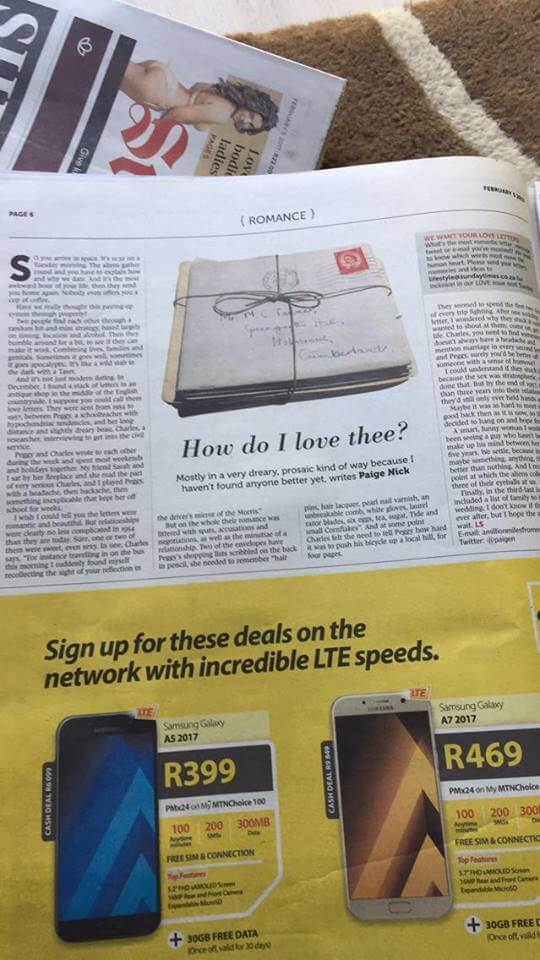 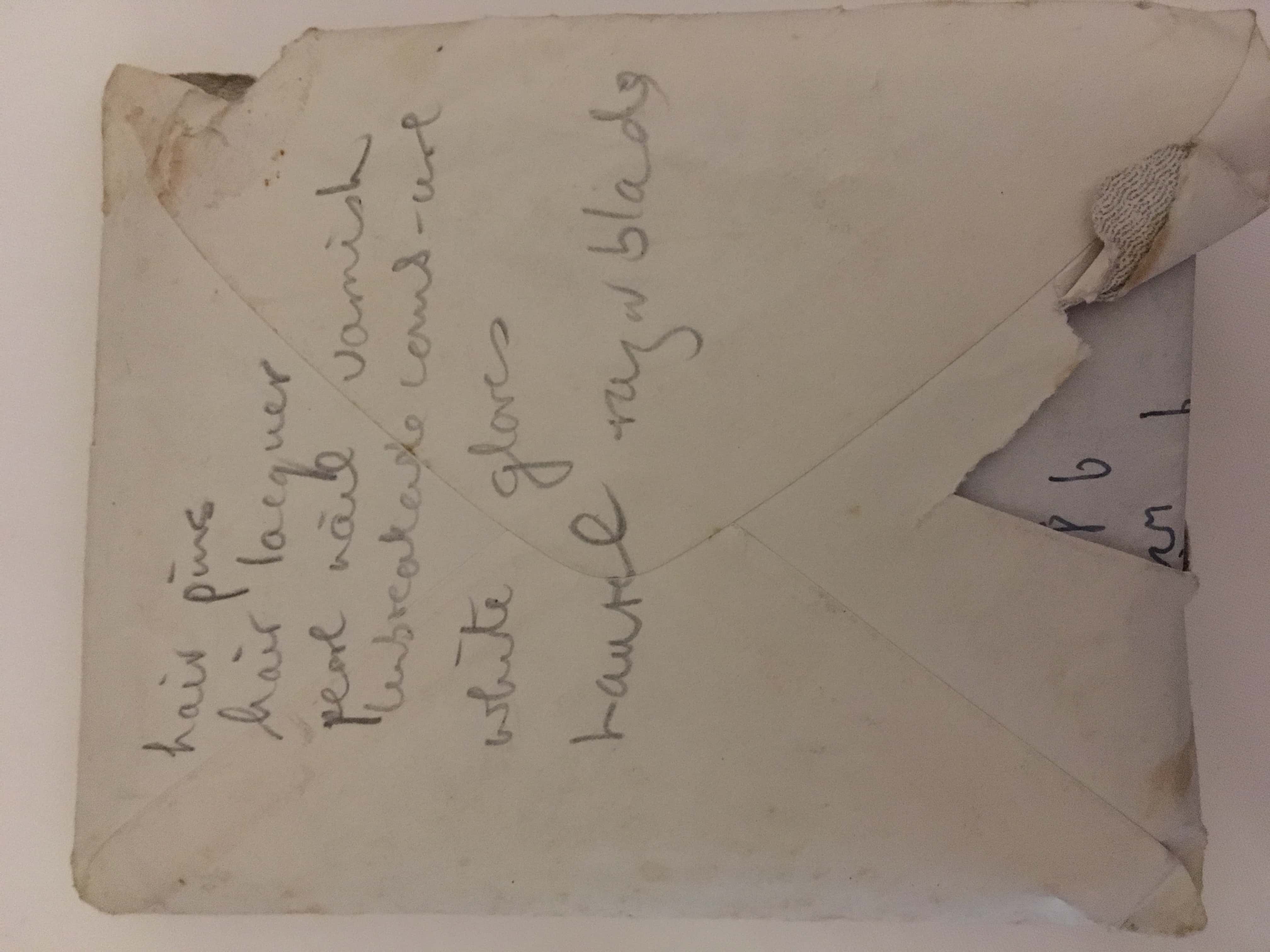 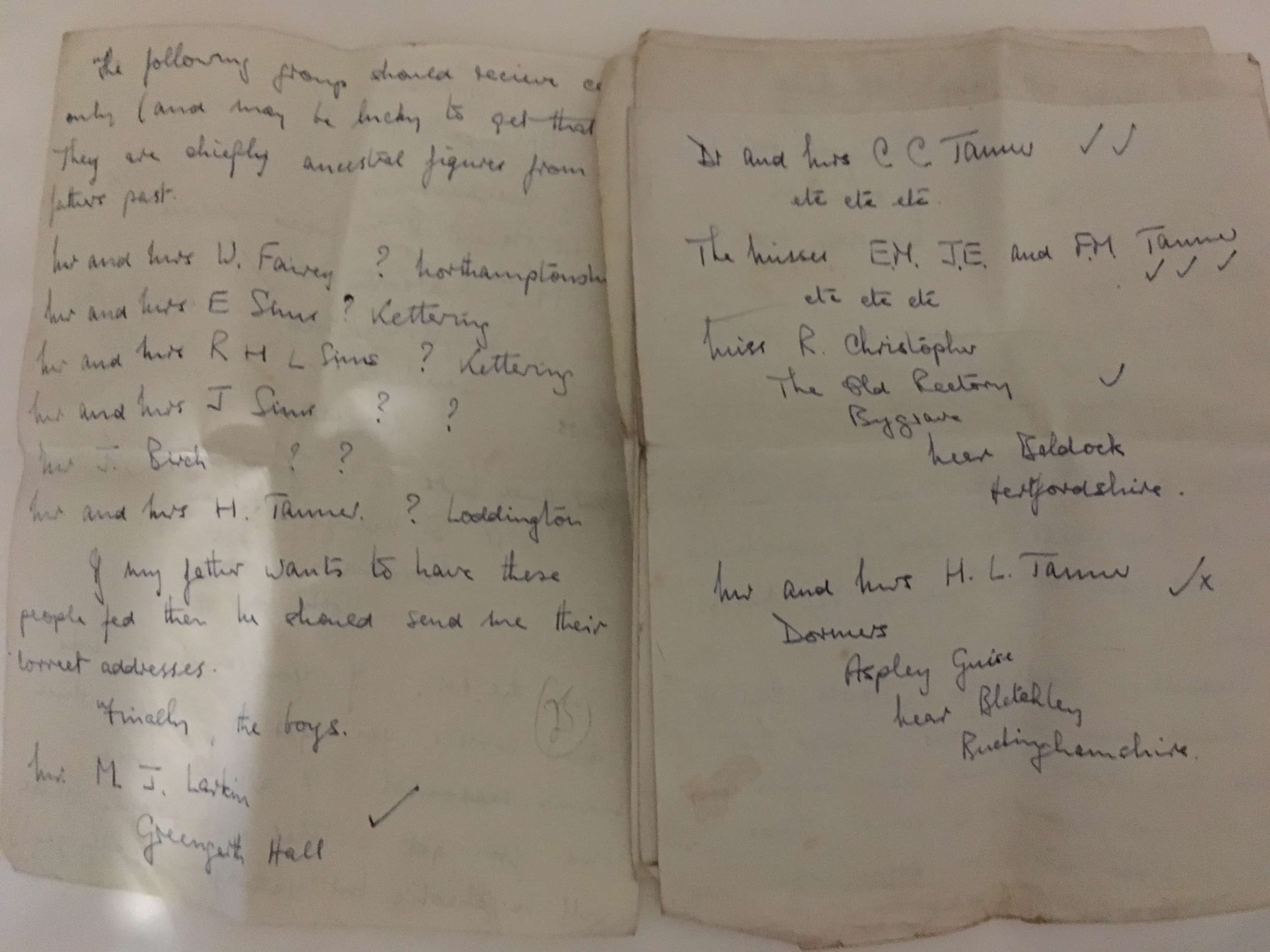 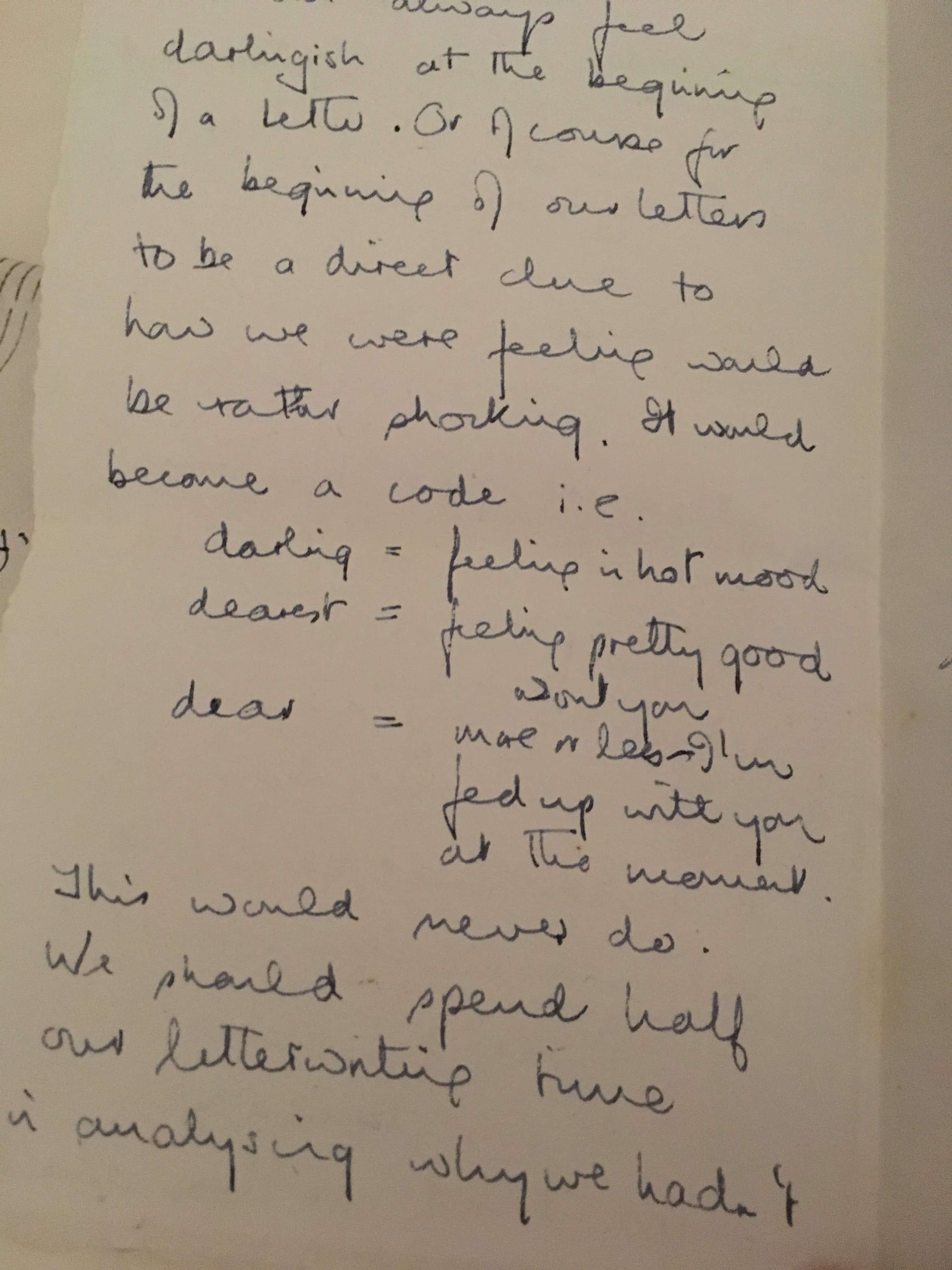 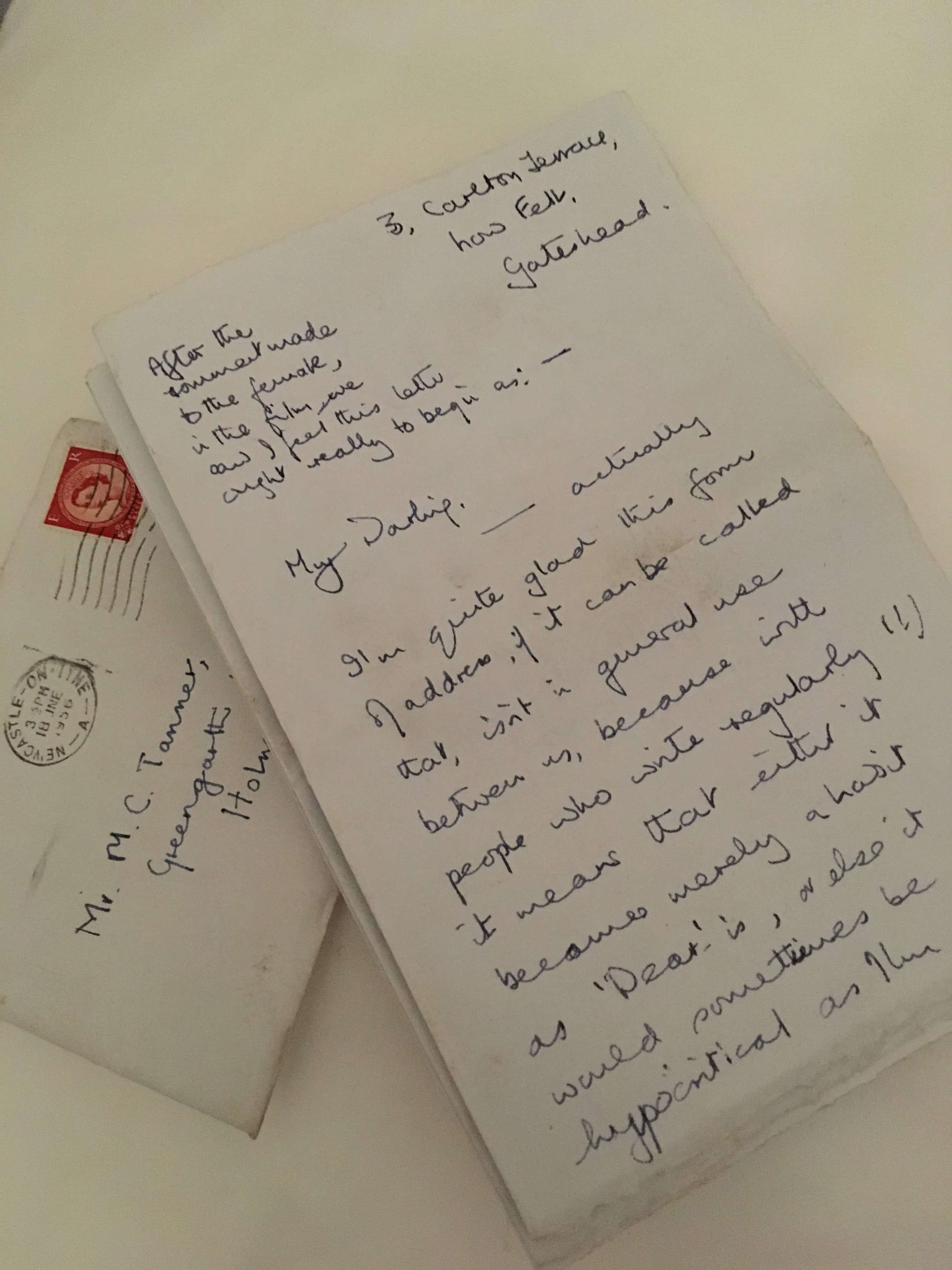 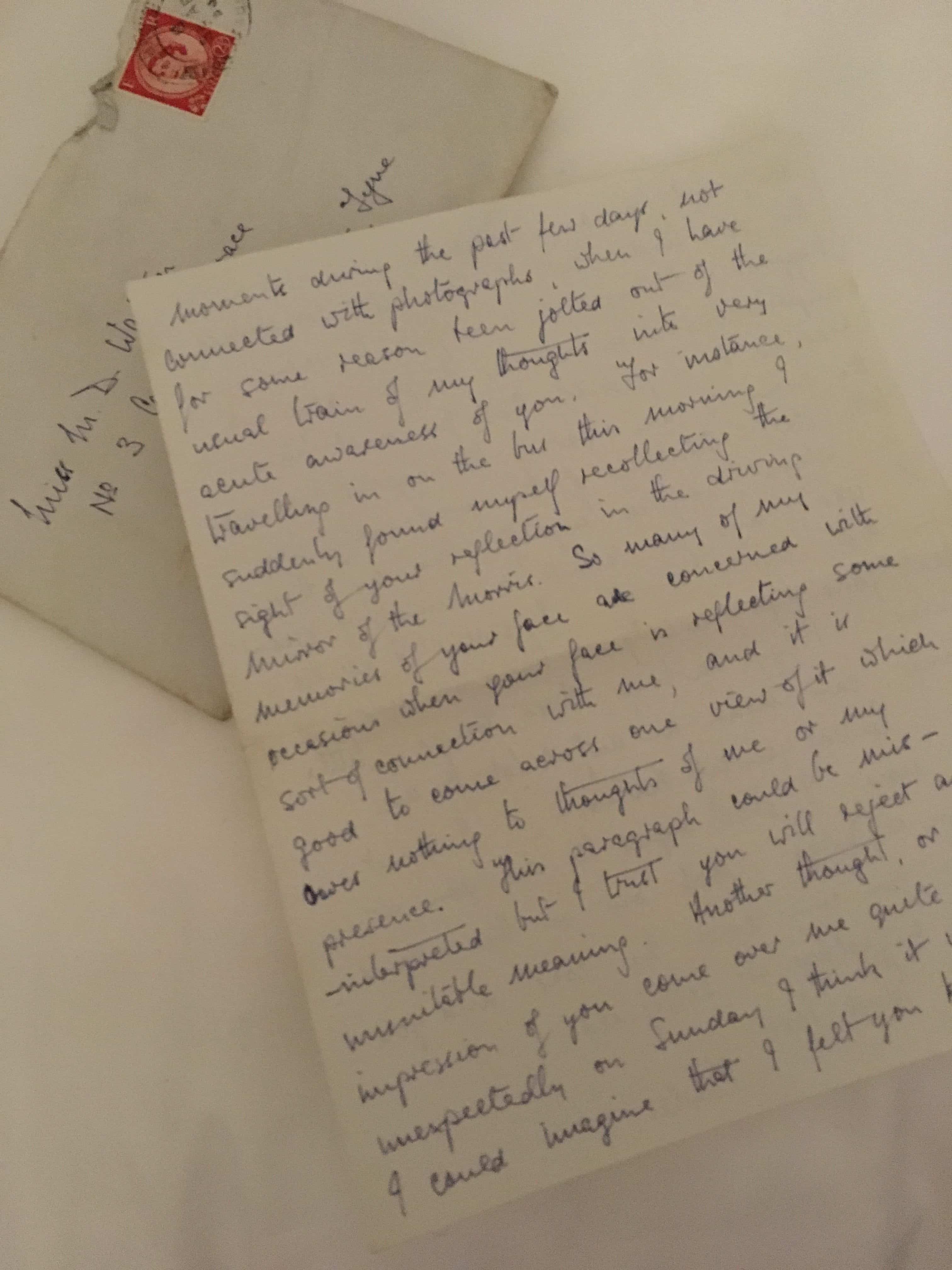 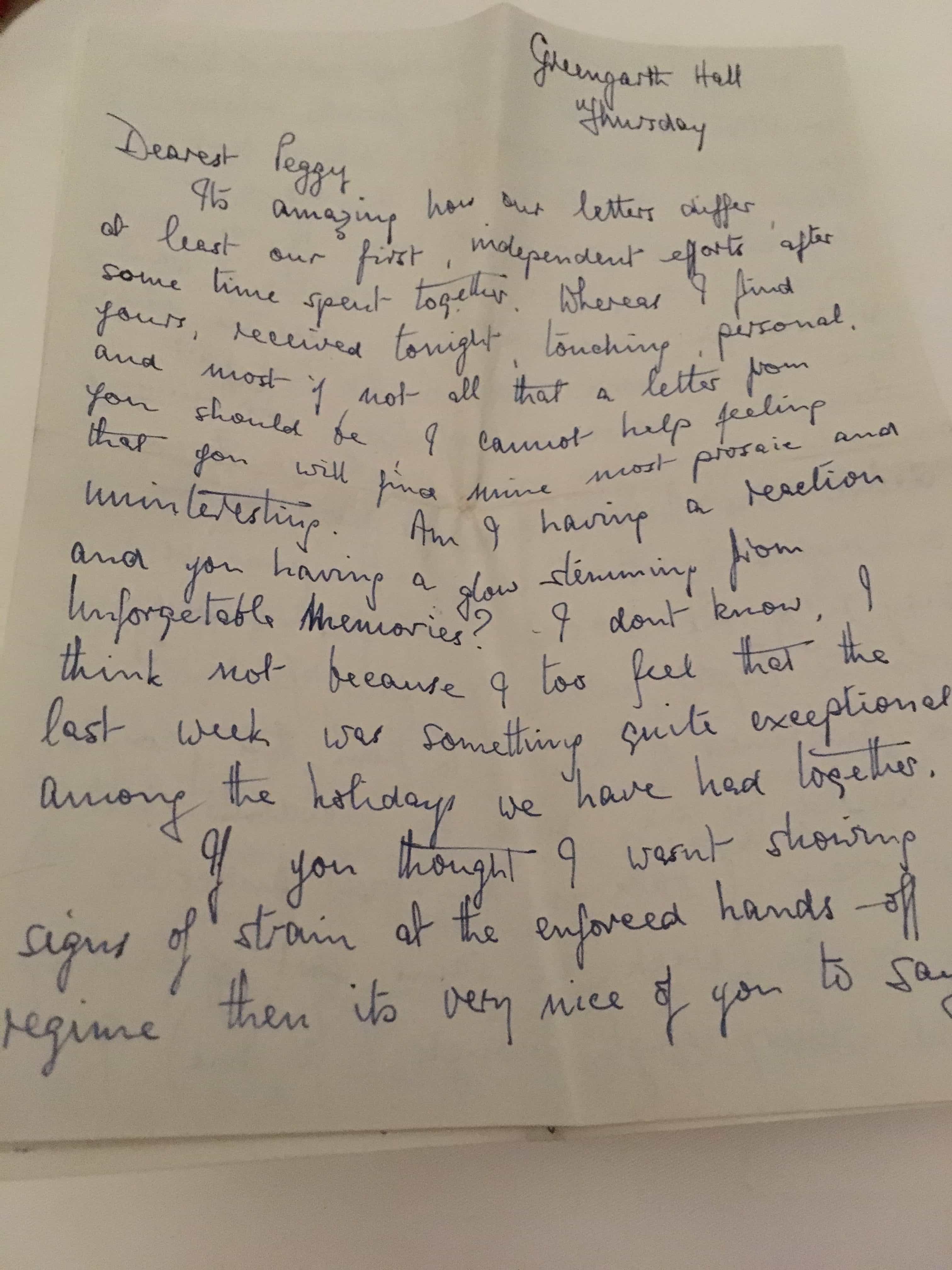 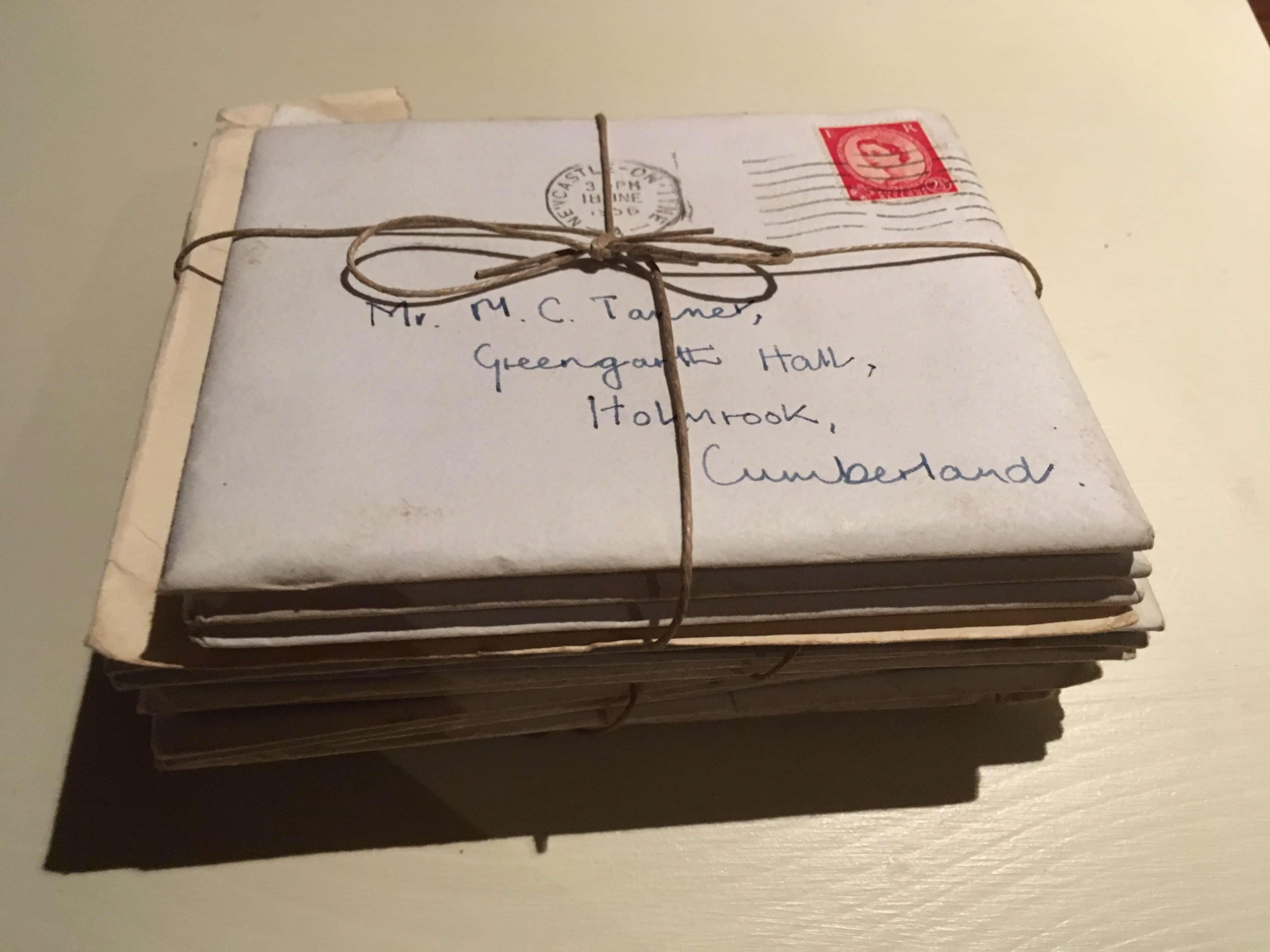