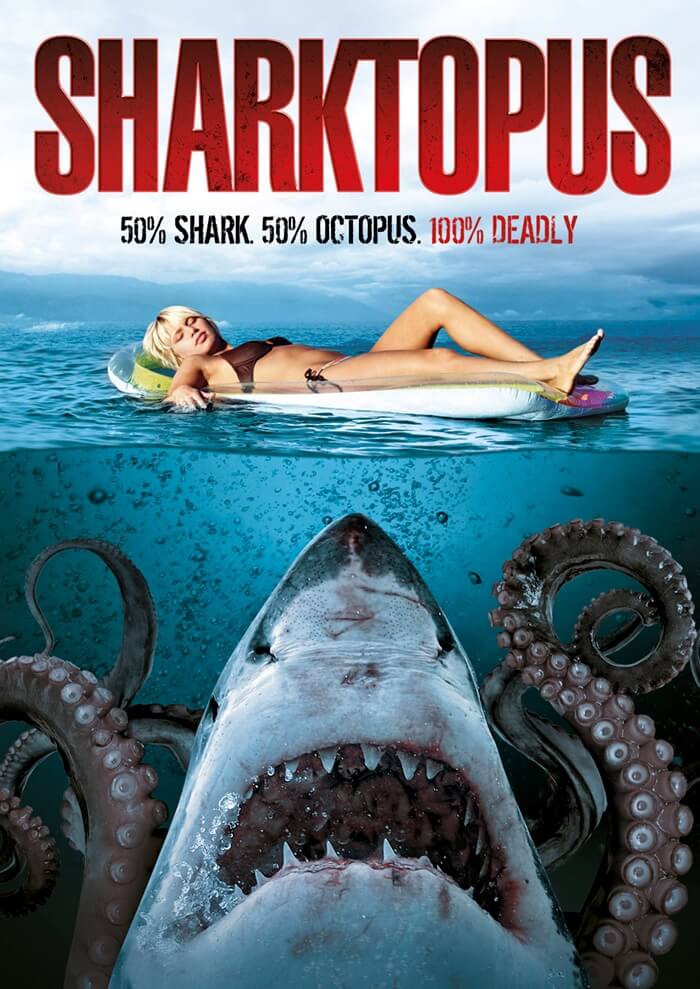 Somewhere in the world it’s no longer Monday, but right now that’s what we have to contend with.

Hope yours is a good one. Here’s yesterday’s Sunday Times column.

Hollywood might have finally lost the plot. This week a colleague pointed me in the direction of a movie trailer for a straight-to-TV movie that just launched in the USA, called ‘Sharknado’.

On YouTube the trailer already has five million hits after just two weeks, and according to Wikipedia, over 1.37 million people tuned in on the night it was launched. The film trended on Twitter, and has already become a cult classic.

It makes you wonder, have we now made every single shark movie and every single tornado movie imaginable, and so now all that’s left is to combine the two?

The Sharknado plot is entirely ridiculous, but then that’s part of its charm. It’s 86 minutes of Dolby digital bizarreness and gore, stapled together with clichés and plot flaws.

After a freak hurricane hits LA, hundreds of thousands of man-eating sharks get scooped up in tornado-like water spouts which tear through the city, flooding it with man-eating-shark infested sea water. Cue the hero, a bar-owning surfer who goes on a mission to rescue his daughter and ex-wife, as sharks literally fly through the city streets annihilating people. Eventually he ropes in a pilot mate and they decide to stop the incoming sharknadoes by tossing bombs at them out of a helicopter. As you do.

The movie has everything one might look for in a prime B-grade thriller – lots of guns, chainsaws, the odd crossbow, and tons of shark blood and guts. There’s also a fair amount of shrieking and women in small tank tops with big boobs popping out. It’s full of great B-grade movie dialogue too, like this corker; ‘There are just too many of them, we’re going to need a bigger chopper!’

When the movie started to trend on Twitter and blow up on the internet, a representative from the National Weather Service in the USA, who clearly has a sense of humour, put out this statement informing the public what to do in case a Sharknado hits their city; ‘As with any waterspout or tornado, the best advice is to be in an interior part of the lowest floor of a sturdy building—and not outside, whether sharks are raining down on you or not.’

This is just one in a sling of current movie Frankensteins; Sharktopus, about a man-eating half shark, half octopus launched in the states in 2010, with its sequel, Piranhaconda, launching in 2012.

What’s next? Perhaps once we’ve made every single slasher movie imaginable, and every single rom com, we can splice them together to make the first ever Slasher Rom Com? Bring on Notting Hill – The Blood Bath. Or Bridget Jones’ Serial Killer Diary.

Mashups are just so huge right now – that’s when you take two things from popular culture and smash them together to make a new thing. I’m not sure where this all started, Brangelina was probably one of the first name mashups. And more recently Kim and Kanye mashed up directions in naming their youngest North West.

The novel, Pride and Prejudice and Zombies is a literary mashup that was launched in 2009 by Seth Grahame-Smith (crediting Jane Austen as co-author). The novel quickly made its way to the top of the New York Times bestseller list. It combines Jane Austen’s classic with all the elements that make modern zombie fiction – lots of death, guts and ninjas. According to interviews with Grahame-Smith, the original text of the novel was perfectly suited for use as a zombie horror, although I’m not sure that’s what Jane Austen had in mind when she wrote it.

So in the spirit of mashups I’m getting to work on next week’s column now. I’m thinking it could be part column, part song lyrics, part cat video and part motivational poster. I’m hoping if I make it ridiculous enough, it might trend on Twitter by Tuesday.