*Translation: Would you be so kind as to read this. (When they’re not licking their own bollocks, dogs are actually ever so polite.)

Did you know that dogs and cats can talk now? It’s true. I’ve noticed a bunch of them have their own accounts on Facebook and Twitter. I always suspected that cats would be funny, but the dogs you find chatting up a storm online are surprisingly smart, especially if you consider how much of their time they spend licking their private parts and chasing their own tails when they’re not online.

According to this info-graphic I found online, made by a lady named Allison Morris, at InternetService.net, an estimated one in ten American dogs have some sort of social media profile. In fact some pets have even managed to become more popular than their human besties. I really don’t think that when some random dude named Jason put his cat, Sockington on Twitter with the cat’s diary entries, that he had any idea his cat would end up with more friends than he has. One point four million more to be precise.

Dogs and cats are huge online. Dog videos get in the region of 700 000 hits a day, while cats are smugly coming in with an average of around a million daily views. Maru, easily one of the world’s most famous cats, has 139 000 YouTube subscribers. That’s more than CNN. While Mark Zuckerberg’s ridiculous looking dog, Beast, has over 1.4 million likes on Facebook, that’s more likes than Brad Pitt has, and I don’t think Beast the dog has ever even been in a movie with Susan Sarandon, or shagged Angelina Jolie.

According to the same info-graphic, there are an estimated 23 million pets out there with their own dedicated Facebook profiles right now. If you had to gather all of them together in one place, make it very hot, and throw in some Aborigines and a few Sheila’s, you’d have the population of Australia. But the idea that cats and dogs can talk isn’t a new one. Crazy pet lovers have been trying to understand their best friends for years already.

Back in 2002 a Japanese company were the first to bring out The Bow-Lingual dog translator. You put a small receiver onto your dog’s collar, which is connected to a walkie-talkie type contraption. Then when your dog barks the microphone in the receiver records it and compares it to a database of thousands of different kinds of canine barks, to decipher what your doggie is trying to say.

Unfortunately these devices are still quite rudimentary. The one I looked at was only able to categorise the dog’s bark into one of six distinct pre-programmed doggie emotions, ranging from happy to sad, frustrated, on-guard, assertive and needy. I’m surprised it only has the six; anyone who knows dogs knows they have way more emotions than that. There’s also licky, lazy, leg humpy, and crotch sniffy that the manufacturers need to consider when devising the Bow-lingual 2.0 upgrade.

And of course they’ll need to include a whole new set of translations specifically for dogs like Lassie or those St Bernard’s who track down people lost in the snow. With translations for ‘Quick, Timmy is stuck in the well!’ or ‘Hurry, the barn is on fire!’, or ‘Somebody help, there’s been an avalanche on Route 47 and I’ve run out of brandy!’

Even in such a simple form, the Bow-lingual was so successful, that in 2004, the makers brought out the Meow-lingual, for cats. I’m sure that if we had to turn on the translator at this point, cats worldwide would be quick to point out that dogs didn’t come up with it first, the cats just wanted to see how it rolled out before they wasted any of their precious time on it.

But since cat’s four main moods include; indifferent, cynical, sleepy and unimpressed, the Meow-lingual was slightly less successful than the Bow-Lingual. Everybody knows that it takes a lot more than a little piece of Japanese techno-junk to impress your average household cat. I can’t wait for the Japanese scientists to develop these pet translators further, so that we really can have dogs and cats tweeting and updating their statuses on Facebook for real.

I’m guessing the dog’s updates would include sentiments like; ‘Okay you know and I know that hiding the biltong is futile!’ or ‘Why is he looking at me like that? He sees one chewed shoe and he immediately assumes it was me.’ or ‘Please, please just throw the flipping stick already!’ And from the cats… oh who are we kidding; why on earth would cats tweet if they can just sit back and get their humans to do it for them. 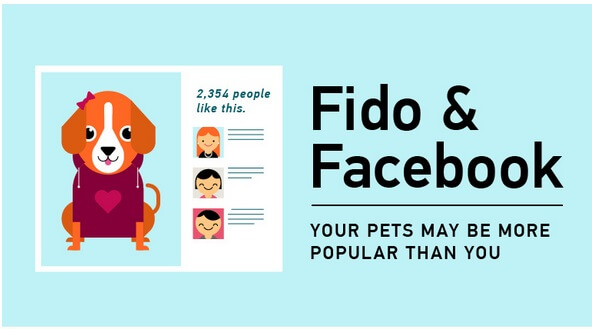 To check out the full infographic in all it’s genius at InternetService.net, just click on the graphic above.