You're going straight to hell for that 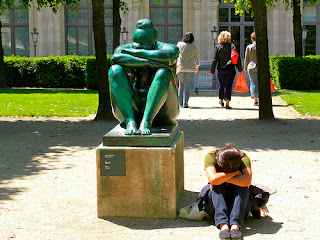 How many photographs do you think exist around the world, in albums, on phones, on flash discs, and on memory cards, of people mimicking statues in museums, piazza’s, gardens and monuments while on holiday? I’m guessing millions and millions. 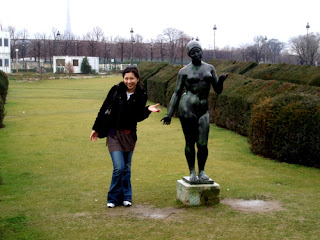 Nobody else ever thought to do that before. 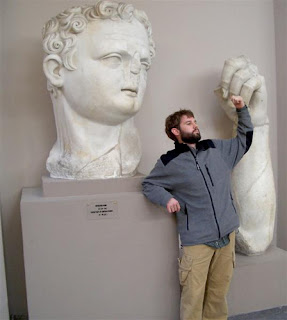 You were the first. 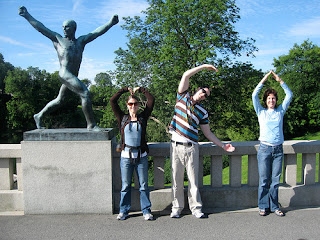 Actually that YMCA one is kind of funny. 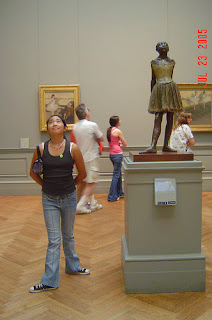 And this next one is really clever, eventhough it doesn’t know it’s being clever. I guess it’s accidentally clever, and that’s what makes it clever: 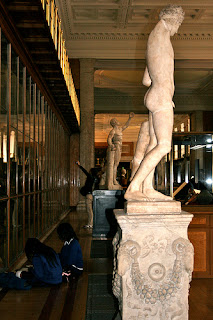 Shame not only does this chick spend her days being shat on by pigeons, but how many times do you think her boobs have been tweaked? I’m guessing thousands. 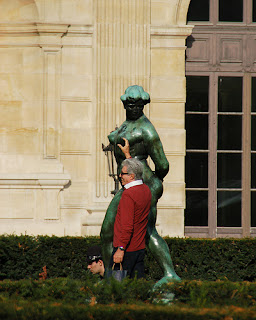 Posing at the Louvre is a blog I rather enjoy. You can find it here, and here is their blurb: 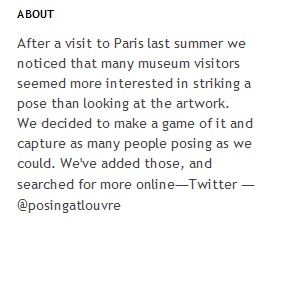 I think it’s kind of funny. 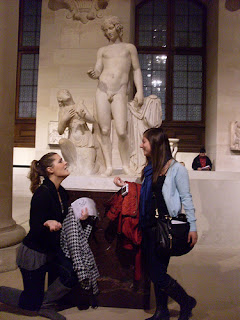 Well that one isn’t, but some of them are.

This one is the classic. You must have seen it already, but I’m including it for the 3.2 of you out there who haven’t. It makes me laugh every time. 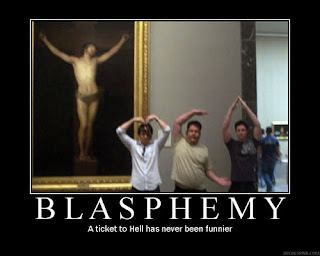 Yes, you’re all going straight to hell for that one!

One response to “You're going straight to hell for that”