For those of you who have been hiding under a crack pipe for the last month, I went to a literary festival in Cheltenham in October, and saw some authors speaking (here are my notes for Salman Rushdie and Bernhard Schlink) and took some notes. Here are my notes on a talk by crazy awesome author, James Ellroy.

James Ellroy is a talk I’m only kind of looking forward to. It happens at the very end of the same day as talks by A.S. Byatt, Bernhard Schlink, and three Canadian authors talking about ‘creating landscapes’, so he has a lot to live up to.

The only work I’ve read of his to date is The Black Dahlia, which I enjoyed, but didn’t love. I felt too young for it. It’s mainly set in the fifties, so some of the references hadn’t really resonated with me. 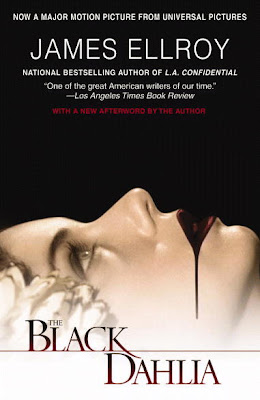 From the very first second he stepped onto the stage, he owned me and the other two hundred people in the audience. He stood at the podium and preached for the first ten minutes in a booming and slow considered drawl. He waits a beat before he says each word, as if he’s considering whether that’s the right word to use. Which you might think would be irritating, but somehow it’s not. Somehow it punctuates his every sentence with meaning, be it danger or comedic. 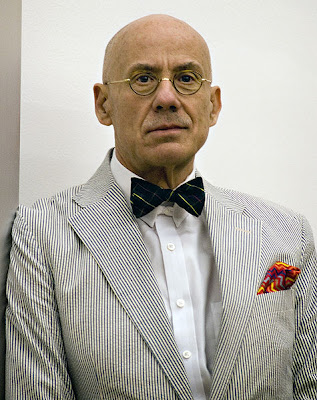 From the podium the first thing he does is to make the audience an offer they can’t refuse. He says he has a once off special deal for everyone, brought to you by his publishers, Random House. He says that if every single person in the room buys one thousand copies of his book tonight, they will be able to go on and have sex with every single person they ever desire to have sex with in this world without consequences.

AND, he continues, if every single person in the room buys three thousand copies of his book, then not only will we all be able to have sex with absolutely every single person we ever desired, every single day for the rest of our lives, without consequences, and get to go to heaven for all eternity, AND on top of that The British Empire will rule forever as the greatest nation on earth.

When the laughter and applause from the very British audience finally subsides, he launches into a series of quotes by TS Elliot. I don’t manage to get them all down, but he says something about being ‘…the death dog of American Literature.’

As he speaks he emanates the strongest scent of God complex of anyone I’ve ever heard. But for some reason it doesn’t bother me. It’s somehow endearing.

He finishes off his rant of quotes with ‘…and tonight this rat hitches you to his star.’

Then he goes on to give us a brief narrative of his life so far, in a very detached sort of way. Almost as if he is talking about someone else. He’s there selling his latest book, ‘The Hilliker Curse, My Pursuit of Women’ which is pretty much his life story as it relates to women, so it’s relevant. But you get the sense that his past is relevant to everything he writes. 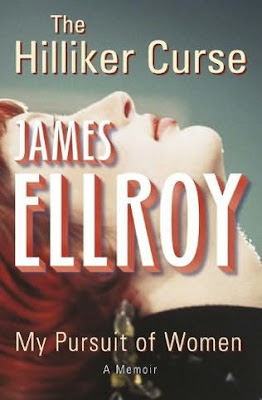 ‘… in 1958, when I was ten, my mother, Jean Hilliker was murdered, east of down town LA in a sex deal gone bad. Three months prior to that my parents were newly separated and I wanted to go live with my father. My mother wouldn’t let me go. We argued. I told her I wished she was dead. Three months later she was murdered. In my mind as a ten year old, I had wished her dead, and so had mandated her murder.’

My Dark Places was a book Ellroy wrote in 1996, about his return to LA as an adult, and his attempt to solve the case of his mother’s murder. The case remains unsolved to this day.

He speaks of a nervous breakdown he had at the end of his second marriage. You can feel just listening to him that he’s deeply damaged, and feels on the edge of some kind of eruption at any given point.

He says the story of Jean Hilliker is a love story, not a murder story.

A couple of other gems that come out of him over the next hour include:

‘… I have never been left-wing for a moment. Not even in my sleep.’

‘I’m a single-minded guy. I know three or four things, but I know them well.’

‘I have had many conversations with Beethoven, which have been problematic because, one, he’s stone deaf. Two, he does not speak English. And three, I don’t speak German.

He worships Beethoven, almost as a God. Of Beethoven he says:
‘If you’re going to worship someone, why not go right to the top?’

When he eventually sits down and begins to be interviewed by a lady from the BBC I feel as though I’ve stepped into one of his private therapy sessions. It’s almost voyeuristic. She prods at his psyche and tries to unravel his crazy one question at a time.

She asks him quite a bit about religion, which seems important to him, but not in the traditional sense. (Nothing about this man is traditional.)
He says; ‘I have a pastor who looks askance at me. He read half a book of mine and then put it down.’

The interviewer reminds him of a comment he made in an interview in The Paris Review:
‘I don’t want to die, and I’m not going to.’

When the interviewer asks him what he’s working on now he says:
‘It’s my most maniacal, megalomaniac work yet.’

He says his characters are all men on a journey from dark to light, invariably saved by women.

The house lights come on now, the roving mikes come out and the audience are allowed to ask questions.

Someone in the front asks the standard question all the authors are asked. Does he plot, or does he just write?
He responds: ‘I can extrapolate and improvise within individual themes but I do not go away from the plan.’

Another member of the audience asks what he thinks of the movie LA Confidential, which was based on his book. 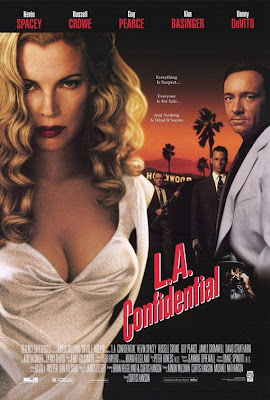 Someone else in the audience mentions Joyce Carol Oates, a famous American author who has published over fifty novels and who raves about Ellroy’s work. He admits to never having read her. Ellroy exclaims at the amount she has written in her time and says with a naughty smile:
‘In other words the quality varies greatly.’

As the session winds down, and the queue to get him to sign his latest book winds around the street corner, I’m struck by the thought that he’s pure crazy and completely clinically fucked, which is probably what makes him such a genius.

3 responses to “What James Ellroy said”