Was your first time your worst time?

WAS YOUR FIRST TIME YOUR WORST TIME?

Remember the first time you had sex? And no, I don’t mean by yourself, that doesn’t count. I’m talking about when you lost your virginity. Strange term that, ‘lost your virginity’ – the word ‘lost’ conjures up the misplacement of things, like your keys or the remote control, or that other sock that goes who knows where. Why lost? It’s not like you’ll ever find it again once it’s gone. Even if you go without sex for a really, really long time, virginity definitely doesn’t grow back, I’ve tried that experiment. Once you’ve lost it, it’s gone for good.

Also, lost is that something that goes missing when you aren’t paying attention. Which is hardly a relevant term here, since the whole losing your virginity thing is generally pretty focused. How many youths spend years, some even decades, wondering when it will happen and who it will be with, and what it will be like, and they have the ancient crumbling condoms in their wallet to prove it. But despite all the thought and research that goes into The Big Event. that certainly doesn’t guarantee that a good time will be had by all when the time finally… er… comes.

They say you never forget your first time, but that’s probably more for the nostalgia of it than the sheer prowess or enjoyment.

Has anyone in the history of the world ever actually had a truly satisfying or even slightly enduring first time? At best it’s a fumble in the dark with a first love, or someone really special. At worst it’s a fumble in the dark with someone only temporarily special and perhaps involving something from your parent’s liquor cabinet, like Coco Rico, Frangelico or Cane.

For the virgin guy it’s generally over quite fast, and for the virgin girl, my guess is most of us simply wish it was even faster.

But don’t be too hard on yourself, you wouldn’t expect someone to instantly know how to make a clay pot after only having read up on how to do it, even if they had hundreds of books on ceramics hidden under their mattress, and they looked at millions of pictures of jugs every night before bed, you still wouldn’t sit them down at a pottery wheel and expect greatness the very first time. In fact you could probably expect some badly handled jugs, and a bit of a mess. That’s because you can’t beat practical experience, when making love or ceramics.

I asked a couple of people on Twitter to dish about their first time. There were a whole bunch that took place in teenage bedrooms, or friend’s houses while parents were out, one in a fleabag motel, one on a deck chair in a garden, one in a tent, and an awful lot in cars. I can relate, my first time was in a car, and not even in the back seat (we were clearly more agile back then).

One friend lost hers under a Hobie Cat on a beach on holiday in Plett, another did it in a park out under the stars, which was lovely and romantic until she woke up the next morning and in the cold light of day discovered they must have rolled in dog poo while doing it, because there was a terrible smell and her coat was covered in it.

And when asked how these first times rated on a scale of one to ten, one being smug, and ten being beyond awful, most of them sat between an eight and a twelve.
So here’s a more interesting question, since we clearly all remember our first time. Does anyone remember their second time? You’d think that would be the one we’d be more keen to hang onto. At least we know where everything fits by then, so there should be slightly less of the awkwardness.

Or instead of the first time being the one that’s so memorable, maybe it should be the first time that you get it right that we should remember in slow-motion detail. Whether it’s the fifth time, or the fiftieth time (hey, some people are slow learners). 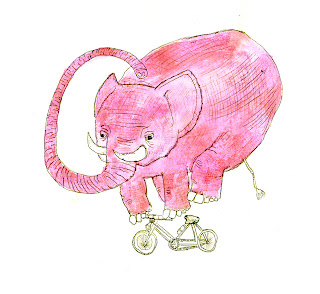 4 responses to “Was your first time your worst time?”