So I barely ever, hardly never ever blog about advertising. Just to keep things tidy. But we’re about to launch a really cool campaign, and I wanted to share.
One of our very clever clients, kulula.com are turning 10 this month and to celebrate we figured out that they’ve flown over 55 million kilometres in the past ten years. Which is from here to Mars. Which is flippen, fricken, blimming far, if you ask me.
Anyway to celebrate this pretty astonishing event kulula have bought a ton of actual land on Mars. Acres and acres of it, enough to build an airport and a runway, and have some left over to give away to anyone out there who thinks they might like to relocate one day. (Check out the kulula page on Facebook if you want to enter.)
We also shipped in a UFO (an Unusually Freaky Object) we bought from those wonderful folks in the Lunar Nebular Zorxbox Region of Uranus (They were having their annual Lunar Eclipse Sale) which will be making it’s way around the country over the next couple of weeks. Beaming people up and probing them where possible.
Here’s a sneak peak so you know what to avoid if you don’t like being probed, or what to hunt down if you rather enjoy a good probing. 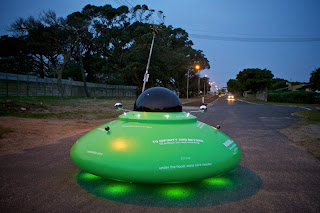 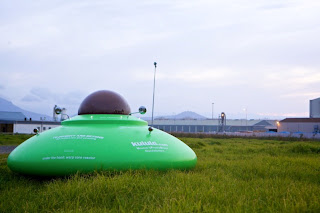 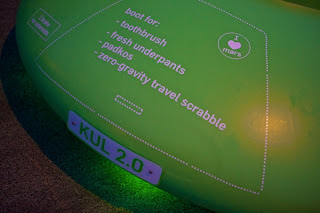 right then, so off we go, to infinity and beyond.