To be honest, I’m not 100% sure what it was I was googling when I came across this beaut. Probably best not to ponder that.
But this is what I found – an entire website devoted to strange things you might see on the subway. 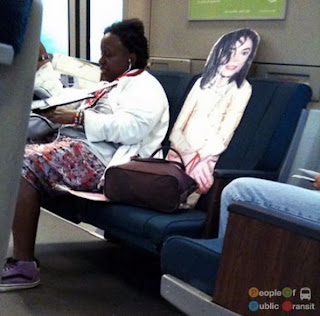 Like cardboard cutouts of Michael Jackson with a handbag. 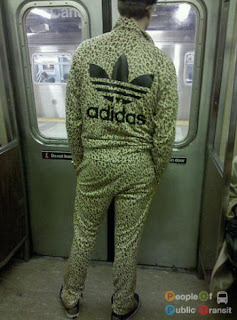 Or leopard man, waiting to pounce. Or… 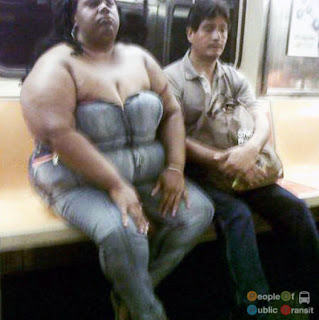 Yeah, I don’t really know what that is either. I wrote three descriptions but then deleted all of them. None seemed quite appropriate. 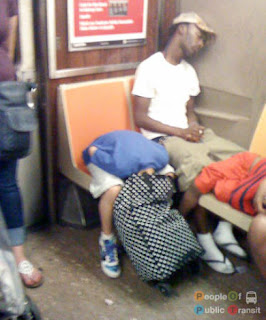 One day maybe i’ll get the guts/a death wish/giant cahones and then I’ll travel on a South African train with a camera, and try snap some local versions of these shots. 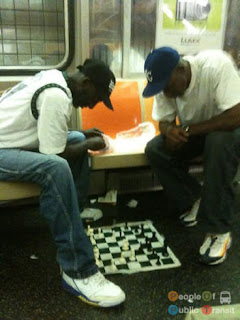 But that day is unlikely to come any time soon, so we’ll have to just enjoy these internationally grabbed snaps. 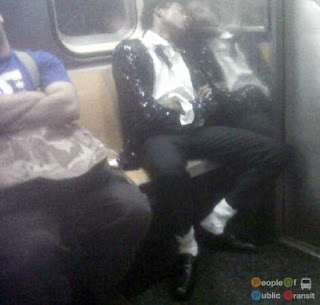 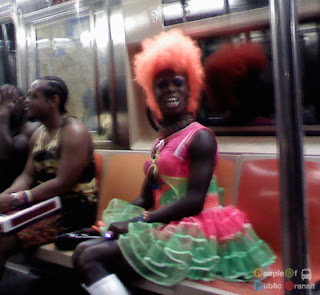 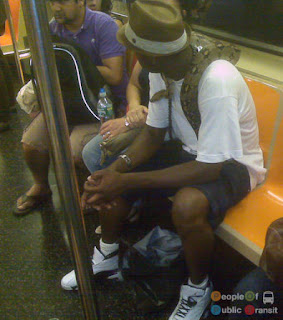 Next stop – The Zoo. 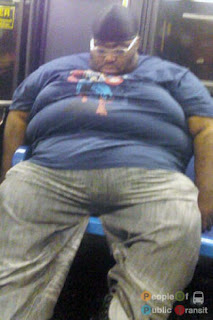 Okay yes, that is annoying. I’ll stop that immediately. 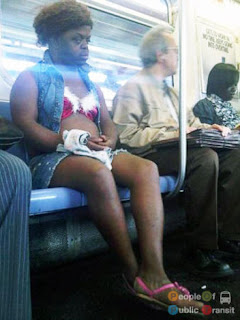 Sure, why not. I was just on a train the other day, wearing that. 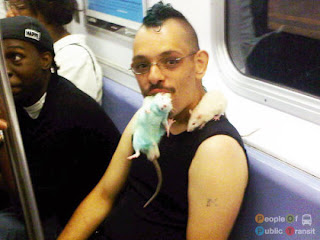 Do you think he brought those rats onto the train with him? Because I’ve been on those trains and he probably didn’t need to, there are plenty of them already on there. 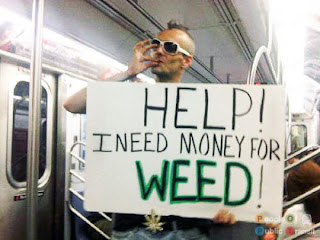 I’m going with that guy. 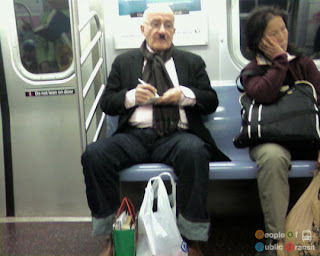 Well Charlie Chaplin/Adolf Hitler needs to get from point A to point B too, you know! 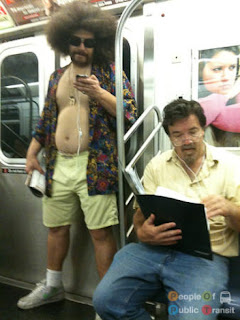 A man reading a book, yes that is a strange thing you might see on the subway. 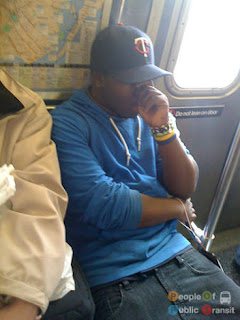 He wants his mommy. 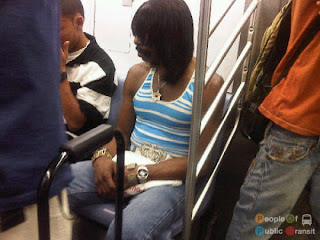 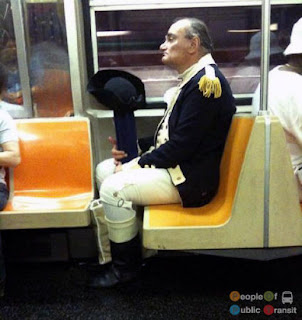 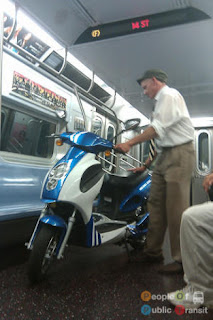 Ummm… I think that guy’s missing the whole point of owning a scooter! 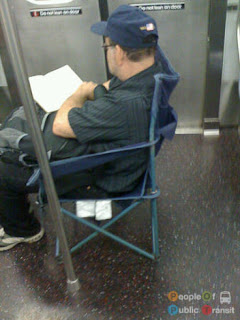 I wonder if you still have to get up for an old person or a pregnant lady if you take your own seat? 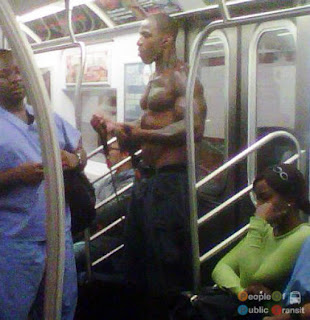 If you want to see more of these crazy shots, there are hundreds over here. 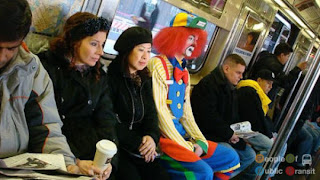 Hey, who’s that clown in the yellow scarf? 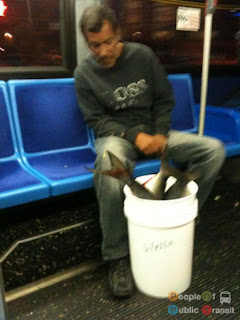 See, the old saying is true, there are plenty more fish in the train. 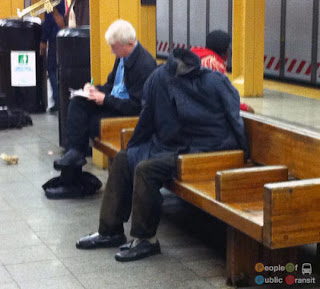 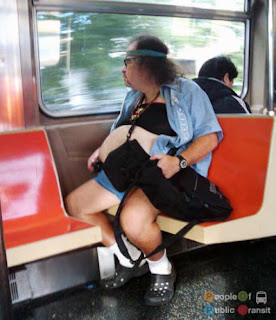 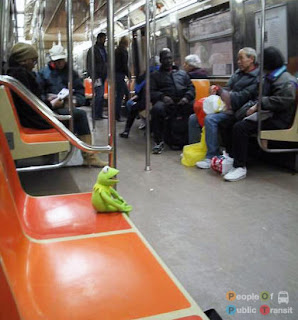 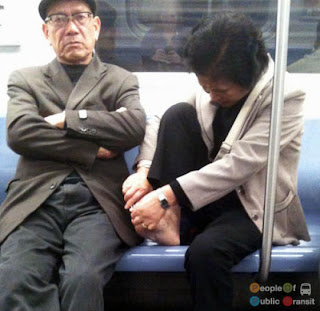 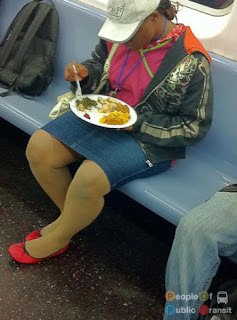 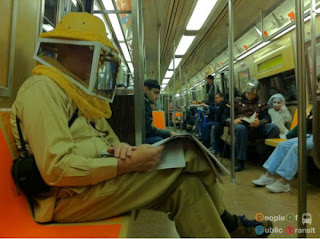 Have a wonderful weekend, everybody. ﻿
﻿

1 thought on “Strange things you might see on the subway.”