My friend Wendy has an hilarious blog. If you want to laugh your ass off go there immediately. If you’re happy just to chuckle a bit, or smile a little on the inside, then stay here and i’ll see what I can do.

The reason I mention Wendy’s blog is because she found this picture I’m about to show you, and it inspired me to steal it and then write this post. 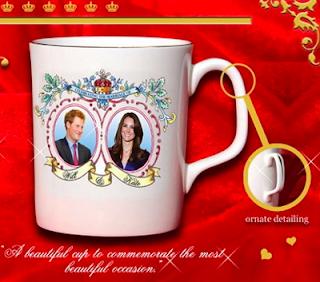 It’s a Royal Wedding souvenir, but they’ve gone and put Kate with Harry instead of Wills. I know, I know, if you’ve seen one royal, you’ve seen them all. But really, this is hilarious.
Then I surfed around and found some more crazy Royalabillia, in celebration of tomorrow’s big day.
This, my friends, is a jelly bean that someone found, and they claim it has Kate’s face on it. Can you see it? 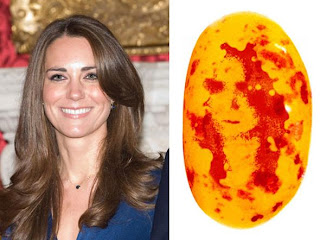 The stoned lucky owners are planning on selling it on ebay for 500 quid. Unless they smoke another bong, then they may just get the munchies and eat it by mistake. 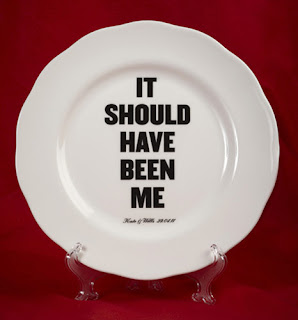 Okay, more crazy commemorative items. I’m loving that mad plate, it’s hilarious.
And then there are these nails: 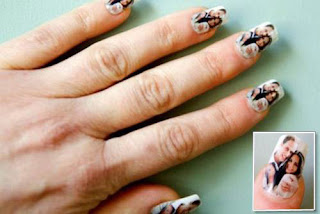 Or this toilet seat cover: 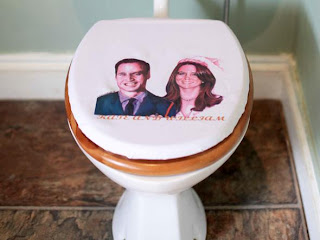 And of course, everyone needs a place to put their crown jewels on the big night, so here are some condoms, specially for that occassion: 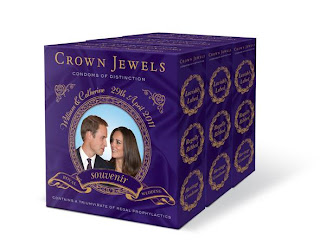 Although the queen won’t be too happy about that. I reckon she’s going to want Kate to turn into a baby-making factory immediately. Or at least until she pops out a boy.

Good luck with your willy on the big night Will. The whole world is watching you. No pressure!