Some children have a terrible time of it.

Their parents drop them on their heads and treat them badly, or their brother holds them down while their other brother tickles them till they fart. Or their mother’s start drinking gin at three in the afternoon and listen to show tunes.

It’s these children who grow up to become wonderful artists, or clever writers, or insightful directors.

I suspect that one such child is Dimitri Tsykalov. 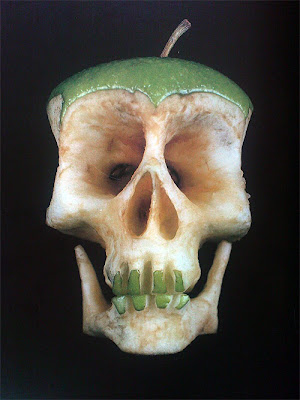 It’s skull art. Made out of apple cores. 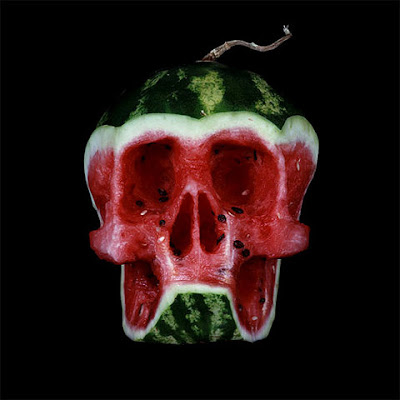 And watermellons, and cabbages: 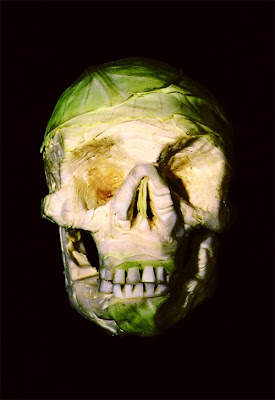 Morbid and macabre, but somewhat fabulous. And totally environmentally friendly as far as art goes.
I suspect it was either make these or become a serial killer. How lucky are we that he chose the former.

1 thought on “Morbid, macabre and magnificent.”